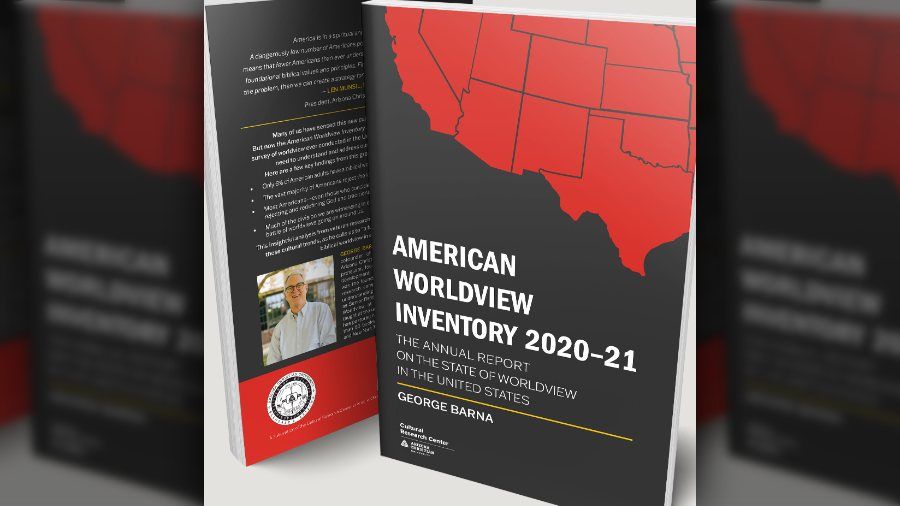 “You do what you believe. So you find in a lot of our research over the years that people would tell us they believe something, but then they live completely differently,” George Barna, PhD told The Stream recently. “So we had to conclude, ‘Well, you may tell us you believe that but if you’re not actually doing it, I don’t think you really believe it.’ So, we measure both of those, both beliefs and behaviors.”

Barna, founder of Barna Group, now works on studies through the Cultural Research Center at Arizona Christian University. He studied how culture has changed and how millennials particularly seem to be embracing socialism more than any other demographic. Barna’s study is called the 2021 American Worldview Inventory. The information about the culture and socialism and Marxist ideologies is a slice of that overall study called “What Americans Find Attractive About Marxism.” It was released last month.

According to Barna, there are a number of beliefs that Americans hold that coincide with Marxist philosophy. “We found, for instance, that 27% of Americans believe that allowing people to own property facilitates economic injustice. … Twenty-three percent believe that individual property ownership is bad for people. Another 17%, one out of six people, believe that the personal accumulation of money and other forms of wealth or practices simply demonstrate how unfair society can be for the people who are doing their best to try to get ahead by working hard. … We found that 41% believe that [race] is used by white people to advance their own economic and political interests at the expense of people of color.”

Barna points out that parents have the responsibility to instill their child’s worldview while they are still young, and that if they aren’t doing it, someone else will. “A person’s worldview begins developing at 15 to 18 months of age, it’s almost fully formed by the age of 13,” said Barna. That’s why it’s so important to develop our child’s worldview early on.

One area of concern is that millennials are the least likely to have a biblical worldview. And only 2% of 18-20 year olds have a biblical worldview. “That’s obviously moving in the wrong direction,” said Barna. “We also … find that millennials are particularly leaning towards socialism. [They are] the generation that says they are most favorable towards it. … “We’ve got more than four out of 10 of them right now who are saying that they prefer socialism to capitalism.”

What Can the Church Do?

The church needs to wake up, said Barna. Some churches are supporting movements that are antithetical to Scriptural truth. He added,

I think that at some point we have to go back and say, wait a minute. What does God say about these things? As opposed to people who are marching in the streets and tearing things apart. So, I think first thing for the church to do is to get back to preaching God’s word. Let’s open it up. Let’s, you know, execute it properly and consistently. And let’s even think about the idea of worldview. What is a worldview? We know most Americans have no idea what worldview means. They don’t know what their worldview is. They don’t know how to go about evaluating their own worldview.

And so, you know, the church has a role with that of trying to be light in that kind of darkness. And it’s imperative that we be preaching scripturally on a regular basis. We know from our research that gets less and less common for churches to be executing the scriptures and to be doing so faithfully.

Barna also worked with Alpha USA to look at Gen Z and their attitudes toward Christianity and evangelism. Jordan Biere, a former youth pastor and national youth director for Alpha USA, spoke with The Stream recently about the study, which looked at 13 to 18 year olds. According to Biere, the study did a “deep dive” into what Gen Z wants when it comes to “life, faith and meaning” kinds of conversations. Biere discovered that Gen Zers talk a lot about their faith. Some of what Gen Zers want includes an authentic faith.

Gen Zers want actions to match Christians’ words. “Fifty percent of Christian teens believe that letting your actions speak as a way to explain your faith is an act of evangelism.” Gen Zers are “longing for the space and the ability to enter into the journey of discovering identity, belonging and purpose when it comes to who is Jesus. And they’re very willing to enter into the mess, which is a really beautiful thing.”

What can the church do? “We just need to create the time and the space for young people to be listened to. And I think what we’ll find is we’ll find the beauty that God is doing in Gen Z and recognize that they bring a lot to the table that could help not just the American church, but even the global church when it comes to, what does the full expression kingdom of God really [looks like].” Biere added,

Gen Z right now especially is asking, do I get to play? Is this for me too? Do I have a role to play here? And the church should have this resounding ‘yes, you do. In fact, you are pivotal in this whole thing.’ There’s a real opportunity for student-led evangelism right now. And we just have to be willing to listen to young people and enter into the mess with them.

Alpha Canada and the Flourishing Congregations Institute, based out of Ambrose University, conducted a study of 2,700 pastors to determine the commitment to evangelism in church leaders in Canada, Shaila Visser recently told The Stream. “We realized that the attitudes towards evangelism and how we live out our faith are changing. … What we’re seeing is a shift towards a preference for sharing our faith through action. And as you know, evangelism takes in both proclamation and demonstration, and in this way, it seemed that the church leaders had a greater focus on demonstration.” Visser is the National Director of Alpha Canada and Global Senior VP for Alpha International.

Yet, this study found that pastors in Canada just aren’t equipping their congregations for evangelizing. “Sixty-five percent of church leaders say that evangelism has not been a priority for many churches in the past several years, and 55% of the Canadian congregations are not [equipped] for evangelism.”

Even with the seemingly dire news, there is hope. Nicky Gumbel, the founder of Alpha, once said, “We’re living in the greatest evangelistic opportunity of my lifetime.” Visser agrees. “And I think he’s right. And it’s not just Canada. It’s not just the United States. It’s countries all over the world. It’s Peru. It’s the UK. It’s the Philippines. It’s Indonesia. It’s everywhere.”

People want to have hope, to know the truth and hope that is in Jesus. “We hope this [study] is a catalyst for conversation among pastors to speak with each other about what is our responsibility as a church in our country to just declare to the nation the truth of Jesus.”

How to Seize This Once-in-a-Generation Moment

Counter Culture: How One Church is Bucking Trends of Lethargy and Secularism