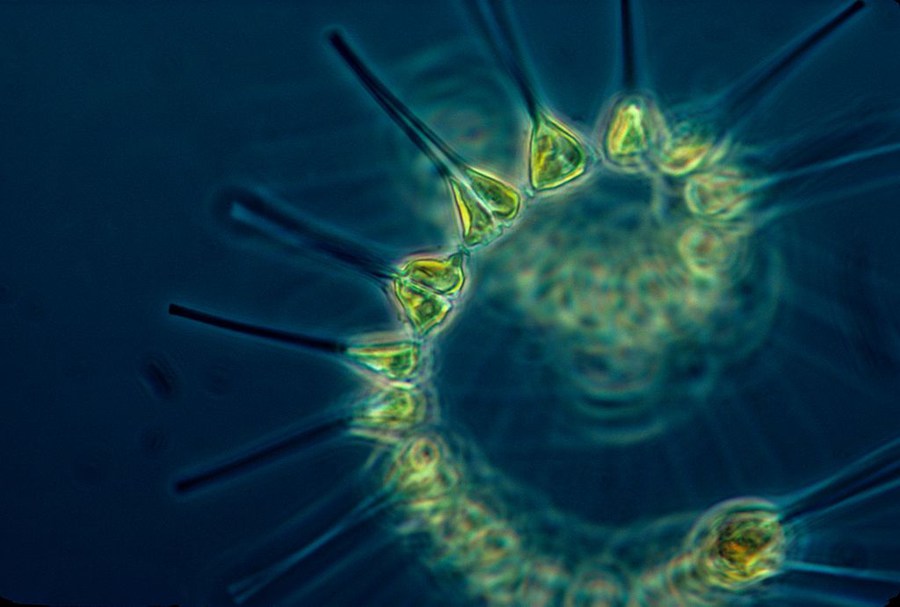 A new paper about how certain chemicals produced in the ocean might cause more atmospheric cooling than was previously believed is causing a sensation, with some asserting there is much less urgency to do something about global warming. Another source hopefully boasted the results will “scupper the Paris climate talks.”

Let’s put the results from this new paper into their proper context and see if the sensation is warranted.

One thing which is beyond debate in climatology — all scientists and not just a “consensus” are in agreement — is that climate models do a very bad job of predicting the climate. The discrepancy between what the models forecast and reality is large and growing larger. Models are running hot.

But be careful. Models should also be able to simulate or capture features of the historical climate. The Intergovernmental Panel on Climate Change (IPCC) agrees that climate models do a reasonable but imperfect job of mimicking what already happened. Yet all that ultimately counts is predictive skill. Any number of models, each built with a competing theory of how the atmosphere works, may fit past data well, but the only real evidence that a theory is correct is that the model based on this theory makes accurate predictions of the future. And the current crop of climate models relied upon by the IPCC do not make good predictions.

The large and growing predictive discrepancies therefore imply that at least one thing is wrong with these models. What might this be?

Some colleagues and I think the models exaggerate how much the heating due to carbon dioxide is enhanced by climate feedbacks. But it remains to be seen whether our guess is correct. An equally, or even more, likely culprit is the way clouds are handled. Even the UN’s IPCC admits, “The simulation of clouds in climate models remains challenging.” And that is a comment about the difficulty of simply getting the models to fit the past climate.

Clouds form when water vapor condenses onto small particles called aerosols, or onto already present water droplets or suspended ice. Without the aerosols, water high in the atmosphere remains in its gaseous state. That means aerosols drive cloud formation. So, to understand the climate, we need to know what produces aerosols.

Oceanic plant life called phytoplankton produce as waste a chemical called dimethylsulfide, or DMS. This bubbles up to the surface and enters the atmosphere where it eventually is transformed into aerosols around which clouds form. These clouds, because of the level and the regions of the earth at which they form, tend to cool the planet (some clouds warm the planet). Roughly, then, warmer temperatures and greater carbon dioxide mean more phytoplankton which means more DMS which means more clouds which means greater cooling. Yet more cooling means less sun and fewer phytoplankton which means less DMS which means fewer clouds. The system tends to remain in balance, all other things equal.

Now this process is fairly well understood and is incorporated into climate models in an approximate way, though there is still uncertainty in the relative strengths of the various interactions. We also know that DMS is not the only chemical that causes aerosol formation. Another important aerosol precursor is the gas isoprene, which is produced by trees and other plant life on land and by phytoplankton in the ocean. Isoprene works climatically in just the same way as DMS.

Previous satellite-based and in situ measurements of the amount of isoprene produced by phytoplankton were around 0.3 megatons per year, yet simulations based on similar data put this as high as 1.9 megatons per year (both are estimates relying on different kinds of models).

And now we return to the paper that is causing the sensation, written by  Raluca Ciuraru and several others. It claims there is an as-yet unacknowledged additional 0.2 to 3.5 megatons of isoprenes that are produced by mechanisms other than via phytoplankton. If this claim is right, it means we have been underestimating the effect of oceanic aerosols by about half. This underestimation would in turn cause models to predict too much heat; or rather, it would cause models to underestimate the cooling effect of certain clouds.

It turns out there is a thin film (anywhere from 10 to 100 micrometers thick) of goo that covers the ocean’s surface, a goo comprised of bacteria, the waste products of zooplankton and other ocean life, dust, trace metals, and so on. What Ciuraru et al. showed was that if you hit this goo with sunlight, isoprene and other chemicals are produced in large quantities. Under ideal, low-wind conditions, that is. When wind speed is high, waves thin out the goo by mixing, and fewer isoprenes are released.

Ciuraru demonstrated beyond any significant doubt that this works in the lab in carefully controlled experiments using both synthetic and actual samples of ocean water their team harvested from a nearby fjord. But how well these results can be extrapolated to the ocean as a whole is anybody’s guess.

Ciuraru and team did make a guess, of course, which was that 0.2 to 3.5 additional megatons. By how much does this influence the climate and how much of a difference would it make to climate models? Nobody knows. But it’s very intriguing. On average, more isoprenes means more and thicker clouds, which means less sunlight, which means fewer isoprenes, which means more sunlight, etc. The stability of the climate may be much greater than we knew.

This paper proves one other thing: the climate debate is not even close to being over.