The six-episode documentary, Welcome to Earth, was released on Disney+ December 15, 2021. 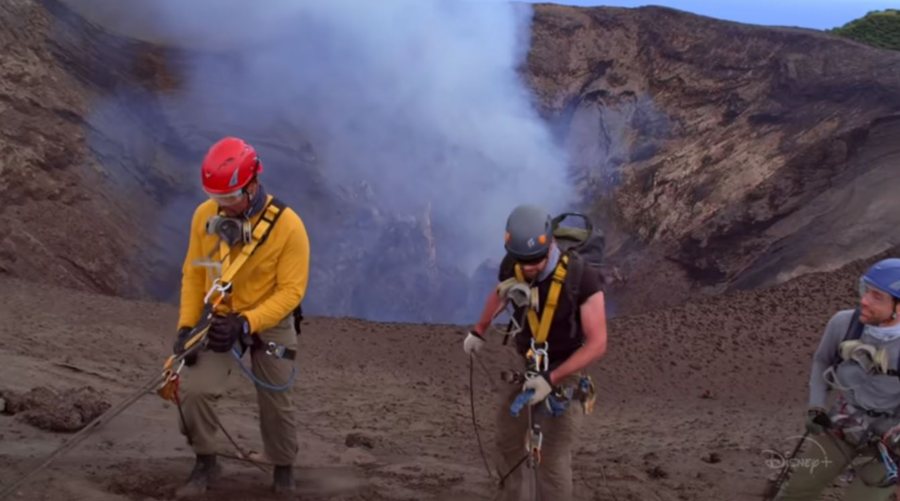 Actor Will Smith hosts the new National Geographic documentary series Welcome to Earth, which was released last week on Disney+. The Stream’s Nancy Flory spoke with director Jane Root to talk about the film’s takeaway, her favorite episode and challenges the crew faced while filming during a pandemic. While the documentary series is only found on Disney+ at the moment, Root expects National Geographic to release it on their platform soon. Even so, Welcome to Earth may be worth a Disney+ subscription.

The Stream: Why did you want to make Welcome to Earth? What drew you to this project?

Jane Root: Well, Welcome to Earth really began in another project that we did a couple of years ago, called One Strange Rock, [in] which Will Smith was the narrator. And he did a little bit of filming for us, sort of topping and tailing, but fundamentally he was the narrator. He said, ‘I’d really love to do it again, but next time I want to go.’ And he was the person who was very determined that he wanted to actually be there. He didn’t want to just read the words afterwards. And so that was really the beginning. Will’s passion was kind of where it began. We’ve been making these kinds of programs for a long while and we’re hugely passionate about it, but the scale of it really came with what came with Will.

The Stream: Will there be more in this series or are the six episodes it?

Jane Root: We’re all talking right now about what happens next. I can’t really tell you because it’s a secret, but we are talking about what comes next.

The Stream: Were there any surprises as you made this film?

Jane Root: Well, I suppose you constantly are surprised by the amazingness of what you discover. I mean, like, I’d sort of known a little bit about volcanoes, but the idea that you could actually be a volcanologist and be blind was astonishing to me. And there were lots of individual things like bioluminescence at the bottom of the ocean. I don’t think I really understood that. There were lots of those kinds of things.

Then in terms of the production, the really big surprise was when COVID hit and we had to completely change how we were making the show. So the Iceland and Namibia films were filmed the end of last year. Before there were vaccines. And that was an extraordinary effort, as I’m sure you can imagine, to actually make that work. So things like that were a real curveball that happened in the middle of everything. But we survived and we continued making the show and it turned out great, I think, but it was definitely harder than we’d imagined.

The Stream: Can you talk about your favorite episode and why that would be?

Jane Root: I think for me, I love the one at the bottom of the ocean because it’s pushing Will to his real limits. He’s scared, he’s not really a swimmer, he’s kind of scared of water. And so to actually see somebody go on that journey and be terrified and then come to recognize how amazing it is, I think it was great. And I think it’s also the fact that the ocean is so unknown. It’s like the least explored part of our planet. [It] covers huge areas. And yet, once you get past the first quarter mile, you don’t really know. And so that to me was kind of wonderful. And astonishing.

The Stream: Can you talk about the cinematography? I mean, it’s beautiful, absolutely gorgeous. Can you give me a sense of how that all came about?

Jane Root: Well, partly it’s about having a lot of resources. It’s partly the technology and, you know, cameras have improved so much over the past few years, but we really worked very hard at having the absolute state of the art technology. Some of it has never been used in a wildlife context before. If you saw the Serengeti sequence with the lions in the dark, that that was military technology because what you’re doing there is you are flying a drone, which you can’t see to film animals that you can’t see. And so, and the quality of the footage, that’s what people use when they’re fighting wars in the desert. No one had ever filmed lions and wildebeests with that before. So we were really pushing the margins of what is possible. The same with microphotography, the very tiny things like the slime sequence or little tiny things that you see. That’s a whole art into itself about microphotography, and there are all these specialists who are mostly people who work entirely by themselves with little tiny cameras, tiny cameras and tiny equipment, just like trying to capture things that are too small to see with the naked eye. So we spent quite a lot of time with them as well.

The Stream: What else should our readers know about the documentary series?

Jane Root: It’s designed to be something we always said as a team that you can either watch it with a notebook thinking, “I’m gonna make some notes and I’m gonna go and look on the internet afterwards and check out things,” or you can watch it with kids. You can watch it with teenagers, because it kind of has that adrenaline exciting element to it, but you can also watch it with a five year old or even a three year old and just sort of bathe in the wonder. And that was a very conscious decision by us to try and produce a show that worked at lots of different levels, not just one.

The Stream: And what message do you want to portray to audiences? What is the takeaway for audiences?

I think the big takeaway is that the world is more astonishing in so many different ways than we ever give it credit for. There are wonders all around us that if only we open our eyes to them, are there everywhere. And some of them are things that go on in the night, things that go on in the ocean. So, one of the guiding ideas behind the series is that there are colors that you can see, sounds that you can hear that are just not part of our normal daily conversation, but which are astonishing. So, open your eyes and appreciate the wonders of the world. I think that’s probably what we’re saying here.