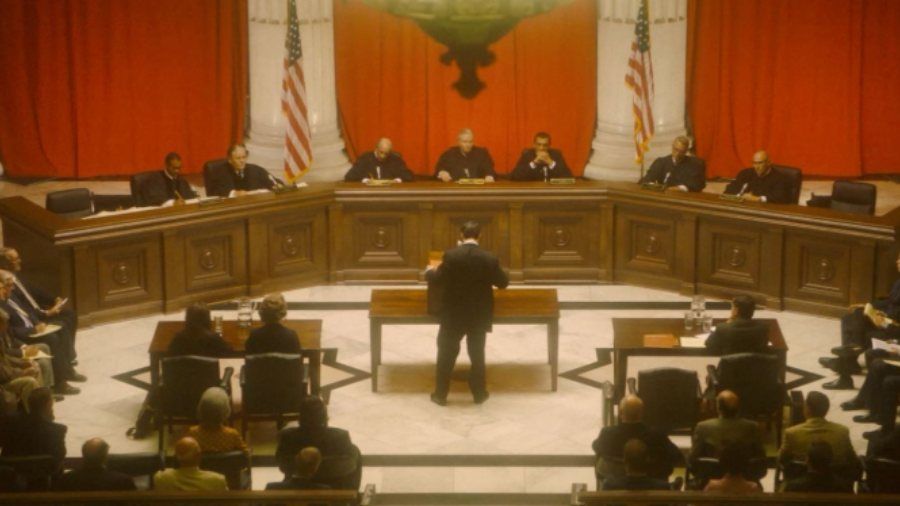 Roe v. Wade, Loeb’s directorial debut, is a somber look at how abortion became law in America. To prepare to write the script, Loeb researched the subject for over a year. He read over 40 books, court transcripts, interviews and watched videos. He wasn’t initially planning on directing the movie — he already had the part of Dr. Bernard Nathanson, an abortionist who had a change of heart in the 1970s and became pro-life.

But he decided it would be best that he and his co-writer Cathy Allyn, direct the film. “I thought it was going to be very difficult for anyone else to truly understand the characters without doing the research,” Loeb told The Stream. “I think you needed to really get them right.”

The film has an impressive cast: Jon Voight, Robert Davi, John Schneider, Corbin Bernsen and Jamie Kennedy, among others.

Most of the well-known actors in the film play Supreme Court justices. The court scenes in the movie are historically accurate. “All the court scenes are word for word,” said Loeb. They sourced everything in the movie from books, letters and speeches. “I just want people to gather that this is exactly what happened.”

A Film for Everybody

Loeb pushes back on the idea that the film is pro-life or faith based. “This is not a preachy, hit-you-over-the-head ‘you have to be pro-life or be pro-choice,'” he explained. Critics complain that the movie is pro-life, he said, but that’s not true. Dr. Nathanson’s journey was pro-life, but he’s just one character in the movie. Others were pro-choice. “We really took the characters for who they were and what they did and why they did it.”

The movie is for anyone who is interested in history or has an opinion on abortion. “I think there’s a character in our film that tries to portray everybody’s point of view.” The pro-life characters and pro-choice characters portrayed might or might not be religious. Others believed in women’s rights and some just wanted to make money. “So, I think really it’s for everybody. We don’t preach, we play the characters as they were.”

Interestingly, at least one actor changed his opinion on abortion after working on the movie. “I won’t say who, because he still wants to work in Hollywood.”

Hollywood wasn’t interested in funding Roe v. Wade. “Hollywood tends to be extremely liberal on the issue,” of abortion. “And I think when you straddle the issue or … point out things that may not be in line with, you know, their point of view, [it’s] very difficult to raise money out of Hollywood.” Loeb ended up raising money independently from private investors.

Those who have screened the movie have been shocked at what they learned by watching it. “I’ve had a lot of people who have actually been in the abortion movement for many years and they all thought, ‘I know it all.'” But then they watch the movie and say, “There’s so much I didn’t even know about the history of this.”

Roe v. Wade will be released April 2, 2021, on iTunes, Amazon and pay-per-view. To learn more, go to Roevwademovie.com.