New Documentary About 9/11 Told From the Perspective of Community Leaders, First Responders and Families of Victims Reminds Viewers to ‘Never Forget’

9/11: The Day That Shook the World airs on Newsmax beginning tonight and runs through Sunday. 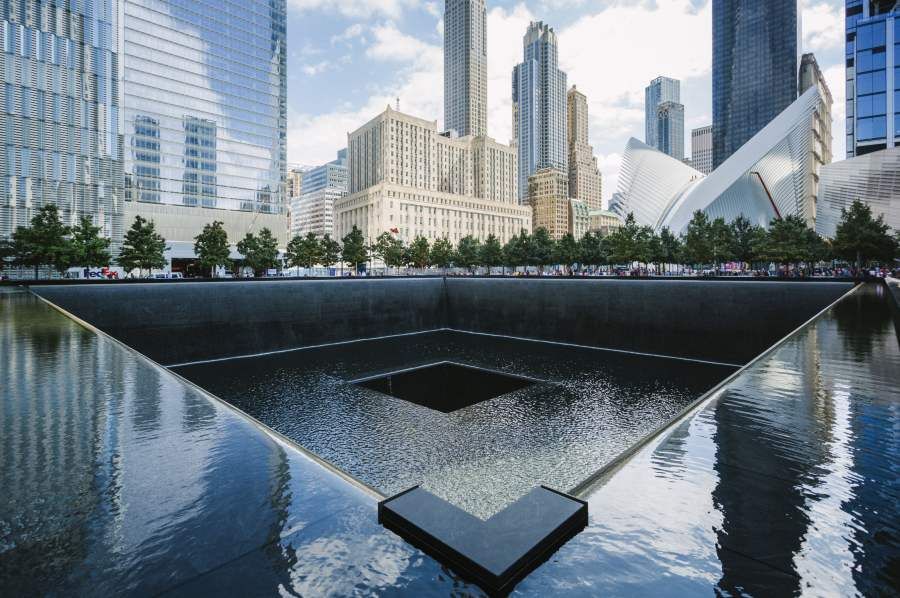 That’s the theme of Jack Thomas Smith’s and Mandy Del Rio’s new documentary, 9/11: The Day That Shook the World. Jack and Mandy are executive producers. The film tells the story of 9/11 from those who were there — like then-mayor Rudy Giuliani, a New York firefighter and family members of victims at the towers and the Pennsylvania field.

It’s an important message because a generation has grown up after 9/11. They don’t personally know the horrific events that unfolded that day 20 years ago. They do not share that collective memory. “It’s our responsibility to teach future generations about what happened and the truth about what happened,” said Jack. “That we were attacked by radical Islamic terrorists and they killed innocent people who were just going about their lives that day.”

Participants in the Film

Community leaders like Giuliani, Tom Von Essen (former FDNY Commissioner), Bernard Kerik (former NYPD Commissioner) and Peter King, New York City congressman, participated in the film. Tim Brown, a former firefighter, shared his experience on 9/11. And three siblings of 9/11 victims told their stories of learning their brothers had been killed in the attack.

Jack wants viewers to understand the history of what happened, but also to present the very personal nature of specific stories. It’s about how people were impacted. Jack pointed out that even Giuliani, Kerik and Von Essen lost friends. “Bernard [Kerik] says in the documentary that they went to 400 funerals in 14 weeks.”

If there is any light in the darkness of 9/11, it’s the patriotism of Americans immediately following the horrific events. “I feel like people have forgotten that we were so unified as Americans and as a country,” said Mandy. “And we do want people to feel that again.” Jack pointed out that patriotism was at an all-time high. “For that short window after 9/11, it was the most unified, the most patriotic time period I can remember.”

‘We Can’t Forget About the Kids’

While making the film, Jack and Mandy learned some things about the events that day. “So here’s one aspect of 9/11 that I always wanted to really focus on,” said Mandy. “And that was the fact that … there were eight children killed on 9/11. And a lot of people don’t think of that. They were in the airplanes and ever since it happened, these children have just stuck with me. … That aspect has really haunted me.” She was hoping to speak with a parent or family member of a child who was lost, but couldn’t get those family members to participate. “We did get a couple of people who did not want to participate and I completely understand and respect it. … just another reminder that we can’t forget about the kids.”

A million people were evacuated from lower Manhattan that day. Jack remembers thinking that they just wanted to get the people out in case there was another explosion or attack. But it wasn’t that. “[W]hen the towers came down, it damaged the walls that kept the Hudson river from flooding lower Manhattan. So, if there was heavy rain or if there was, God forbid, a hurricane, it could flood all of lower Manhattan. Think about the kind of damage that would cause.”

From People Who Were Actually There

9/11: The Day That Shook the World separates itself from other documentaries about that day in that people — decision makers and family members — personally told their stories. Viewers can hear community leaders talk about what was on their minds when 9/11 happened, as it happened.

In addition, family members spoke about the experience of losing a loved one or friends. The film makes the event very personal. “We lay out the true history of what happened on 9/11, who attacked us, you know, all of the stories that unfolded that day, all the events, but we’re telling the audience what happened that day. You know, the narrative is coming from the people who were actually there and experienced it on the ground,” said Jack.

Mandy said that telling the story of 9/11 helps Americans make sure it doesn’t happen again. “Because if you forget what happened and you let your guard down, it leaves us wide open for something to happen again.”