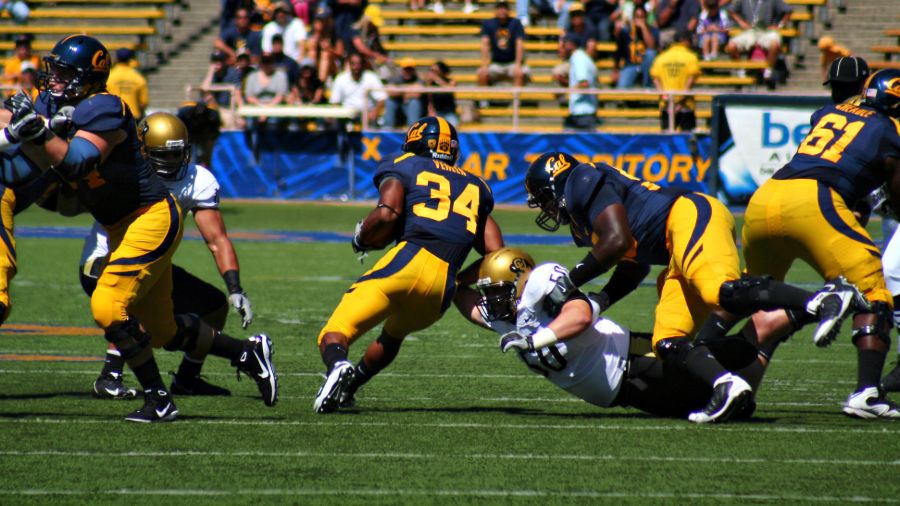 It’s not every day that I agree with California’s governor Gavin Newsom. But I support SB206, which Newsom signed into law this week. It allows NCAA athletes to earn money from endorsement deals or to hire a licensed agent.

The logic is simple: Why should NCAA athletes endure a limitation on their earning power that’s not required by other groups of students? The law by no means opens the floodgates to unchecked greed. It retains the prohibition on NCAA athletes being paid by their colleges. So no salary, stipend, or bonus beyond the full-ride scholarship. The law is also limited to four-year schools that receive $10 million or more in annual revenue from media rights for their athletics programs.

The NCAA strongly opposed the bill, calling it “unconstitutional” in a letter sent to Governor Newsom a few weeks ago. With the bill now signed into law, the NCAA is considering next steps. That could mean a legal challenge through the court system. Or even barring California universities from competition if their athletes have endorsement deals.

That would really hurt: Some universities bring in more than $100 million annually through participation in the College Football Playoff and “March Madness,” the super-popular, end of the season basketball tournament. Not surprisingly, the Pac-12 joined the NCAA in opposing the bill, as did several key universities, including Stanford and USC.

But the bill had another powerful opponent: Former Heisman trophy winner Tim Tebow.

Tebow’s opposition to SB206 is both passionate and credible. Speaking on ESPN’s First Take a few weeks ago with Stephen A. Smith, Tebow pointed out that his Florida Gator jerseys were selling briskly during his college days. But he never made a dime from those sales, nor did he want to.

.@TimTebow passionately expresses his thoughts on the California Senate passing a bill allowing student-athletes to have endorsements. pic.twitter.com/W5uBW7ePNm

Tebow went on to say that what makes college sports so popular is that unique sense of togetherness that you don’t find in professional sports, where players switch teams every few years, chasing one lucrative contract after another.

I understand what Tebow is getting at. It’s honorable that he didn’t want to profit from his Florida Gator fame — especially in light of how disappointingly short his NFL career was. But I think Tebow is missing the larger picture.

Unlike Tebow, many college athletes come from low socioeconomic backgrounds and broken homes. Sports are their ticket to college. The scholarship is nice, but in some cases, it’s less than what their skills could command in the marketplace, where endorsements often outpace contracts or prize money. SB206 empowers athletes. It preserves the amateur feel and a level playing field by not allowing schools to pay athletes. But it gives athletes the freedom to reap outside compensation from their fame — to the extent that they’re able to do so. Not all can or will, and that’s fine.

Athletes literally put their bodies on the line for their schools. Music and other scholarship recipients don’t take similar risks in their craft. An injury can ruin an athlete’s future livelihood.

Earlier this year Duke freshman Zion Williamson sprained his knee in a basketball game. Williamson might be the best college player in at least a decade. But he almost lost it all. Instead, the 6’ 7” 19 year old will be suiting up with the New Orleans Pelicans this fall. He was the first pick in the first round of the NBA draft this summer, reaping a rookie contract worth up to $45 million over 4 years. Now he can afford to get hurt.

NBA superstar Lebron James is a vocal supporter of SB206. James went straight to the NBA in part to help his mom financially. He’s not alone. Fellow NBA great Kevin Durant has spoken glowingly of the sacrifices his mother made. Both men were raised by single moms, a trend far too common today.

I’m so incredibly proud to share this moment with all of you. @gavinnewsom came to The Shop to do something that will change the lives for countless athletes who deserve it! @uninterrupted hosted the formal signing for SB 206 allowing college athletes to responsibly get paid. pic.twitter.com/NZQGg6PY9d

While James and Durant were able to cash in big-time on their skills, thousands of other athletes have four brief years of relative fame followed by a lifetime in relative obscurity. That’s capitalism. It’s to be expected in the lucrative, competitive industry of professional sports. You’ve seen the commercials during the games: Most NCAA athletes will go pro in something other than sports. So why not free them up to earn from their fame, while they can? That’s also capitalism.

Perhaps sensing the pressure, the NCAA formed a working group earlier this year to study the issue of players earning money from their name, image, or likeness. The NCAA’s September 11 letter to Newsom included a subtle threat that California schools may find themselves “unable to compete” if SB206 were to pass. The NCAA has since toned down their rhetoric, merely complaining that the new law is “creating confusion for current and future student-athletes, coaches, administrators and campuses, and not just in California.” Other states are indeed considering similar legislation.

SB206 passed both of California’s legislative bodies with unanimous votes. But the law doesn’t go into effect until January 1, 2023. That gives the NCAA time to respond and maybe work out a compromise with the legislature. Governor Newsom left open that possibility, which may have been intended all along. After all, California’s universities need the NCAA and the NCAA needs them. Each has ample incentive to get along.

What passing SB206 did was force the NCAA to offer a serious response. The ball is now in their court.