Released last month, Talking Back to Purity Culture offers an incisive critique of purity culture and a passionate call to return to our Savior. 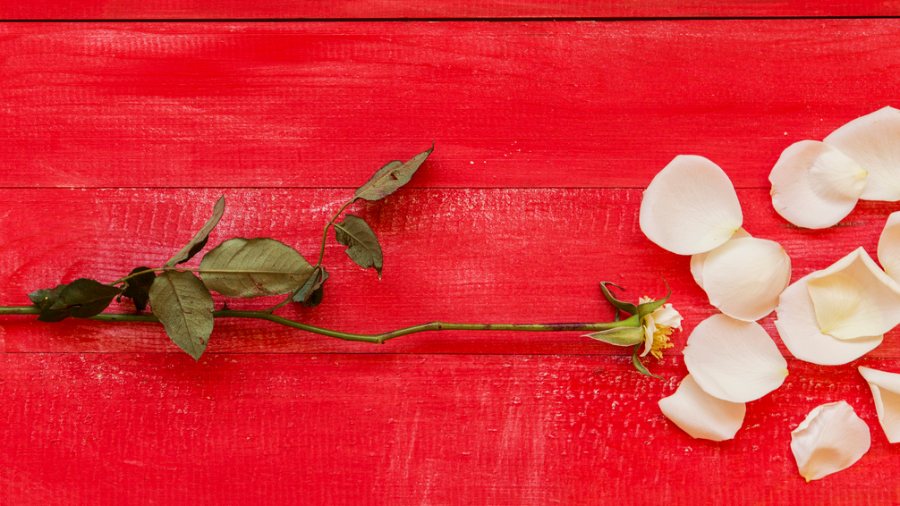 Popular purity culture-era illustrations at youth groups and teen conferences included destroying a flower or tearing a paper heart to show what happens to one's purity when virginity is lost. In her book, Rachel Joy Welcher explains why such illustrations are problematic.

Raised by a pastor and now married to one, Welcher talks back “out of love for the church, not a vendetta against her.” She argues that purity culture endorsed unbiblical notions, hurting those it intended to help. Most sobering, she argues that in our desperate attempt to promote sexual purity, we overshadowed the gospel itself. In just 10 chapters, she makes a convincing case.

What is “purity culture?” It’s not easy to define. If you grew up in church at the height of the movement — the late 1990’s through early 2000’s — you probably don’t need a definition.

Welcher believes purity culture was “an earnest response to the age-old problem of immorality and the modern crisis of STDs and teenage pregnancy.” Churches attempted to tackle these issues, and rightly so. In the process, however, many elevated problematic teachings.

Talking Back’s back-cover blurb aptly summarizes “purity culture’s complicated legacy—its idolization of virginity, its mixed messages about modesty and lust, and its promise of a healthy marriage and great sex for those who follow the rules.” Defining books of the movement included I Kissed Dating Goodbye, And the Bride Wore White and Every Man’s Battle, to name a few.

In Talking Back, you may be angered, heartbroken, or baffled to read how certain teachings harmed different people. There are stories of wives who struggled to let go of “virgin” as part of their identity, and young girls who believed they tempted grown men into abusing them. (I was an adolescent in church during purity culture’s zenith. I can verify that the types of stories Welcher references are common.)

Chapter 3, “Female Responsibilities,” exposes the mixed signals purity culture sends women and girls. Females are supposedly damsels, temptresses, and guardians of purity all at once. “This rhetoric is confusing to young women,” Welcher writes. “Are men brave princes, or are they dragons that must be tamed?”

A large part of this confusion comes from a twisted view of modesty. Welcher doesn’t attack the biblical teaching of modesty itself. In fact, she spends ample space discussing ways we can exercise selfless love in our dress. But “when modesty rhetoric confuses culpability, consistently blaming women for the actions of men, we have ceased to be biblical in our approach. … No one gets to blame someone else for their own sin.”

Who do we get to blame when life doesn’t turn out as we expected, even when we “followed the rules?” Thankfully, Welcher doesn’t shy away from this painful question. Dealing with it is necessary. It’s a common one for those who graduated from purity culture into the tumults of real life.

To incentivize abstinence for teens, Christian leaders regularly stressed the good things that would come to those who waited. These included marriage, an effortlessly great sex life and children.

The problem? Life doesn’t always work that way. Multiple testimonies recorded in Talking Back, including Welcher’s own, illustrate this. She also highlights how emphasizing personal reward turned pursuit of purity into a selfish endeavor, rather than a God-honoring one.

These teachings are not only misguided. They’re exclusionary. Welcher shows how purity culture often ignored sexual abuse survivors, same-sex attracted Christians, and singles that are divorced or widowed. None of these groups fit into purity culture’s usual target audience — young, virgin, heterosexual and in search of their first love. But all of these groups are called to biblical sexual purity.

The Source of Our Purity

It’s hard to teach a holistic vision of purity when “purity” is conflated with virginity. As Welcher helpfully reminds us, “virginity … is not a badge of holiness, a sign of sexual purity, or a ticket to heaven.”

It’s within this theme that Welcher offers her most crucial critique. Purity culture tried to provide a blueprint for success. If we followed certain rules, we would avoid trouble and heartache. Soon, we would find sexual and relational satisfaction. But in creating these rules, purity culture led us away from the very God we were trying to please. Welcher powerfully declares: “Virginity does not provide our purity. Jesus does.”

Talking Back is a both an incisive critique of a church-led movement and a passionate call for Christians to return to our Savior. Even the sincerest believers need reminding that only Jesus can purify us. Only he can fully satisfy our longing.

Buy this book for your teen, your pastor, your married and single friends or yourself. But follow Welcher’s advice and don’t let it be read alone. She concludes that one of purity culture’s biggest problems was its isolation of conversations about sex from Scripture and community. She includes discussion questions and activities at the end of each chapter to help readers avoid this same pitfall.

A Purity Lesson From Justin Bieber (And a Reflection)