Dr. John Lennox from Oxford University provides answers in defense of the Christian faith to Kevin Sorbo in the new film Against the Tide. 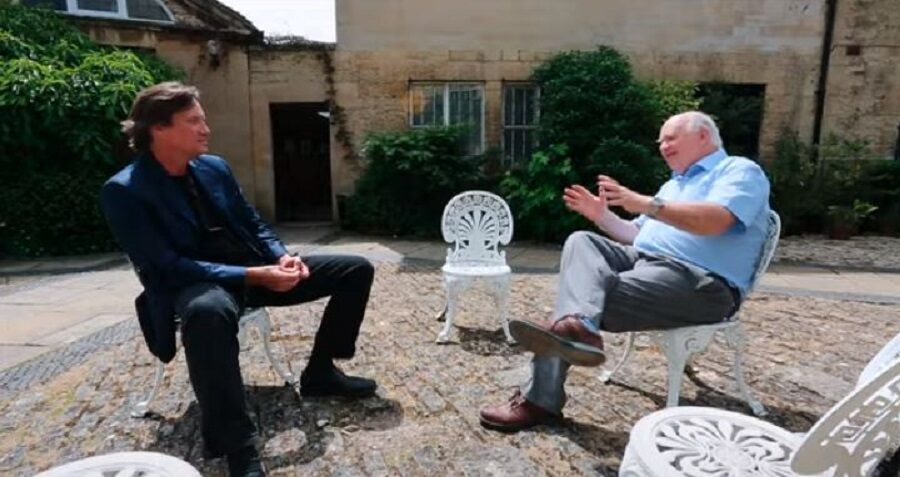 “Apostle Peter says to us all, that we always should be ready to give a defense, apologia, to those that ask us a reason for the hope that is within us,” mathematician, scientist, author and apologist John Lennox, Ph.D. said in an interview with The Stream.

A new documentary titled Against the Tide, featuring Lennox and Hercules actor Kevin Sorbo, will be released to theaters November 19 for one night only. Against the Tide documents evidence for Christianity as explained by Lennox to Sorbo. The two travel from Oxford to the former Soviet Union and to Jerusalem, investigating how Christianity holds up to the scrutiny of other world views.

The heart of the story is “one man’s daring stand against the tide of contemporary atheism and its drive to relegate belief in God to society’s catalog of dead ideas.” A decades-long apologist, Lennox defends Christianity to atheists in debates around the world.

“I’ve done lots of videos and YouTube interviews and debates,” said Lennox, “but never before have I done anything like [Against the Tide], and to my great surprise, it’s come out extremely well.”

He added: “The film simply encapsulates the carefully crafted response to the naturalism that dominates the academy and secondly, tries … to explain the foundations of the Christian faith and why it is trustworthy.”

Watch the interview with Lennox:

Watch the trailer for Against the Tide:

Is It Possible the Disciples Were Fooled About the Resurrection?