Never Too Late to Hope 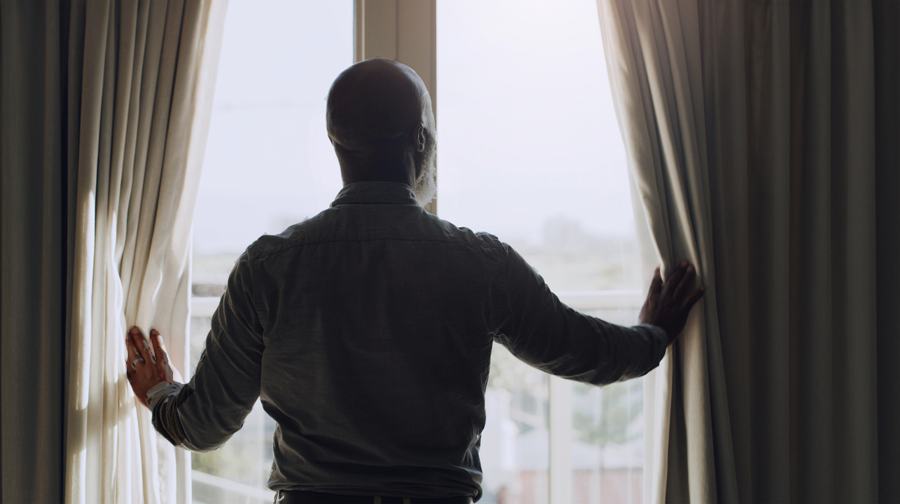 Mr. G was an angry, bitter old man, yet my son and I made friends with him anyway. Apparently we hadn’t lived in the neighborhood long enough for him to be mad at us, as he was with everyone else who lived there.

We met him when we participated with an initiative to hand out CDs of The Jesus Film to people in neighborhoods around our city. Jonathan, my son, was maybe eight years old at the time, so he was really just tagging along. Neither of us had actually seen Mr. G or his wife. (This all happened more than 20 years ago but it still seems wrong to use their names without asking.) From outside, their home seemed a mystery, its curtains always tightly drawn, almost as if no one were living there.

So it was a surprise when the wrinkled and wizened old man answered the door, and even more so when he invited us in. It took no time at all to realize I’d underestimated how tightly they’d closed their home off. Though it was midday, there wasn’t the slightest hint of natural light to be seen anywhere. I looked at the curtains and guessed they were an inch thick or more.

Yet he had an electronic keyboard and a couple of guitars in his living room, so as we sat the worn-out couch and accepted a glass of water from Mrs. G, I told him briefly some of my background as a musician, and asked him about his. From then on, we had a point of connection, and hence some pleasant conversations.

‘They Stole Our Daughter!’

Jonathan was always willing to come along when I asked if he wanted to go see Mr. G, and it became more than just him tagging along. He seemed to like Mr. and Mrs. G. We went over there once every few weeks or so for as long as he lived there.

Mrs. G was usually in the background, wearing an oxygen supply tube for what I presume was some sort of obstructive pulmonary disease. The only time she really came forth to talk was when the two of them told us the story of how another neighbor had stolen their daughter from them.

Mr. and Mrs. P lived between their house and the one we’d now moved into. They were strong Christians, and if you’d asked me I’d have called them a warm and delightful couple. To Mr. and Mrs. G they were scoundrels. When their daughter was young, she enjoyed spending time at their home. Somehow – no one ever told us the whole story – they Mr. and Mrs. P introduced her to Christ, and from then on, she’d been following Jesus.

That was the “theft” Mr. and Mrs. G complained about so bitterly: turning their daughter into a Christian. It had happened more than 20 years previously, but their anger was still hot and fresh — not just at Mr. and Mr. P, but everyone living on the whole block there. That’s why they’d closed themselves off so tightly: I think they wanted to forget they even had neighbors.

The Bitter Old Man Moves Away

Then one day when Jonathan and I dropped by, we found out it was only Mr. G there to greet us. His wife had died. We had no idea she’d passed. Still, we kept coming by every few weeks. Occasionally I’d ask him if he’d yet watched The Jesus Film we’d brought him. “Someday I will,” he kept answering. So we talked about music. We avoided speaking of the neighbors; it was still too obviously upsetting. He was as angry over that as ever.

A few months later he moved away, back to the hometown of his youth. At least he informed us in advance, so we could tell him goodbye. It had never been an especially warm friendship, but we cared about him. I was proud of my son: He cared, too. But as Mr. G was leaving, I said to myself with real sadness, “There goes a bitter old man off to die in his anger.”

Surprising News from His Son

Mr. G’s own son bought the house, and only a few days later he opened the curtains. It was about six months or a year later, though, that he brought the real surprise. He and I were sitting with another neighbor on that neighbor’s front stoop, enjoying the evening, chatting about nothing in particular, when out of nowhere G Junior said, “Seems like my dad’s found Jesus.”

I caught my breath and turned to him in wonder: “What did you say?”

“My dad’s got religion,” he answered, his tone remaining surprisingly matter-of-fact.

“There are some ladies living nearby at his new home,” he said. “Some of them still knew our family from way back when. They brought him homemade bread and cake and stuff, and they invited him to church. So he went. And he says he’s found Jesus there.”

“I’ve Never Seen Him So Happy”

Then he added the words that really sealed it in my mind: “I’ve never seen him so happy.”

That had to be God at work in him: I’d never seen Mr. G even hope to be happy. The happiness spilled over onto me that night, and to this day it remains one of the gladdest moments of my life.

I have no idea what role Jonathan and I played in his coming to Christ. His son credited his neighbors at his new home, and I’ll yield credit to ladies with baked goods any day! Not to mention his decision to attend a church, where he must have heard the gospel clearly enough to finally open himself up to Jesus Christ.

No long afterward we got word he’d passed away. I’d been so sure he would die in his bitterness, but Jesus Christ turned him completely around instead. He found hope, and he gave me a reminder of God’s goodness. If Mr. G. could die a happy, contented man in Christ, after decades being the kind of man I’d known him to be, God can bring life and joy to anyone.

It’s never too late to hope.

Trump Calls for Prayer & Fasting — Should We Listen?