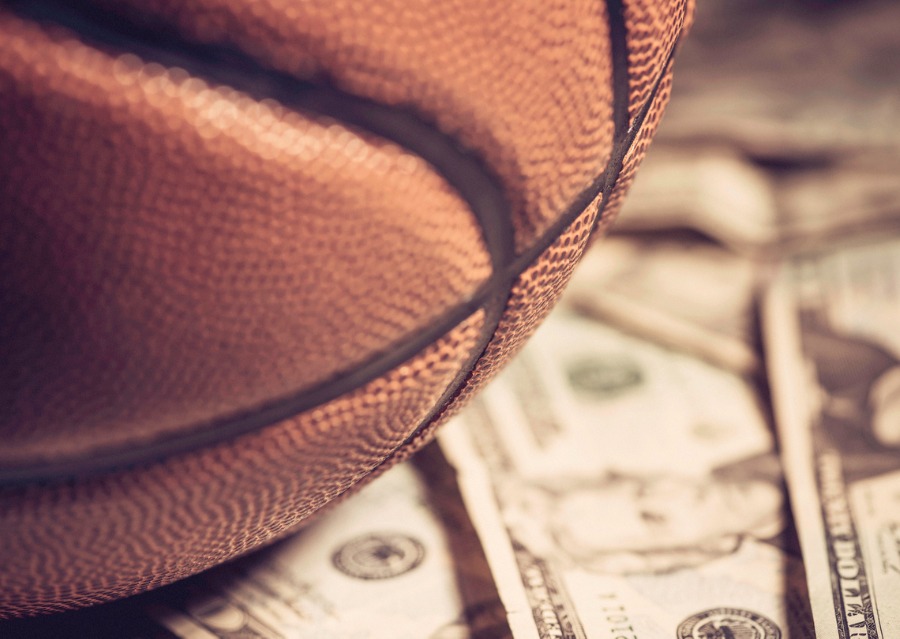 Last month I wrote about a new CA law — passed unanimously in both legislative chambers — allowing athletes to capitalize on their fame. The law would not remove the restriction on universities paying athletes more than a full ride scholarship, but it would allow athletes to earn money from endorsements. The law’s passage, and the introduction of similar legislation in over a dozen states, put state governments on a collision course with the NCAA.

How so? Well, a law can’t force the NCAA to change its rules. All a law can do is say that colleges cannot prohibit athletes from earning money from their name and likeness, or from retaining an agent to oversee their endorsement relationships. The NCAA can still decide to punish colleges whose athletes earn side money in this fashion. That’s the fear that drove many colleges, including athletic powerhouses like USC and Stanford, to oppose California’s legislation. These universities pull in north of $100 million annually from their basketball and football programs, including end-of-season tournaments like March Madness. Understandably, they don’t want to see this revenue stream threatened.

But the NCAA also had to take measure of the situation. The legislation was first introduced in February. Governor Newsom said he had not expected it to reach his desk. But as momentum gathered, the NCAA announced in May that it had formed a committee to study the matter. Would that satisfy the legislators?

All summer, the NCAA strongly opposed the bill, heavily lobbying CA’s governor. But all the while acknowledging that changes were needed. Their message was basically, “We hear you. Don’t force the matter. We’ll address this fairly. Just give us some time.”

When the bill was signed at the end of September, the NCAA’s response was more muted, stating only that the new law was “creating confusion for current and future student-athletes, coaches, administrators and campuses.” Now they’ve gone even somewhat further.

This week the NCAA’s Board of Governors voted unanimously to begin a process to allow college athletes to “benefit from the use of their name, image and likeness” provided these benefits stay within the “collegiate model.” Exactly what this means is still being worked out. At a minimum, athletes will not be allowed to become employees of the university. Meaning colleges can’t pay them beyond their current scholarships. Ramogi Huma, president of the National College Players Association, a group that supports pay for college athletes, is concerned that the NCAA may be overly restrictive in what kinds of compensation athletes can receive from private entities.

The Board asked each division to create rules between now and January 2021. While there are three divisions in NCAA sports—I, II, and III—it’s Division I where the quality of the athletes is most likely to generate off-campus revenue-generating opportunities.

While the NCAA is now embracing the concept of student athletes monetizing their reputation, a frequently mentioned concern is “recruiting balance.” College sports are supposed to be played on a “level playing field” by “amateur” athletes. But if players can monetize their name, image, and likeness, might some colleges have a recruiting advantage because their media market is more likely to provide endorsement opportunities? Los Angeles is a lot different than rural Indiana.

The Federal Government is Jumping In

Federal legislation could standardize rules on matters such as recruiting balance. Many would prefer one set of rules over 50 competing variations of a similar theme. Congressman Mark Walker (R-NC) has sponsored the Student-Athlete Equity Act. It’s been referred to the Ways and Means Committee. Walker has announced his intention to introduce an amendment to the College Affordability Act, forcing colleges and universities to comply with laws passed by their states regarding name, image, and likeness. Seems a bit redundant, but I suppose the concern is that colleges will restrict their athletes in ways that may no longer be permissible in that state.

Senator Richard Burr (R-NC), in contrast, wants to tax scholarships of compensated players. He tweeted, “If college athletes are going to make money off their likenesses while in school, their scholarships should be treated like income. I’ll be introducing legislation that subjects scholarships given to athletes who choose to ‘cash in’ to income taxes.”

Not sure I see the connection. Endorsement money should clearly be taxable, just like a side job as a waiter would be. But the scholarship covering tuition, fees, room, and board? If you tax that, couldn’t colleges counter by grossing up athletic scholarships, which are allowed to cover all costs of attendance? That would only make athletic scholarships more costly to universities.

We’ll see where things go from here. My take is that the conversation is going in the right direction. Every group’s interest deserve consideration: the colleges, the NCAA, and the student athletes. Until now, the student athletes haven’t had much of a voice. As college football season enters its last month, and college basketball season kicks off (sorry), remember that the athletes entertaining you are not only unpaid, but most will never be paid for their skill in sport. If that can change, even for their brief period of relative fame, that’s something people of good will should get behind.
Dr. Alex Chediak (Ph.D., U.C. Berkeley) is a professor and the author of Thriving at College (Tyndale House, 2011), a roadmap for how students can best navigate the challenges of their college years. His latest book is Beating the College Debt Trap. Learn more about him at www.alexchediak.com or follow him on Twitter (@chediak).