NCAA Guaranteed Games: Are Athletes Exploited in the Name of Big Business? 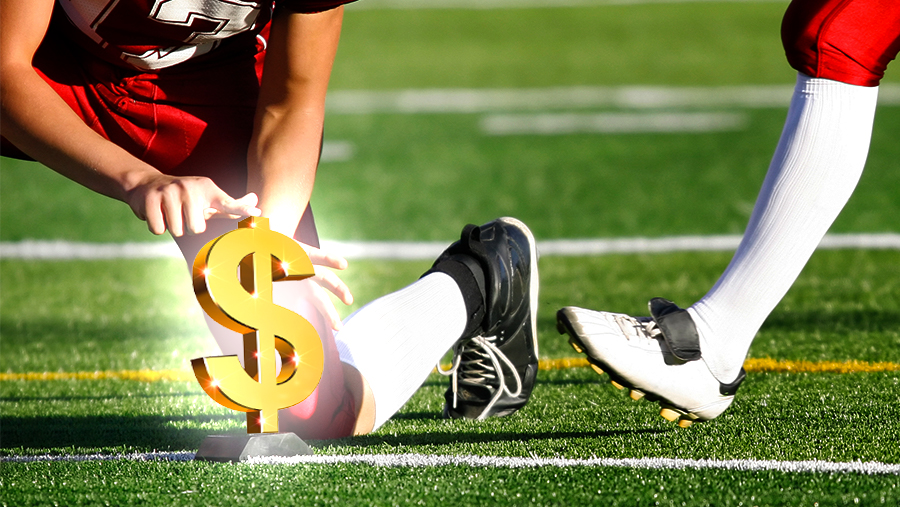 Another season of college football is here. Did you know that some games are designed only to make money for the two competing schools? They’re called guarantee or “buy” games. These are non-conference games in which a much better team hosts a less well-funded visiting team in exchange for cash and exposure.

The host gets the many financial benefits of an extra home game. But the game itself is likely to be highly lopsided. After all, better-funded college football teams are usually much better. They have higher paid and therefore more experienced coaching. They have more players on full scholarships. But in this case the losing team is also a winner. They make a lot of money for showing up and taking it on the chin. If the game is televised, the marketing value is even greater.

What’s not to like? Sounds like everybody gets something. We’ll get to the pitfalls in a moment. But first, how big of a business are we talking about?

The Football Bowl Subdivision (FBS) represents the best within the NCAA. According to an analysis of more than 275 FBS contracts, over $175 million will be paid out this year for buy games. Iowa athletics director Gary Barta told USA Today, “The market just continues to go up.”

A few examples: Colorado State will collect $2 million from Florida for a game on September 15. A few other games are each paying out $1.7 million. One of them is the Oregon State versus Ohio State game that occurred this past Saturday. Final score? The Ohio State Buckeyes crushed the Oregon State Beavers 77-31. Good for Oregon State, in a way, to make that much money in one game. They’re competing in the PAC-12 Conference against wealthy schools like USC and Stanford. The PAC-12 is considered one of the “Power Five” conferences along with the ACC, Big Ten, Big 12, and SEC.

Contracts can be negotiated years in advance. In 2018, Kent State will bring in $3.65 million by playing three of its first four games at Illinois, Penn State and Mississippi. In 2019 they’ll take in $3.4 million from just two games at Auburn and Arizona State. In 2020 they’re already slated to make $5 million for games at Arkansas, Kentucky and Alabama.

Upsets do occur. Last year Northern Illinois beat powerhouse Nebraska in Lincoln, NE and collected $820,000 in the process. Middle Tennessee State beat Syracuse at Syracuse and made $950,000. But rare victories like these are the exceptions that prove the rule.

In 2015, writing for the Chronicle of Higher Education, Aaron Taylor tracked the increase in the number of guaranteed games in the Mid-Eastern Athletic Conference (MEAC) and the Southwestern Athletic Conference (SWAC). Neither of these conferences are particularly well funded. But “in the five seasons from 2006 through 2010, teams in those two conferences played a combined 13 games against opponents in the wealthiest conferences. In the five following seasons — 2011 through 2015 — the number of guarantee games increased to 31. The average score in those games was 55-8, with differentials of more than 55 points in about a third of them.”

Buy games can occur at neutral sites. In these cases, both schools capture an appearance fee. Contracts involve the teams agreeing to pre-purchase thousands of tickets from third-party organizers.

What’s wrong with a little capitalism? Nothing, provided the playing field is level. In this case the athletes are unpaid amateurs whose play — in principle — is secondary to their academic development. But when Texas Southern’s men’s basketball team plays their first 16 games on the road, as they did in 2016, that raises serious questions about whether these young men are students first.

How can they succeed academically when they’re spending that much consecutive time on the road? What is the school doing to make sure these athletes have access to academic support? That standards aren’t being lowered for them? Why does their athletics department need that much extra money? Oh, and if the athletes are making that much money for their school, why can’t they get a piece of the action?

NCAA athletes cannot be compensated above their school’s total cost of attendance. Meaning, they can — at most — recover their costs as students. Not a dime more can be earned from athletic-related activities. No commercial or endorsement money, either. For many talented college athletes, their market value will never be greater than during their four years of eligibility. Yet they are unable to cash in.

Then there’s the added risk of injury, particularly with football, if additional games are played. In the 2015 Chronicle piece, Aaron Taylor recounts what happened to Devon Gales. A wide receiver on the Southern University Jaguars football team, Gales suffered a serious neck injury in a paid game against the University of Georgia. The injury cost Mr. Gales most movement in his limbs and torso. He’s now walking again, but it’s been a long road. The final score of that football game? Georgia 48, Southern 6.

I don’t know if there’s a perfect solution. Millions of us enjoy watching college football and basketball. Their product meets a market demand for entertainment via sport. The teams making money are doing so to keep their athletic programs competitive. Nothing wrong with that. But how about some additional disclosure about the practice of buy games, and what schools are doing to make sure their athletes aren’t exploited? That wouldn’t hurt.

For Taxpayers, College Football Remains a Guilty Pleasure at Christmastime