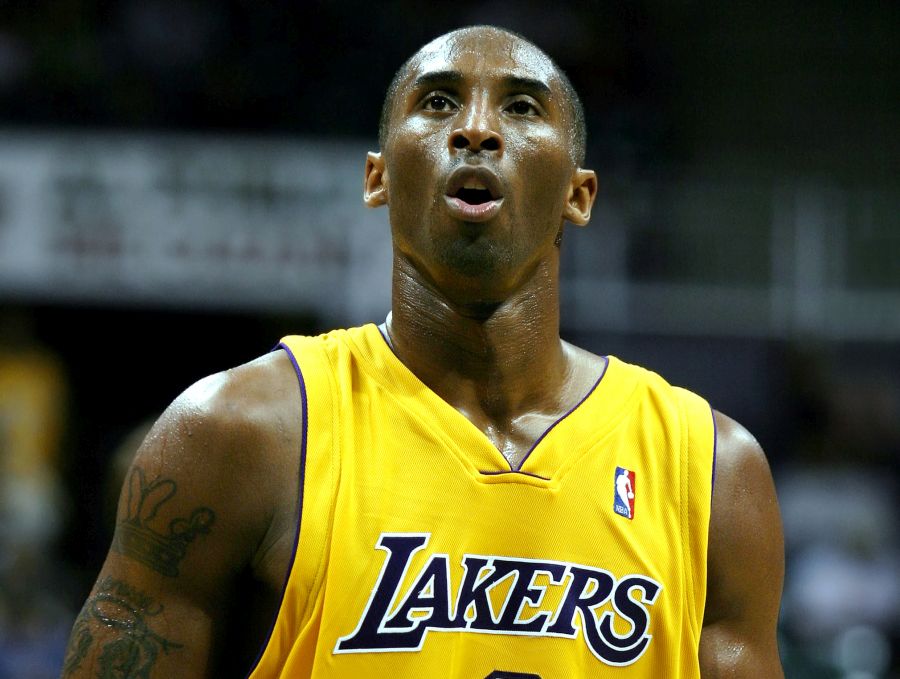 NBA legend Kobe Bryant died Sunday morning in a helicopter crash northwest of Los Angeles. He was 41. Eight others were aboard the craft when it went down. There are no survivors. Wife Vanessa was not among those on-board. The couple has four daughters, the youngest born just this past June. Kobe’s 13-year-old daughter Gianna, also known as GiGi, was among those lost.

“We’re told they were on their way to the Mamba Academy for a basketball practice when the crash occurred,” TMZ reports, “The Academy is in nearby Thousand Oaks.” This has not been confirmed.

Eyewitnesses tell TMZ they heard the chopper sputtering before it came down. The NTSB is investigating the cause of the crash.

We join in praying for the Bryant family and friends, the NBA community and the City of Angels he dazzled for two decades.

Kobe Bryant joined the Lakers at the age of 17. Eighteen times in his 20-year-career he was an all-star. He left the Lakers with five championship rings. Kobe scored 33,643 points. In fact, just last night, Lebron James passed Kobe for the number 3 spot on the NBA’s all-time scoring list.

Continuing to move the game forward @KingJames. Much respect my brother 💪🏾 #33644

After the game, James spoke of Kobe’s influence on his own career.

“another guy that I looked up to when I was in grade school and high school,” James said. “Seeing him come straight out of high school, he is someone that I used as inspiration. It was like, wow. Seeing a kid, 17 years old, come into the NBA and trying to make an impact on a franchise, I used it as motivation. He helped me before he even knew of me because of what he was able to do. So, just to be able to, at this point of my career, to share the same jersey that he wore, be with this historical franchise and just represent the purple and gold, it’s very humbling and it’s dope.

Kobe’s a legend. That’s for damn sure.

Bryant was still finding success in retirement. In 2018, he won an Academy Award for “Best Animated Short” with “Dear Basketball,” a film he wrote and produced. “I feel better than winning the championship, to be honest with you. I swear I do,” he said afterward.

Reaction to the death of the basketball legend has begun pouring in.

Former Laker teammate Shaquille O’Neal, with whom Kobe won champions and had one feuded, shared his love:

There’s no words to express the pain Im going through with this tragedy of loosing my neice Gigi & my brother @kobebryant I love u and u will be missed. My condolences goes out to the Bryant family and the families of the other passengers on board. IM SICK RIGHT NOW pic.twitter.com/pigHywq3c1

My friend, a legend, husband, father, son, brother, Oscar winner and greatest Laker of all-time is gone. It’s hard to accept. Kobe was a leader of our game, a mentor to both male and female players. pic.twitter.com/NXsrXmCkkG

Most people will remember Kobe as the magnificent athlete who inspired a whole generation of basketball players. But I will always remember him as a man who was much more than an athlete. pic.twitter.com/9EZuwk8wrV

Jeannine & I are absolutely shocked to hear of the loss of one of my favorite people & one of the best basketball minds in the history of the game! Our hearts & prayers to Vanessa & his girls. @kobebryant you were my biggest fan, but I was yours #RIPMAMBA @NBA @espn @SLAMonline pic.twitter.com/Ll0BD6VWgr

No @NBA player supported the @WNBA or women’s college basketball more than Kobe. He attended games, watched on tv, coached the next generation. We pray for his family. https://t.co/ZhTCxD3sRg

President Trump tweeted his shock at the “terrible news.” He later followed with a statement:

Kobe Bryant, despite being one of the truly great basketball players of all time, was just getting started in life. He loved his family so much, and had such strong passion for the future. The loss of his beautiful daughter, Gianna, makes this moment even more devastating….

…..Melania and I send our warmest condolences to Vanessa and the wonderful Bryant family. May God be with you all!

Kobe was a legend on the court and just getting started in what would have been just as meaningful a second act. To lose Gianna is even more heartbreaking to us as parents. Michelle and I send love and prayers to Vanessa and the entire Bryant family on an unthinkable day.

Former Vice President Joe Biden was told at a campaign stop in Iowa. He reportedly told reporters, “It makes you realize you’ve got to make every day count.”

.@JoeBiden says he learned of Kobe Bryant’s death after getting off his campaign bus in Des Moines. “It makes you realize you’ve got to make everyday count,” he says.

The sudden passing of Kobe Bryant at the age of 41 is a reminder to each of us to live each day to the full, to take nothing for granted, and to make our lives count in light of eternity. (And may God comfort the grieving families.)