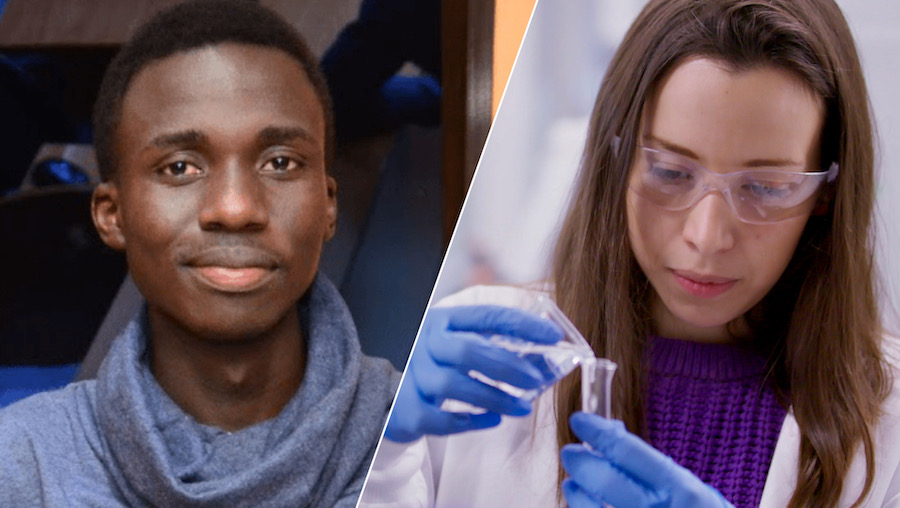 In Own the Room, student from 56 countries compete in the Global Student Entrepreneur Awards. They include Henry Onyango from Nairobi, Kenya; and Daniela Blanco, a Venezuelan scientist now living in the U.S.

Most National Geographic titles focus on natural wonders or furry, fierce animals. But their latest documentary Own the Room introduces young entrepreneurs seeking to bring small business plans to market — and praises them.

“It’s very hard to be an entrepreneur,” said co-director Cristina Costantini in an interview. “Half of all new businesses fail in the first five years. It takes a lot of bravery and a lot of hard work.”

The ambitious 90-minute film follows five students from disparate corners of the globe. They hail from Kenya, Nepal, Greece, Puerto Rico, and a Venezuelan immigrant now in New York City.

After creating an invention or innovation to help their communities, each enters the Global Student Entrepreneur Awards (GSEA). They hope to win a $100,000 business grant to fuel their upstart’s future.

Collaborative Rather Than Cutthroat

Costantini hails from a family of small business owners in Milwaukee. She contrasts the GSEA with TV’s Shark Tank, where enterprising people pitch to investors.

“This is competitive and everybody wants to win the money. But it’s not as cutthroat. When students weren’t competing, they were brainstorming about their businesses and how to help each other.” 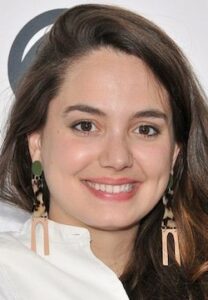 Starting in 1998 at Saint Louis University’s School of Business, the GSEA competition went global a decade later. Filmmakers captured the largest competition to date, with 56 countries represented in 2019. (The 2021 competition has gotten underway in recent months.)

Co-director Darren Foster said the wide variety of exceptional business plans, all based in personal stories, impressed them. “They share a common desire, which is to address challenges in their backyards. Young entrepreneurs may have a great idea, but need capital to get it off the ground. That’s where business competitions like this are really vital.”

Along the way, the resilience of contenders shows how principles of free enterprise transcend national boundaries. Standouts include Daniela Blanco, a Venezuelan scientist who moved to the U.S., and Henry Onyango, a Kenyan computer programmer.

Daniela Blanco stands out early in Own the Room. The NYU science student developed a chemical conversion process to use in nylon production. Blanco’s innovation bested the inventions of dozens of driven U.S. college students to win the national competition. It led her to the finals.

Uniquely, she embodied two countries at once. “I represented Venezuela and its many immigrants who leave their lives behind to build a better future,” she said in a statement. “I also represented the United States, the country [that] has opened its doors to me and given me more than I could ask for.”

Blanco remains tightly knit to her home country, which has undergone shattering upheaval in recent years.

According to the U.N., more than five million Venezuelans have been displaced as the nation has unraveled. Shortages of food, health care, and basic necessities have affected tens of millions of people — including Blanco’s mother.

“It became difficult for Daniela to pursue her dreams in Venezuela,” said Foster. “She came to the U.S. and entered a doctoral program at NYU. But, the whole time, one half of her mind is always back home with her mother.”

The young scientist says she advanced thanks to her mother, “a brilliant engineer who sacrificed everything” for her. In a tear-filled scene, her mother shows up at the GSEA business competition finals in Macau, China.

“My mom is my everything. As a single mom and the kindest woman I know, she has always been my role model. I often get to present my work and ideas. But GSEA has been the one place where I could tell the world how incredible she is.”

The film hints at China’s recent egregious human rights issues. One student faced discrimination leading up to the finale.

Kenyan entrepreneur Henry Onyango had created an Airbnb-like online marketplace. It makes housing options for college students transparent and accessible. When his idea beat out dozens of others, he set out to join students from 50 other countries en route to Macau.

He arrived with similar documents and reasons for entering as other students. Yet Chinese custom officials barred only Onyango, a young black man, from entering. It reflects on the nation’s long-standing racism.

This drama adds intrigue to the film. Yet it was “not a fun chapter while we were going through it,” said co-director Costantini. “It was heartbreaking and really terrible [that] Henry wasn’t going to be allowed in. This was one of many hurdles that he had to jump over to be able to pitch. He had to work twice as hard as everyone else.”

The Person Who Steps Up

More than entertainment, filmmakers hope Own the Room spurs viewers to act on entrepreneurial ideas. “We spend a lot of time complaining about problems in this world,” said Foster. “But are you going to be the person who steps up?” he asked.

“That’s what all five of these students did. They stood up to try to make a difference in their communities and for the world.”

Own the Room is streaming now worldwide on Disney Plus.