The vehicle used in the attack broadcast a message warning of a pending explosion. 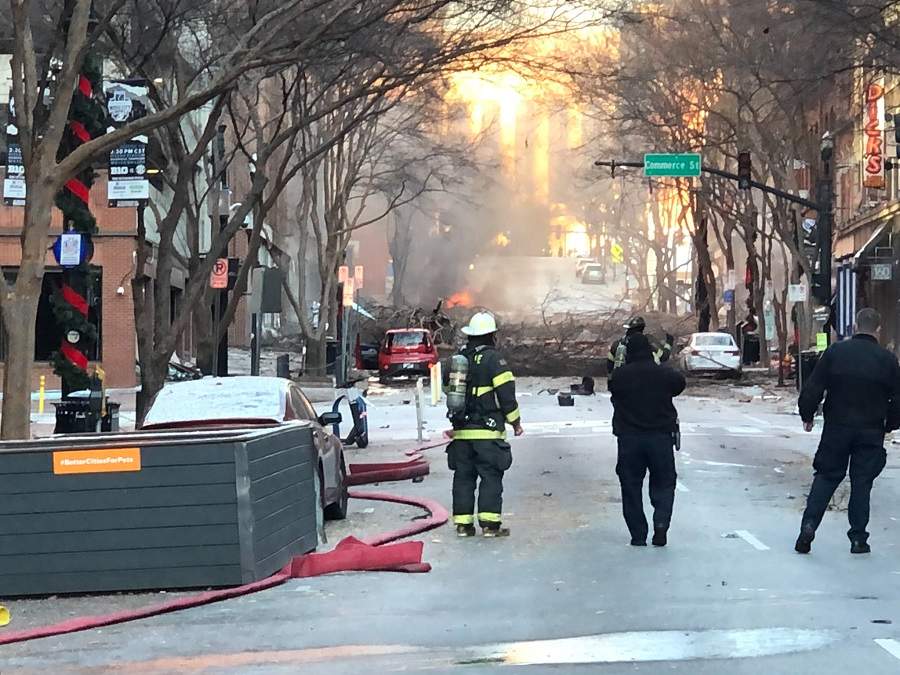 A recreational vehicle exploded Christmas morning in downtown Nashville. The blast occurred at around 6:30 a.m. local time on Friday, according to WTVF-TV Metropolitan Nashville Police and Tennessee Gov. Bill Lee say it was an “intentional act.”

The massive blast left debris in the streets for blocks around 2nd Avenue and Commerce Street, an area popular with tourists. Several buildings are damaged. Three people were injured. , according to WTVF, but thankfully, even miraculously, none are being called life threatening.

Before the blast, the vehicle in question broadcast a warning via loudspeakers: “All buildings in this area must be evacuated now. If you can hear this message, evacuate now.” Police were able to get nearby residents out of harms way.

In this video, you can hear the broadcast and witnesses the blinding blast.

Horrific footage from #nashvilleexplosion a few hours ago in #Nashville pic.twitter.com/vpc3YO6HUh

These are pictures from 2nd Avenue south. Windows were broken out from explosion area to Broadway. Please AVOID this area! Media staging is at 2nd Avenue south and KVB. pic.twitter.com/tocdpHWFgj

The Metro Nashville PD tweeted out an image of the RV and is asking the public’s help in providing more information.

BREAKING: This is the RV that exploded on 2nd Ave N this morning. It arrived on 2nd Ave at 1:22 a.m. Have you seen this vehicle in our area or do you have information about it? Please contact us via Crime Stoppers at 615-742-7463 or online via https://t.co/dVGS7o0m4v. @ATFHQ pic.twitter.com/JNx9sDinAH

Gov. Lee says local, state and federal authorities, including ATF and FBI, are on the scene. A large area of downtown Nashville has been closed off to traffic and pedestrians as the investigation continues.

Please join The Stream in praying for the citizens and first responders of Nashville, a quick recovery for those injured, and that the culprits will swiftly be brought to justice.

This story will be updated. The Stream’s Tom Sileo contributed to this story.