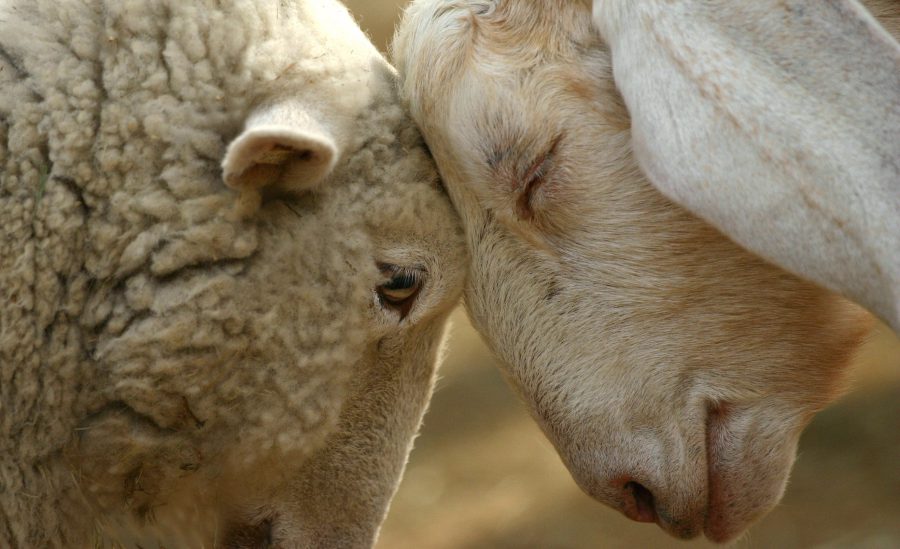 I’m haunted by an uber-Calvinist troll. He writes behind a pseudonym, but if he is who I think he is, he’s a scholar of some weight in the world. He’s someone I know a little. And like.

And he talks crap about Catholicism. For example, he thinks we Catholics think Protestants like him will go to Hell. That’s unfathomably … dumb. Worse, it hurts people who believe him, by separating them from their brothers in Christ, at a time Christians can’t afford to be any more divided than we are.

My troll responded to my Stream article Hell Will Hurt Like Hell with a tweet that ran: “but if you can’t be saved from hell except inside the Roman Catholic Church, what about Protestants?” He seems clueless about what the Catholic Church actually teaches. (FWIW, Calvin College professor Micah Watson wrote me, “as a Protestant I found the piece very ecumenical, and a great use of Lewis.”)

The Catholic Church does not think Protestants will go to Hell because you don’t join up. In fact, it teaches that your church may well be for you the way to live with Jesus and to enter Heaven.

In his catechism, Pope Pius X makes clear that just being a Catholic doesn’t do you much good. It does not give you an eternal get out of Hell free card. It opens the door, but you can always walk away. And lots of Catholics do.

Then it puts the hammer down. What about Catholics who don’t practice their faith? The answer: “He who is a member of the Catholic Church and does not put her teaching into practice is a dead member, and hence will not be saved.”

That seems definitive. Official. Final. It is — as far as it goes.

The Church talks about this matter in a statement from the Second Vatican Council called Unitatis Redintegratio. The world’s Catholic bishops published it in 1964. That’s as official a statement as you can get, and the bishops say nice things about Protestants. Like they (you) live with us as our brothers in Christ and (despite my troll’s belief) can go to Heaven as Protestants.

The bishops point out that sin divided the Church. “Often enough, men of both sides were to blame.” If Protestants left, some Catholics shoved them out. But that was 500 years ago. A lot happens in five centuries that can’t easily be undone. Christians need time to heal these divisions. Partly because we keep making the divisions worse. A sympathetic outsider looking at the Church right now would feel he had good reason to remain an outsider.

The bishops explain that the modern Protestant can’t be faulted for growing up in a Protestant church and for knowing Christ there. That’s what happens when Christians split up. “The Catholic Church accepts them with respect and affection as brothers.” Those “who believe in Christ and have been truly baptized are in communion with the Catholic Church even though this communion is imperfect. … All who have been justified by faith in Baptism are incorporated into Christ; they therefore have a right to be called Christians, and with good reason are accepted as brothers in the Lord by the children of the Catholic Church.”

The Catechism of the Catholic Church makes this point by combining several quotes from that document. It appeared in 1992 and is now the go-to source on Catholic teaching. Other Christians have “many elements of sanctification and of truth,” it says. These include “the written Word of God; the life of grace; faith, hope, and charity, with the other interior gifts of the Holy Spirit, as well as visible elements. Christ’s Spirit uses these Churches and ecclesial communities as means of salvation.” In short: Protestants can be exemplary Christians, heroes of godliness, even if they have fewer of God’s gifts than we think they should.

So my troll is grossly wrong. Well, that’s the new teaching, he might say. The second Vatican Council in the early sixties changed everything. Catholics talk nice now. But the real teaching sends Protestants to Hell. It’s what the Baltimore Catechism said.

The Old Teaching Too

The real teaching doesn’t send Protestants to Hell. Take the Catechism of Pope Pius X, published in 1908 and as solid a statement of traditional Catholic teaching as you’re going to find. Like the Baltimore Catechism, it does say this: “No one can be saved outside the Catholic, Apostolic Roman Church, just as no one could be saved from the flood outside the Ark of Noah, which was a figure of the Church.” Again, definitive, official, final — as far as it goes.

There you are! my troll might say. But neither the pope’s catechism nor the Baltimore Catechism left it there. The Church mediates salvation, but how she mediates it is a complicated question. The first asks about the man who “through no fault of his own is outside the Church.” It answers: “If he is outside the Church through no fault of his, that is, if he is in good faith, and if he has received Baptism, or at least has the implicit desire of Baptism; and if, moreover, he sincerely seeks the truth and does God’s will as best he can such a man is indeed separated from the body of the Church, but is united to the soul of the Church and consequently is on the way of salvation.”

The Baltimore Catechism says the same thing. Notice that in the quote above it says “must be connected with the Church in some way.” The Church stretches the idea of membership really, really far. Even my troll is, in Catholic terms,  a Catholic in some way. The catechism explains: “Persons who are not members of the Catholic Church can be saved if, through no fault of their own, they do not know that the Catholic Church is the true Church, but they love God and try to do His will, for in this way they are connected with the Church by desire.”

So you’re in, my Protestant friends. My troll gets the teaching wrong. He could have read all this if he wanted. We want you to be Catholics, but understand why you’re not. We know you’d like us to be Protestants. Not offended at all. We know you think that because you see us as friends and even family and want the best for us. Most importantly, we Catholics pray we and you will both enter Heaven, where our differences will dissolve in the love of God.

For more of David’s writing on the sometimes difficult friendship of Catholics and Protestants, see High Fiving the Pope, about Stream founder James Robison and Pope Francis; The In-Your-Face Catholic Teaching of the Immaculate Conception, which explains how divided Christians can deal with a really ; and A Man of Obvious Goodness, about a Baptist deacon whose life changed his. He and the Southern Baptist leader Albert Mohler explored the differences at a Touchstone magazine conference. Here’s Mohler’s Standing Together, Standing Apart and David’s response, Standing With Christ.

Held In His Hand: The Trust That Lifts Me From Worry