‘My True Identity’: Fostered Author on Her Experience in the Foster Care System and Finding the Love of the Father 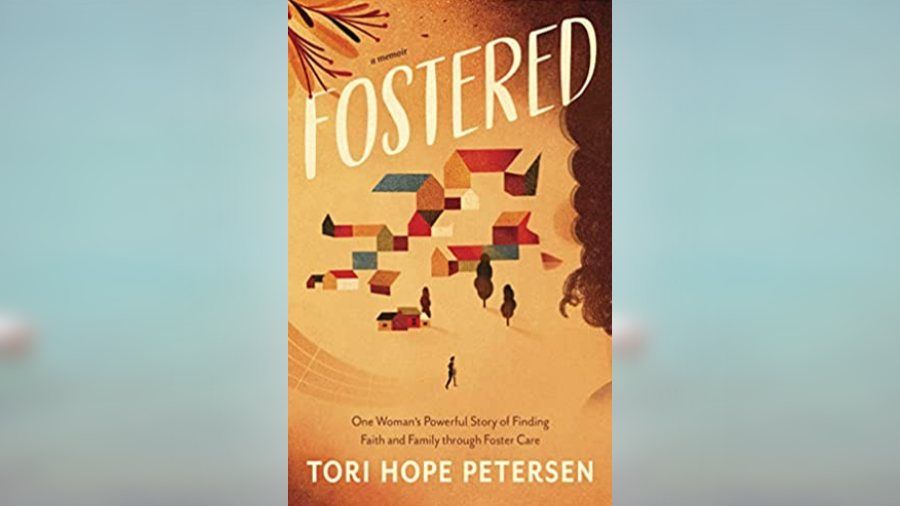 Tori Hope Petersen was once a foster kid who bounced around from house to house. She knows the foster care system intimately. If anyone could write the book on trauma, abuse and healing, it’s Tori — and she did. It’s called Fostered: One Woman’s Powerful Story of Finding Faith and Family through Foster Care. Fostered was written for foster parents, case workers and the church.

“It kind of evolved into it just being for people to understand what foster care is like from a foster kid’s perspective and to hopefully make it a better system,” Tori explained to The Stream. “Ultimately,” Tori wrote in her introduction, “I’ve written this book, not so you can see what God did through me, but so that you will believe what God can do through you, no matter the odds.” Fostered will be published August 30, 2022.

Tori entered the foster care system at four years old, after her mother, who suffered with mental illness, was caught with drugs in her home. Her time in foster care was dotted with abuse and trauma. She longed for a father, a place to belong.

It wasn’t until she was a young adult that she came to know God as her Father. “You know, even in my adult life, I’ve still felt like there are times I don’t belong,” Tori said. “But … I remind myself that my identity transcends and that I’m a child of God. That’s my true identity above all else.”

Having a Heavenly Father who loves her is everything to Tori:

“That’s also been a huge part of the healing. I was so angry at God for so long. … I was like, ‘Why didn’t You give me a dad?’ … And then I was in church and I was singing ‘Good, Good Father’ by Chris Tomlin. I probably sang that song a few other times before, [when my] foster mom was taking me to church. And again, I said I didn’t believe in God, but while I was singing that song, I was like, ‘Oh,’ I finally got it. I was like, ‘I do have a Father.”

Tori continued, saying, “He’s been here all along, taking care of me, protecting me, loving me and preparing me for everything that He’s had for me. And I saw that. I was able to look back on my life and be like, ‘Okay, God, You were there. You were always my Father. And He filled the gaps that no earthly father could have.”

Because she had gone from home to home in foster care, she felt like no one wanted to keep her. “But God has created a room for me in a kingdom! I don’t have a home on earth, but I have like a room in a kingdom. That’s huge.”

Tori said she does care about what people think of her, but “we forget what God thinks of us. And God’s opinion is above all else. And so people can say, ‘Yeah, I don’t like her. Yeah, she’s not wanted in this circle. She doesn’t belong here.’ But God says, ‘You belong here. You are mine.’ And His opinion is above every other opinion.”

Seeing Others as God Sees Them

Tori wants people to see others as God sees them. “Outside of the church, in my town, people really looked at me as a trouble child. They told my track coach who started to pour into me and mentor me, ‘stay away from her,’ like ‘wash your hands of her.’ You know, ‘you don’t want anything to do with her.’ He didn’t see me that way though. He saw me as God saw me: a person with a purpose and a plan and potential. And he poured into me. And he got to see all those things first because he chose to see me that way.”

“I want to encourage people to change the way they see, because the way we see others often is the way that they see themselves. And so when it comes to youth and foster care kids who come from hard places, we’re losing a lot of potential when we see them not as God sees them.”

Tori became involved in foster care reform as a teenager. Her first act of advocacy happened when a nonprofit asked her to make a sign that would express her experience as a foster youth. She wrote a sign that said, ‘Stop stereotyping me.”

“And that was really the first time God planted a seed that told me I had a story. I had something to say, ‘because people were very impacted by that. It was three words on a sign. People were walking by crying.”

She also went to DC and worked for the house majority whip, Steve Scalise, and a nonprofit called The Congressional Coalition on Adoption Institute. “And with them, I wrote policy on how we can change perspectives of youth in foster care.”

Learning How to Love and Being Loved

Tori is now feeling heard, which has been a big part of her healing from the trauma and abuse. “For so long, my voice wasn’t valued.” When she was writing the book, people asked her if she had a ghost writer. “And I was like, ‘No, I would never have … a ghost writer because my voice was taken from me for so long.’ And I think one of the most healing things has been my voice being heard by people and then amplifying the voices of other people who are silenced.”

She gained insight from this experience. “There’s this idea … ‘Be a voice for the voiceless’; but those people that we say are voiceless, they have voices. We just have to listen to them. And so healing looks like being one of those voices and also amplifying those voices. And it looks like being in community and learning how to love and being loved.”

That kind of love means that people need to embrace “a radical hospitality, welcoming people in, even when you don’t know the end of the story.” People shouldn’t think that if they invest in a foster kid it’s always going to be a success story.

“But when you look at Jesus and His love for us,” Tori said, “He didn’t die on the cross because we were all going to accept Him. He died on the cross for people that deny Him, for people who will never accept Him and love Him. He just said, ‘I love you already.’ And so, I think just this radical welcoming … because that’s really what … brought me to the heart of Jesus.”

A Crisis in America

Experiencing God as Your Father

The Death of a Predator

When Christian Leaders Fall, How Should We Respond?