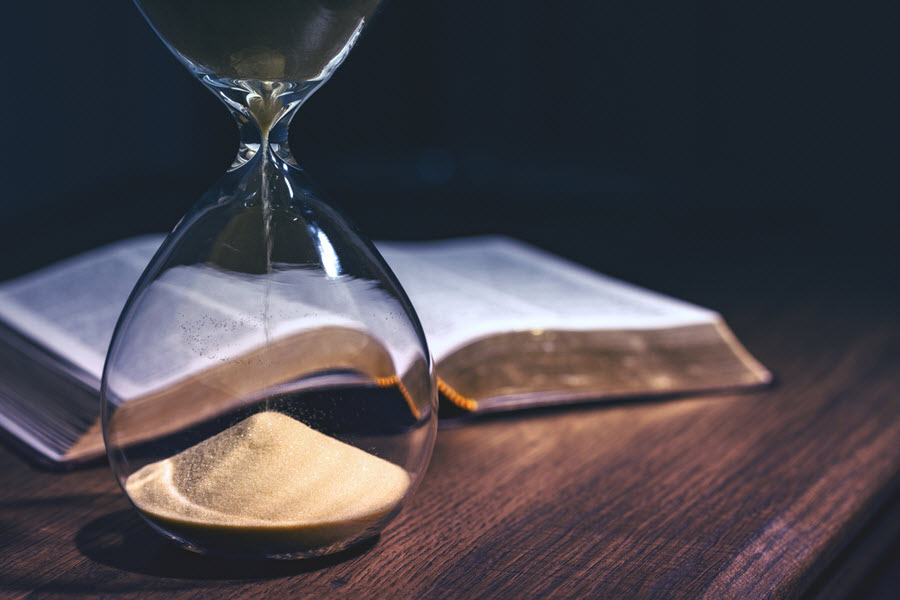 Publisher’s Note: Dudley and I have been friends for 50 years, and he did the follow-up Bible teaching for hundreds of our citywide crusades. No one has had a more positive and profound impact on my life than this man. He hears clearly and shares thoughtfully what is revealed to him by the Holy Spirit and God’s infallible Word. Please read his thoughts concerning this moment in history. — James Robison

The God who created all things did so out of a heart of love. He made it good and blessed it. We are designed for flourishing in his creation and are equipped to manage it in partnership with him. This is not a world randomly spinning in space without purpose, nor are we victims of unknown evil forces. This is God’s world.

He has given humans the privilege and responsibility of managing it. He has given his redeemed people the wisdom and power to equip anyone to operate in all situations. As the church (the redeemed ones) does its job, the whole society improves in its skill of discovery and development. The world of possible new inventions is larger than our imaginations. Darkness is not destined to rule. Light will dispel it wherever there is a confrontation.

It is a narrow view that believes that the problems in our nation consist of the wrong political party being in charge. The problems arise when the wrong spiritual kingdom operates incognito. Jesus explained to his disciples that the kingdoms of this world succeed by ruling over each other, with each seeking to find a higher honor than the other. His kingdom is built on us humbly serving and sacrificing for the honor of the other.

God is doing something much larger than teaching us a few lessons on priorities and misplaced values. This is a major interruption with threats to life that have global ramifications. This is not just a test of our ability to hang on until the worst passes. It is an opportunity to see God’s purposes in a way we’ve not seen in many decades, or maybe ever.

He didn’t casually put the crucifixion and resurrection of Christ at the center of history. It is not just a part of religious history. It cannot be ignored. Whatever God says has this dynamic in it. The gospel message that captured Saul of Tarsus is the same message that released the light that has empowered civilization in the world. There will be no awakening without this being the center. It is a message that energizes recipients to engage their world with love. When it has been diluted to cause people to run, hide, hoard, and take, it has become a false message.

Recovering the heart of the true gospel is part of what God is doing. Death is a precursor to resurrection. Everything that offered hope dies to be resurrected by God’s power to a greater hope. Nothing worthwhile that dies stays dead. God’s kingdom is about new life coming out of old. People who really believe that offer a perspective for everyone which empowers them to walk through any circumstance. Yes, we win — but our victory is in serving, even suffering, rather than in bossing others around.

Attributing Blessings to the Wrong Source

Prior to the COVID-19 attack, things in some areas were beginning to flourish in the U.S. under the present administration. It was undeniable even for those hesitant to give any credit to political opponents. We were seeing more people with jobs, more respect for the dignity of life, a renewed appreciation for justice, a growing economy, and hope for peace in some hostile areas of the world.

Those who have been praying for our country can easily see how God again used flawed people and imperfect systems to initiate some needed change. He has repeatedly done that throughout history.

However, the size of government was not shrinking. It is possible that if things had continued to progress as expected, we would have erroneously concluded that right political policy would ensure human flourishing. The role of government (even if it is one more aligned with our convictions) continues to play a larger role and is given credit for our success. It is just a matter of time before others are at the controls of the huge government and human lives pay the high cost of bad ideas.

Small government is better than big government, but neither works when human hearts are fearful and greedy to control. Even small government can only work when men and women are governed internally by a power stronger than greed.

What We Really Need

We don’t need a spiritual awakening to just change the minds of radical progressives or right wing extremists. We need all our eyes opened to the reality of the God who loves us, delights in our joy, guides us in paths of righteousness, and partners with us in blessing others.

When love for others replaces suspicion and fear, fewer laws are needed to sustain an orderly society. Good government comes from people who are free inside. They will honor God and bless His world.