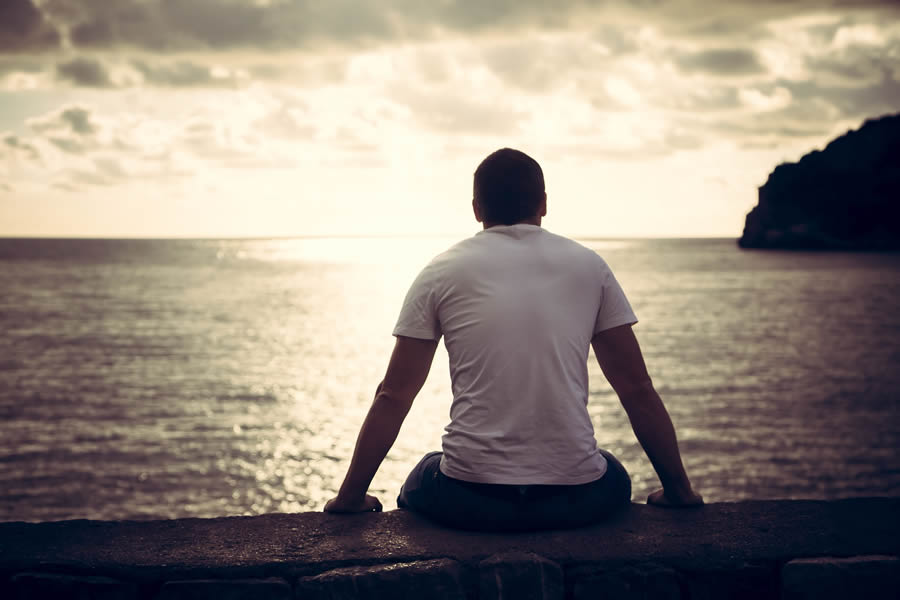 Walking away from the gay lifestyle wasn’t nearly as easy as it was “coming out” and walking into it.

I called myself a Gay Christian and went to church on Sunday to feel religiously good about my “Christianity” while living the rest of the week as if God didn’t exist. After several years of dating several men and moving from one empty relationship to the next, I still wasn’t happy with my choice to live according to my feelings.

In a moment of despair, I made the choice to have unprotected sex with my partner at the time who was HIV positive. It reflected the self-hatred I held within myself. Four months later I was diagnosed as HIV positive. This was my lowest moment ever. I cut off all contact with anyone who loved me. After all, I felt as if I deserved this disease as a result of this horrible life I’d been living.

A New Identity in Christ

One night sitting on my couch watching CNN, I saw Janet Boynes, a former lesbian, share her story on Pray the Gay Away? with Lisa Ling. I’d never heard anyone share how God pulled them away from the gay lifestyle. I’d only heard, “you can’t go from gay to straight.”

It took years before I understood that God was also calling me to let go of my gay identity and trust him with a new identity in Christ. It became clear to me that I couldn’t serve two masters. I’d either love one and hate the other or hold on to one and despise the other (Matthew 6:24). I had a lot of doubt in regard to whether leaving my homosexual identity and walking in freedom was even possible.

Through God’s hand, Janet Boynes along with Janet Boynes Ministries reached out and played an instrumental role in the first few months walking away from the lifestyle. It was like learning to walk all over again. Through the ministry, I was exposed to others who had left their homosexual identity at the cross of Jesus and were confidently walking by faith in their God-given identity. This gave me confidence that because I was now in Christ. I was a new creation. (II Corinthians 5:17)

My Pride and Failure

God also surrounded me with a beautiful church family with men who knew my story. They took time to get to know me, encourage me as a brother and a man of God. What I didn’t realize, however, was the fact that because I was now in God’s army, the devil despised that victory immensely. He didn’t attack me in the first year out of the gay lifestyle. I was rejoicing in how much easier it was to give up than I once had thought.

Proverbs 16:18 rang true as pride came in the year before my failure. While I had no desire to go back to dating men, my same-sex attraction and sexual desires just hadn’t disappeared. I’d prayed they would for years and it was frustrating to have to battle them daily.

After losing my grandfather and an aunt who was very close to me all within a three-month span, I was vulnerable and fell back into old ways. Shame and guilt enveloped me as I grappled with the reality that as a Christ follower, I’d willfully stepped back into the behaviors I knew all too well.

I thought that giving my life to Christ somehow equated to the ticket to a life free of internal conflict and absence of homosexual struggle. The fact I was bearing the weight of my sin was evident and through discipleship with some guys at my church, I shared the reality of my situation. To my surprise, they reacted with compassion, grace and strength. They reminded me that God’s grace was enough (II Corinthians 12:9), that my sin struggle wasn’t a surprise to God. They reminded me that God’s love and kindness would compel me to repent and turn from my sin and walk towards Christ (Romans 2:4).

I felt like a leper, a traitor, a failure and a fraud. I realized this was because I was listening to the lie of the enemy feeding me doubts and deception. The truth of God’s love overwhelmed me, and it melted the chains of guilt, shame and fear.

The Victory Through Christ

Since then, I’ve picked up my cross daily and followed the Lord. This has not been without struggle. Following Jesus requires us to trust in a plan and purpose. We don’t always see the map for specific instructions. It calls us to a life of giving and sacrifice. I fail daily but realize that the God that I serve is right there to pick me back up when I fall. Walking out of a life of sin will never be without struggle regardless of what particular sin we’re breaking free from. Understanding this is an important foundation to living in victory. “But thanks be to God who gives us the victory though our Lord Jesus Christ” (I Corinthians 15:57).

If you’ve struggled with your identity, whether it’s same-sex attraction, your gender, or what other people have said you are, know that you are not alone. Everyone, if they were honest, would admit that they struggle. It’s not important to keep track of your personal failures, but rather turn to the one who has died for them all, surrendering another day and accepting the forgiveness and new life that we have in Christ.