My Mother, the TV Warrior 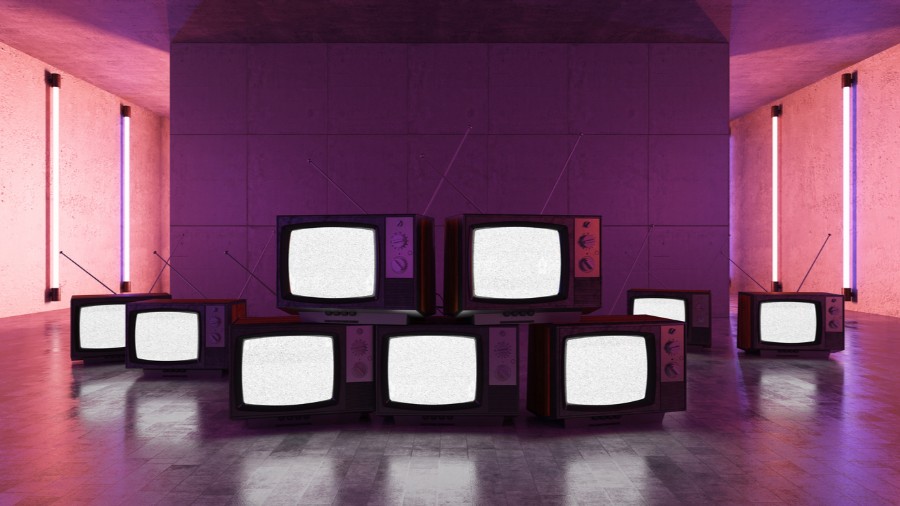 Our family was weird. We were not normal, and as far as my school friends were concerned, the weirdest thing about us was that we did not have a TV.

I grew up in the 1960s and ’70s and one of the main talking points at school was what show you watched the night before. Was it Mister Ed the talking horse? Bonanza? Laugh In or Bewitched? My buddies would gasp with disbelief when I told them I hadn’t watched any TV shows the night before because we didn’t have a TV.

We could afford a TV. Dad had a good job running his own men’s clothing store. We had a comfortable middle class home life, but when they decided to build a house in the country, Mom decided we didn’t need to have a TV.

The great thing about my mom’s decision was that it was not taken out of a strict, negative, religious attitude. She simply considered most of the stuff on TV to be either stupid or a waste of time. She called the TV “the idiot box” but when we went to grandma’s house or the homes of our relatives and friends Mom did not bear down like an Old Testament prophet telling us to get away from the sinful sewer of Satan. It was okay. We were allowed to watch TV. It’s just that we didn’t have one in our house.

At the time we were embarrassed and chafed a bit at not having a TV, but Mom emphasized how many better things there were to do. We read a lot and made regular visits to the library, excited by the armfuls of books we had borrowed. We played outside, built a tree house, sailed toy boats down the creek to the river, swam in the lake and hiked in the woods. We fell off our bikes, were stung by wasps and covered with poison ivy. We got lost in the woods and found our way home. We slept out in the summer and went sledding and ice skating in the winter.

Mom was right. There were much better things to do than watch I Dream of Jeannie or The Munsters.

Our eyes and our minds are being held hostage by the media masters. What to do about it? Re-claim the custody of our eyes.

Once when we were staying at Grandma’s for an overnight my sister and I watched Alfred Hitchcock’s The Birds after Grammy fell asleep in her chair. I still remember the saucer size of my eyes when the heroine went up the stairs, opened the attic door and was attacked by the horrible birds. Because we didn’t have a TV the horror was more vivid and I would have screamed along with my sister if I hadn’t already covered my face with a pillow.

Did we miss anything for not having a TV? Was our childhood poorer for not having horror shows, banal sitcoms with canned laughter, Western shootouts and the nightly news? I doubt it.

In those days we’d see pictures of huge billboards with the Russian leaders, military parades with soldiers and missiles and books and booklets obviously written to hammer home the party line, the cultural revolution and the communist message.

The propaganda was everywhere.

What is our propaganda? The TV screens are now not only in our living rooms, they are everywhere. In bars and restaurants, airports and virtually every public place the television blares away and glares away and people sit goggle eyed in front of it.

In our homes the big screens are turned on 24/7 and now we not only have the big screen TVs, we have the small screens of our phone, our tablets and our laptops. We’re glued to the screens and seem oblivious to the fact that they are the channels of American propaganda.

Whether it is the news, the entertainment channels, social media or the commercials, the screens dish out the underlying American message. That message is that materialism is great, pleasure is the ultimate good and entertainment is everlasting. Our screens are a far more powerful means of state and cultural propaganda than the Soviet billboards and communist parades ever were.

The subtle power of the screen is such that if we see it on the screen we believe it must be true. Even when we know what we’re seeing is biased propaganda, commercial exaggeration or just a plain and open lie, we find it hard to be critical. So the American cultural monster of the ever-present screen brainwashes us to accept a false reality.

Custody of the Eyes

Our eyes and our minds are being held hostage by the media masters. What to do about it? Re-claim the custody of our eyes. We need to have the self discipline to stop channel hopping, use the “off” switch and find something better to do.

When I lived in Pennsylvania the Amish folk would open their homes to busloads of New Yorkers who would come and gawk and buy Pennsylvania Dutch craft work, shoo fly pie and other delicacies. The Amish were happy for the business, but they also considered their hospitality to be a way to share their deeply held faith. I can’t forget the reply of an old Amish man when a woman from New York shrieked, “You mean you really don’t have a TV!?!”

He smiled and said, “When was the last time you watched something on television that helped you be a better person?

I’m on the side of the old Amish man, and still thank my mother on a regular basis for her weird, but wise decision.