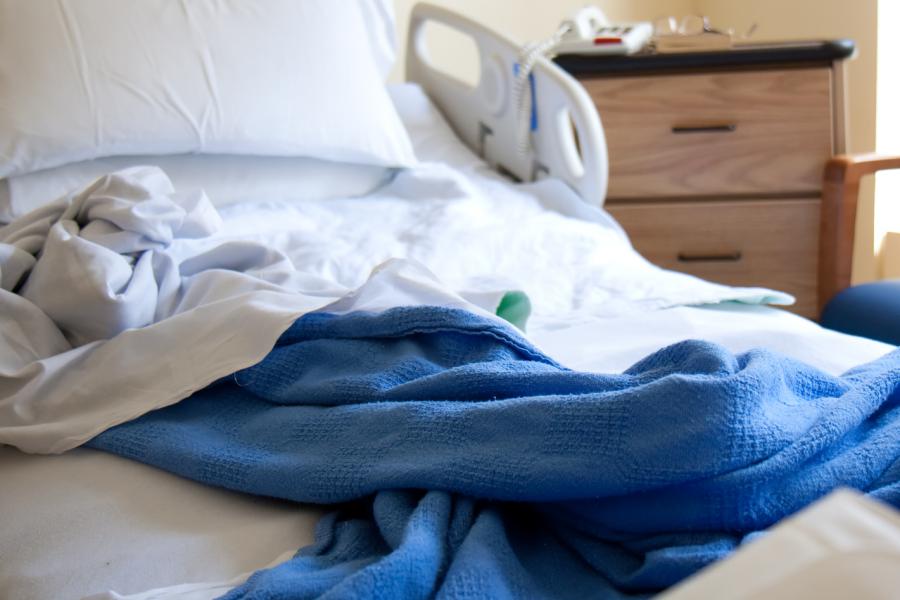 He was a dignified man suffering all the embarrassing ways a hospice deals with the body’s failure as cancer begins shutting down the organs. Dying in a hospice, you lose all rights to modesty as you lose control of your body. Few men could have found the indignities of those last few weeks of life more excruciating than did my father.

I did not want to see him there. This was what dying of cancer is like, and my father, being the man he was, took it like a man. It was the hand he’d been dealt, and he was going to play it, as bad as it was.

Though he died five years ago, in bookstores I still find myself starting to buy a book I know he’ll like, and thinking as I start to pull it off the shelf, “No, wait,” or deciding to ask his advice on a matter great or small, and thinking as I reach for my phone, “No, wait.” Every time I feel that sharp burning pain behind the sternum you get when your body panics and floods itself with adrenalin. The world has a hole in it and one that will never be filled in this life.

It is a great blessing to be with your father as he dies, though mercifully a blessing you will enjoy only once. I was sitting in his room at the hospice, my wife and children having run round the corner to get lunch, my mother having lunch with an old friend round another corner, my sister up the road at her job running a thrift store. He had, as far as we knew, as far as the doctors knew, weeks to live.

I had been there for a couple of hours, editing something on my laptop, focused on the work, when suddenly I knew, I don’t know how, other than Grace, that he was breathing his last. He drew in a short, hard breath. I knelt by his head and said, “Goodbye, dad.” He drew in a shorter, shallower breath, almost a half-breath, and then stopped.

I went to get the nurse, waving my hand toward the room because I could not speak. She came in, listened for a heartbeat, and I stood hoping I was wrong, that I’d missed something, that I was going to be embarrassed, till she shook her head at another nurse who had come into the room behind me.

Being there was, as I say, a great blessing. At least, it is a great blessing to be with your father when he dies if he died the way mine did. He did not die with dignity, as those who promote “death with dignity” define it, which means, in essence, to die as if you weren’t dying.

I can see the appeal of “death with dignity” and programs like those offered in Oregon and the Netherlands, where doctors will help you leave this world at the moment of your choosing, without fuss or bother or pain. I do not want to die and I really, really do not want to die the way my father did.

I would find the indignities as excruciating as he did, and I have no confidence I would deal with the pain as bravely as he. I would not want my children to see me so pathetic.

“Death with dignity” seems to offer not only an escape from pain and humiliation but a rational and apparently noble way to leave this life. You look death in the eye and show him that you, not he, are in control.

All “dying with dignity” requires is that you declare yourself God. Make yourself the lord of life and death, and you can do what you want. All you have to do, as a last, definitive act, is to do what you’ve been doing all your life: Declare yourself, on the matter at hand, the final authority, the last judge, the one vote that counts.

You Are Not God

But you are not God, and, the Christian believes, the decision of when to leave this life is not one He has delegated to you. It is not your call. The Father expects you to suffer if you are given suffering and to put up with indignities if you are given indignities. The Lord gives, and the Lord takes away; blessed be the name of the Lord. And that, as far as dying goes, is that.

This is not, from a worldly point of view, a comforting or comfortable teaching. It is one much easier for Christians to observe in theory than in practice, and to apply to other people than to themselves. In practice, we will want to die “with dignity.”

My father was an engineer, not a philosopher. I’m not sure if he read a theological book in his life. The questions that interested me bemused him. But he knew who he was and what he was called to do, a condition others would put in a theological language I suspect he thought was unnecessary. He was dying. That was his job, and he would do it as well as he could.

Lying in a hospice bed, in the very last situation he would have chosen for himself, my father taught me that to die with dignity means to accept what God has given you and deal with it till the end. It means to play the hand God has dealt you, no matter how bad a hand it is, without folding. It means actually to live as if the Lord gives, and the Lord takes away, and in either case blessed be the name of the Lord.

It’s dignity of a different sort than the corruptingly euphemistic slogan “death with dignity” suggests. There is a great — an eternal — dignity in accepting whatever indignities you have to suffer to remain faithful to God and to do what He has given you to do. A man can be humiliated and yet noble, and the humiliations make the nobility all the more obvious. My father died with dignity, though the advocates of euthanasia and the clean, quick, controlled exit might not think so.

My Father Held the Line

Here my father held a line he probably did not recognize, a line that protects the vulnerable. He would never have said this, and would have thought the idea pretentious.

But by living as if his life was not his to give up he also declared in the most practical way possible that the lives of the vulnerable are not for others to take. There are only a few steps from declaring that a man may choose to be killed to choosing death for those who cannot choose for themselves. The vulnerable are protected by those who refuse the choice.

The man who chooses the timing and meaning of his own death has looked death in the eye and shown him that he is in control — but only by giving death what he demands even sooner than he demands it. That, presumably, is a deal death will take. My father, lying in the bed by the window in a hospice he would never leave, offered death no deal at all.

Reprinted from the March 2011 issue of First Things. See also his reflection, On Father’s Day, when your father has died.

#2020Hindsight 2: What We’ve Learned From This Crazy Year