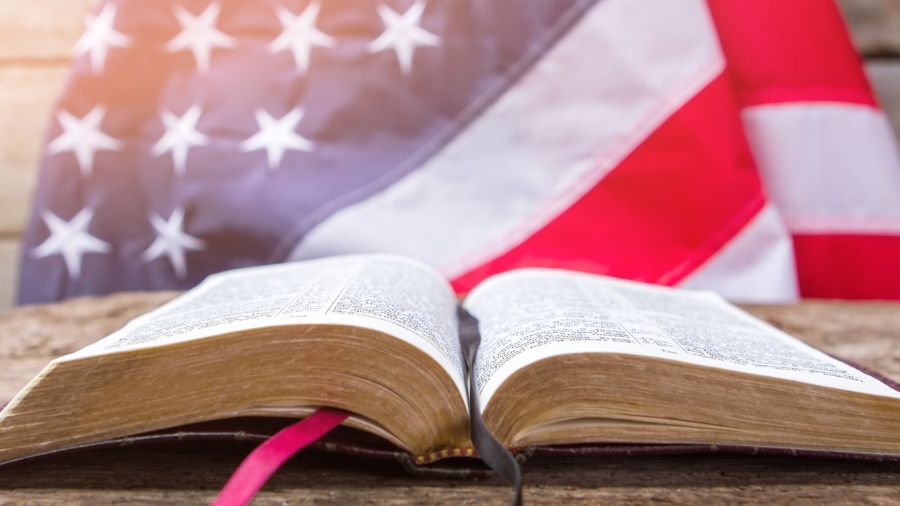 Unlike today, many early political leaders were not ashamed to admit the true source of America’s strength — they were biblically correct, rather than politically correct. They were statesmen, not politicians. A politician thinks of the next election; a statesman thinks of the next generation. Can you imagine politicians truly acknowledging Jesus today? It’s almost unheard of. Granted, there are a few, and I thank them for their stance.

An Urgent Need to Return to Biblical Principles

History, as well as the original intent of the Founders, does not allow us to separate God’s Word from governing our nation. The Founders chose a republic over a democracy for this very reason. A democracy governs by direct vote of the majority of the people; principle-centered leadership was to govern America’s republic. Representatives were to vote and administrate according to unchanging biblical principles, not by feelings or opinion polls. Murder, stealing, lying, and so forth are always wrong regardless of how the majority may vote. This isn’t a popular stance, or an easy one, but it’s the right one! We need more people in leadership who recognize the urgent need to return to biblical principles.

History, as well as the original intent of the Founders, does not allow us to separate God’s Word from governing our nation.

It’s extremely disheartening to see how far we have drifted. Clearly, most of America’s founders and early settlers wanted the Bible, prayer, and biblical principles so entrenched within society that nothing would remove them. This is why John Adams, one of the signers of the Declaration of Independence, rightly said, “The general principles on which the fathers achieved independence were … the general principles of Christianity.”

God’s Word was the Foundation

The list could go on and on: From Harvard to Yale, from the Supreme Court to the local courts and the public school system, historically, the theme remained the same — God’s Word was to be the foundation on which America was built! For example, although the home was where the majority of early Americans were educated, the Boston Latin School (established in 1636 by Rev. John Cotton), the first school outside the home, taught students the Word of God. In 1647, the Old Deluder Law established the first biblically-based public schools in America. The Colonists believed that they could protect their civil liberties by eliminating biblical illiteracy.

As yet another example, consider the 1642 Rules and Precepts of Harvard University founded by Reverend John Harvard: “Let every student be plainly instructed, and earnestly pressed to consider well, the main end of his life and studies is, to know God and Jesus Christ which is eternal life (John 17:3).” The Rules continue, “and therefore to lay Christ in the bottom, as the only foundation of all sound knowledge and learning.” What would those at Harvard say today?

Additionally, one can simply review The Works of John Witherspoon to get a glimpse into the biblical mindset of many of the Founders. Reverend Witherspoon, one of the signers of the Declaration of Independence, achieved a great reputation as an educator and a religious leader. He is known as “the man who trained the Founding Fathers.”

I’m not suggesting that the Founders were without fault, or that they were all Christians; they were human and made mistakes, but in general, most were committed to God’s wisdom when they set forth the foundation for government, and ultimately, the nation. A brief review of their last wills and testaments will confirm this. It’s amazing to see how many of these men acknowledged God and their Savior, Jesus Christ. Additionally, the Founders introduced approximately 1,400 official prayer proclamations prior to 1815.

Honored to pray for @realDonaldTrump and our nation! Also discussed the many great accomplishments under the leadership of President Trump. He continues to work tirelessly on behalf of the American people
(Official White House Photo by Joyce Boghosian) #prayer #potus #nation pic.twitter.com/rJ6ExahYXN

So, is nationalism (patriotism) a bad word? Watch to find out: