Music Prof Politicizes Music to Make It ‘Equal.’ What Happened to Making It Great? 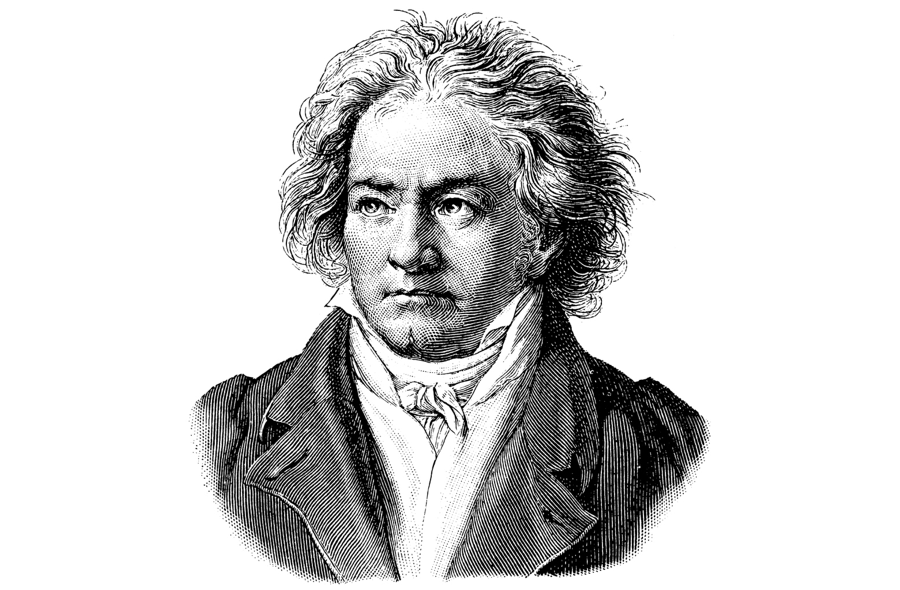 Chris White, assistant professor of music theory at the University of Massachusetts Amherst, doesn’t know Beethoven’s full name, but he insists we use it anyway. Calling him by his last name alone is racist and a sexist language maneuver. And it creates the impression that other composers aren’t on the same musical plane as he was.

You probably think you misread that. Go ahead, re-read it, I don’t mind, but it isn’t going to make any more sense the second time. Don’t blame me, though; I’m just passing on what White said.

His article at Slate.com is titled, helpfully, “Beethoven has a first name.” (Some of us already knew that.) Poor old Ludwig never went by “Ludwig Beethoven,” which is what White (or maybe his editor) called him at the end of the article. It’s an odd mistake to make in a piece subtitled, “It’s time to ‘fullname’ all composers in classical music.” They forgot to “fullname” him! (It’s “Ludwig van Beethoven”)

If it was the editor’s mistake, he or she made an even worse one: letting the piece get published in the first place. Because yes, you read that first paragraph right. White actually did say it’s racist and sexist to speak of Bach, Mozart, Beethoven, Brahms, Schubert, and other greats by just their last names.

When we say, ‘Tonight, you’ll be hearing symphonies by Brahms and Edmond Dédé,’ we’re linguistically treating the former as being on a different plane than the latter, a difference originally created by centuries of systematic prejudice, exclusion, sexism, and racism.

Or it could be that Brahms’s music is on a different plane.

Dédé was “a freeborn Creole composer whose music packed concert halls in Europe and America in the mid-19th century.” I note with interest that White says not a word about how good Dédé’s music was or wasn’t, only that he really packed them in at his concerts. But then, so did Parliament Funkadelic, The Tubes, and Montrose, three of the top ten concert draws in 1976. If Dédé was on a level with Brahms, White could have made the point a whole lot more persuasively than he did.

I’m not sure White really cares about that, though. It’s Dédé’s freeborn Creole status he cares about. Maybe I should go back and check his credential again … yep, it says he’s an associate professor of music. For a moment there I could have sworn it was politics.

It’s obvious enough. Only a politicized academic would need it explained to him this way.

His article flows quite obviously out of postmodern-influenced theories that treat language as a power game. Saying a person’s name is a language act, so on this theory it’s also a power act. It’s not just identifying them, it’s positioning them; so the mere act of “lastnaming” Beethoven assigns him more power than, say, Elizabeth Cotten. Language is never about truth, since no one has access to that anyway. It’s about legitimizing your point of view, and deligitimizing others’.

Can We Use Names to Identify People, Or Does It Have to Be Political?

Let’s turn his theory around and see what happens. Why fullname all the composers? Why not go the opposite direction and lastname them all? “No more Ludwig van Beethoven, no more Johann Strauss, and yes, no more ‘Edmond Dédé’ on concert programs. We’re equalizing them all! From now on it’s just ‘Beethoven,’ it’s just ‘Dédé,’ and if you insist on fullnaming ‘Strauss,’ you’re just perpetuating a white racist sexist system!”

Professor White doesn’t go there, obvious because he can’t. We actually do use language to identify who we’re talking about.

Indeed, if you know your music, you’re smirking right now. I’ll bet even Chris White’s got a smirk on him, asking, “Strauss? Which Strauss? Richard or Johann? And if Johann, then which one?” Johann II is certainly more famous now, but his father had a reputation in his day, too, as a waltz composer.

Names matter. See how it easy it is to prove it? Honestly, I’m embarrassed even to be spelling it out for you. Only a politicized academic would need it explained this way.

Yes, White Has a Point …

I’ll grant White this much: White males had a huge advantage in classical music. That’s just the way European and American society was structured, excluding women and the poor from opportunities, as well as some minorities. People still debate whether Mendelssohn’s conversion from Judaism to Protestantism might have been a political move to allow him access to a musical career.

So we can count politics, economics, and racism among the many reasons a symphony may not be written that could have been written, or a composer be forgotten who should have been remembered. I won’t deny White that point. Politics can mess up the making of good music.

… Just Not the One He’s Making

So I’ll agree with him that far, and I’ll even go him one further and say politics can mess up music all kinds of ways. And White’s take on it here is very definitely one of them; for while many things can cause music to be left behind, only one thing can cause music to be remembered as great, and it isn’t how we decide politically how to “name” its composers. It must actually be great.

We consider his music great because it is. Ludwig van Beethoven is simply “Beethoven” because he earned the distinction.

Similarly J.S. Bach is “Bach” because he earned that distinction, considerably more than any of his highly musical children did. And the reason every classical music lover who hears the words “Strauss waltz” thinks of Johann Strauss II, not his father, is because he wrote more great waltzes than his father did.

A Great Name Must Be Earned

And very likely there are composers alive today who are on a different plane than all their contemporaries. Maybe they, too, will be lastnamed someday. Lennon, maybe? Or McCartney? Possibly, though as Rick Beato explains so eloquently, it’s too early to say today what the world will think a couple hundred years from now.