Mr. Potato Head Losing His Manhood … Or Not? 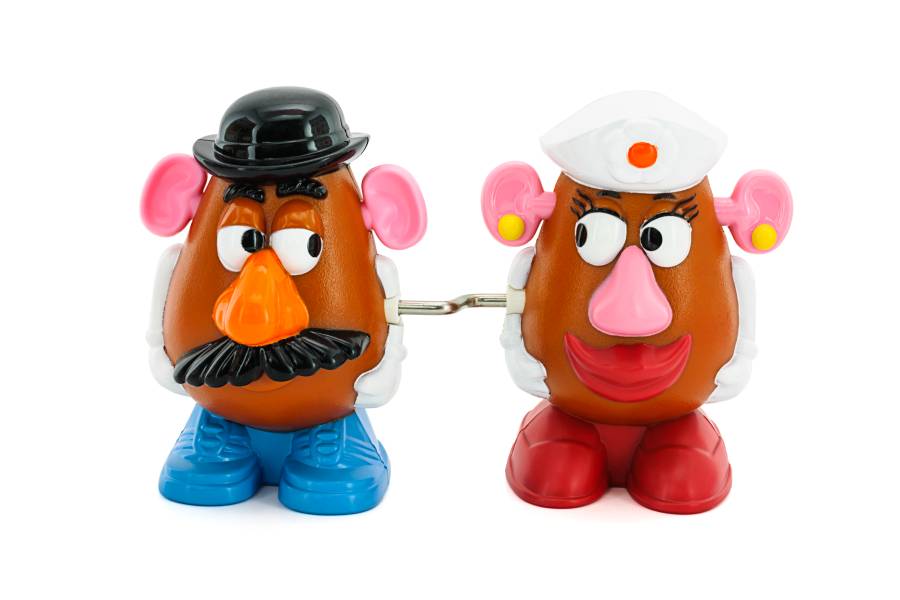 Major Update: Hasbro is either back-peddling faster than an all-pro cornerback or blew its announcement this morning. Hasbro is now saying that Mr. and Mrs. Potato Head will not be going anywhere.

The spud is no longer a stud.

But did they consider how Mrs. Potato Head would feel about this? https://t.co/HG5EGyt6ux

Hasbro’s senior vice president and general manager Kimberly Boyd said Thursday that kids continue to engage with the Potato Head family because it provides a canvas onto which they can project their own experiences. “The sweet spot for the toy is two to three years old,” she said. “Kids like dressing up the toy, then playing out scenarios from their life. This often takes the form of creating little potato families, because they’re learning what it means to be in a family.”

But why bag the historical traditional family?

“Culture has evolved,” Boyd said. “Kids want to be able to represent their own experiences. The way the brand currently exists — with the ‘Mr.’ and ‘Mrs.’ — is limiting when it comes to both gender identity and family structure.”

Perhaps we need to pause right here to remind ourselves: It’s a potato. A root vegetable. Best I know potatoes have never been able to marry or for that matter grow mustaches.

But such things matter little when trying to indoctrinate two-year-olds.

Hold on, Teddy Bear, you cis-gendered anachronistic relic of transphobic age. You’re next.

It’s not enough to jump on the Woke bandwagon with a gender neutral tater, Hasbro is going green too. The new ‘Potato Head” will be made of “plant-based plastic.”

The irony? When Mr. Potato Head was introduced in 1952, families had to supply a real potato, which kids could then jab with the assorted eyes, ears and mustache pieces to their hearts’ content.

So, in addition to ditching Mr. and Mrs., they’ve gone from a real plant to plastic to a plastic made of plants that takes how much fossil fuel to produce.

We call that progress.

The Cost of Losing Your Tongue