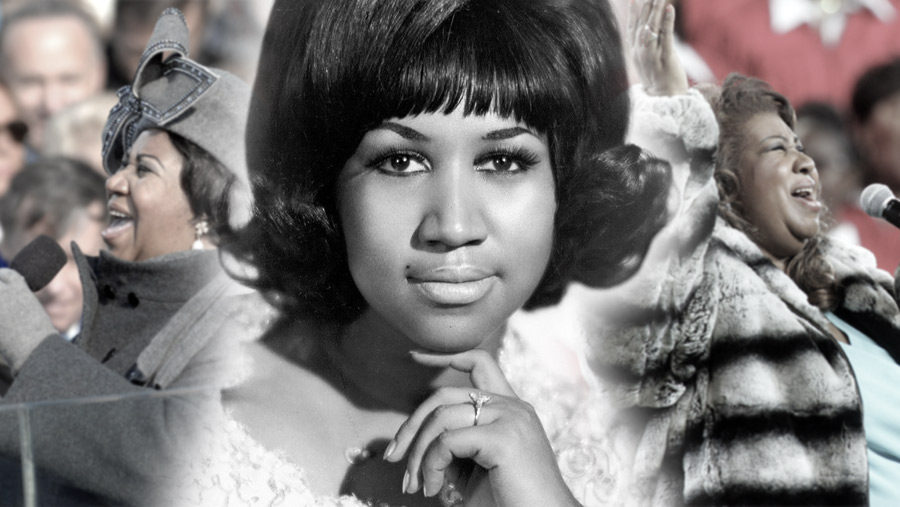 Aretha Franklin has left this earth’s stage for the waiting arms of Jesus. The daughter of a Detroit Baptist preacher leaves behind a six decade-long legacy of some of the greatest music our nation has ever produced. Sure, Rolling Stone was right to name her the greatest singer of the rock-n-roll era. (Who else would even be in that conversation?)

But Aretha Franklin was more than an amazing, soulful vocalist. She was a distinctly American voice for black and white, rich and poor, weak and powerful. If Rev. Dr. Martin Luther King’s “I Have a Dream” speech was the great American sermon, Aretha’s music is the praise and worship accompanying us out of the church.

When she sang, she embodied what we were fighting for, and her music strengthened us. It revived us. When we would be released from jail after a non-violent protest, we might go to a late night club and let the music of Aretha Franklin fill our hearts. She was like a muse whose songs whispered the strength to continue on. Her music gave us a greater sense of determination to never give up or give in, and to keep the faith.

MLK’s daughter, Dr. Bernice King had this to say about the woman she called “a good and faithful servant.”

From the time she was a teenager, Ms. Franklin has been singing freedom songs in support of my father and others in the struggle for civil rights. As a daughter of the movement, she not only used her voice to entertain but to uplift and inspire generations through songs that have become anthems such as “Respect” and “Bridge over Troubled Water.”

Praise Pours In From Presidents

President Trump tweeted about this “great woman, with a wonderful gift from God.” He then opened a cabinet meeting praising her legacy. Noting Franklin had worked for him on numerous occasions, Trump said:

She’s brought joy to millions of lives and her extraordinary legacy will thrive and inspire many generations to come. She was a great gift from God — her voice, and she used it well.

The Queen of Soul, Aretha Franklin, is dead. She was a great woman, with a wonderful gift from God, her voice. She will be missed!

The Clintons issued a statement honoring their friend and “one of America’s greatest treasures.” Aretha performed at both of Bill Clinton’s inaugural celebrations.

She was elegant, graceful, and utterly uncompromising in her artistry. Aretha’s first music school was the church and her performances were powered by what she learned there.

America has no royalty. But we do have a chance to earn something more enduring. Born in Memphis and raised in Detroit, Aretha Franklin grew up performing gospel songs in her father’s congregation. For more than six decades since, every time she sang, we were all graced with a glimpse of the divine. Through her compositions and unmatched musicianship, Aretha helped define the American experience. In her voice, we could feel our history, all of it and in every shade — our power and our pain, our darkness and our light, our quest for redemption and our hard-won respect. She helped us feel more connected to each other, more hopeful, more human. And sometimes she helped us just forget about everything else and dance.

In a sense, we didn’t need the beautiful statement from President Obama. We’ve already got his witnessing Aretha perform “(You Make Me Feel Like) A Natural Woman” at the Kennedy Center Honors. The tears flowing from this nation’s first African-American president at that moment, with that artist, in that venue, say it all.

(Aretha comes in about a minute into the clip after an intro from actress Chilina Kennedy, who played songwriter Carole King in the musical Beautiful.)

Naturally, the music world has been quick to react to the passing of the Queen of Soul. USA Today has collected many heartfelt tweets. So many — from Justin Timberlake to Rod Stewart to Tony Bennett — expressed the thrill of sharing a stage with Aretha Franklin. Well, more accurately, it was Aretha’s stage. Whatever the stage, she owned it. She just granted you a few square feet of it for a couple moments.

The loss of Aretha Franklin is a blow for everybody who loves real music: Music from the heart, the soul and the Church. Her voice was unique, her piano playing underrated — she was one of my favourite pianists.

I was fortunate enough to spend time with her and witness her last performance – a benefit for @ejaf at St John The Divine Cathedral. She was obviously unwell, and I wasn’t sure she could perform. But Aretha did and she raised the roof.

She sang and played magnificently, and we all wept.

Let’s watch a bit of that final performance, and “Say a Little Prayer” ourselves. And join in the weeping.

We don’t end in sadness, because we know where this daughter of the Gospel is today. Instead, we celebrate with Aretha performing “Climbing Higher Mountains” from her classic gospel album “Amazing Grace.” Hear that irreplaceable voice soar as she sings, “I’m climbing higher mountains trying to get home.”

President and Stars Join in Epic Farewell to Queen of Soul