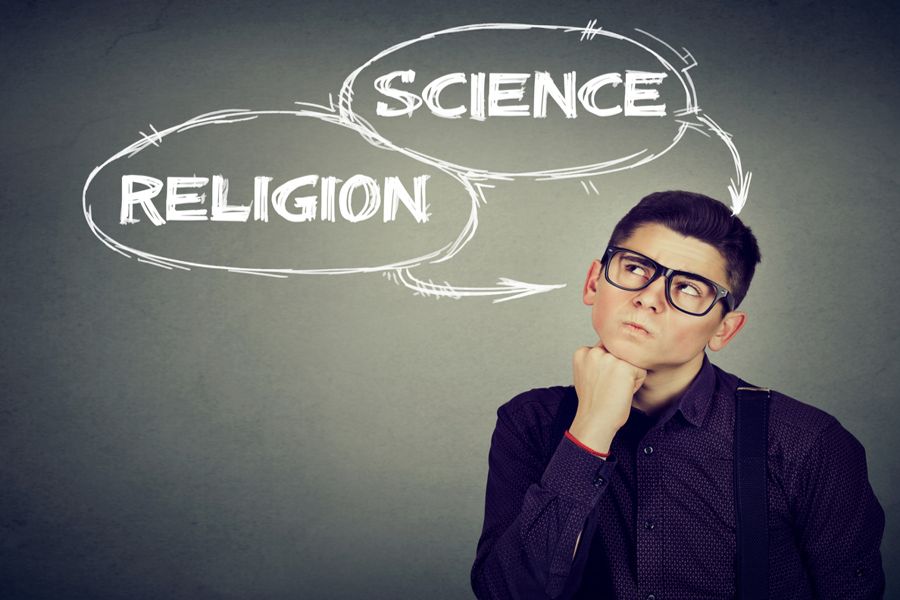 Here’s the myth. I’m sure you’ve heard it: “Miracles are unscientific. If there was a God out there messing with the laws of nature that way, it’d gum up science so bad it’d never work. We know science does work, and we also know it never sees miracles happening. So miracles can’t be real. End of story. Right?”

No, it’s wrong. As faith-science myths go, this one’s a doozy. So let’s hear from a couple doozy-doers. I’ll start with the famed mathematician/biologist J. B. S. Haldane.

My practice as a scientist is atheistic. That is to say, when I set up an experiment I assume that no god, angel or devil is going to interfere with its course; and this assumption has been justified by such success as I have achieved in my professional career. I should therefore be intellectually dishonest if I were not also atheistic in the affairs of the world.

He said that in 1934, but the noted cosmologist Lawrence Krauss quoted him more recently, in a 2009 Wall Street Journal op-ed. Krauss went on to say that Haldane was right to start from science’s success and “extrapolate” from there to “a more general atheism”:

Though the scientific process may be compatible with the vague idea of some relaxed deity who merely established the universe and let it proceed from there, it is in fact rationally incompatible with the detailed tenets of most of the world’s organized religions.

Dr. K. Doesn’t Have a Clue of His “Detailed Tenets”

I’ve never met Dr. Krauss, but I could imagine picking up a conversation with a fictional “Dr. K.,” and having it go like this.

ME: So, Dr. K., which religion’s “detailed tenets” should we have in mind here?

DR. K.: Most of them, like that other Dr. K. said, but especially Christianity. You guys have miracles going on all the time, or at least that’s what you call them.

ME: We have some, yes, but can you actually point me to that “detailed tenet” that says our God is going to muck up all your experiments?

DR. K.: What, you expect me to know all your theology? I just know that you believe in a God who won’t leave nature alone. And science shows us that nature doesn’t have that kind of God interfering in it.

And He Proves It By Getting Them All Wrong

ME: You do know, though, that the reason we call them miracles is because they don’t happen very often?

DR. K.: Oh, sure, that’s convenient for you! You wiggle out of it: “I haven’t seen any miracles myself, but that’s okay, they’re not supposed to happen so often.” Meanwhile you say you believe in a God who does them all the time.

ME: No, actually we believe in a God who wants a real relationship with us. That takes communication from God to us, and He does some of that through miracles. If they happened all the time, they wouldn’t communicate anything at all. We wouldn’t even notice them!

DR. K.: See, there you go with your excuses.

And what about the rest of the people there? What about the woman herself? Are they too much idiots to know she’s actually doing better? Is that how you view the world?

ME: We also believe God wants us to be morally responsible creatures. That requires a world that runs consistently almost all the time. If I give my 5-year-old Brussels sprouts for dinner, and one day it’s good for him but the next day God has “interfered” and made it poison, I can’t really be responsible for what happens to my boy, can I?

DR. K.: Excuses, excuses, all I hear are excuses.

DR. K.: See, there you go again, one excuse after another. Look, if miracles happen, why doesn’t science see them?

ME: Those aren’t excuses, Dr. K. They’re the “detailed tenets” of Christianity you and the other Dr. K were talking about. And they’re not convenient add-ons; they’re right at the heart of who we believe God to be. Face it: You think you know what Christianity teaches on miracles, but you don’t have any idea what you’re talking about.

DR. K.: Oh, so now you’re jumping from excuses to ducking the question! I just asked why science never sees miracles, and you evaded it completely!

How Would Science “See” a Miracle in Action?

ME: Excuse, me, but I think you’re the one who just did the ducking. You could stand to be a bit more patient with finding out you don’t know everything you think you know. But I don’t mind taking up the question you’ve asked. Let’s try it this way. Suppose a woman in her twenties has severe, disabling epilepsy. One evening, while members of her church are visiting and praying for her, she has an immediate, instant recovery, and it continues for years after that. Now, suppose also there’s a scientist there with them. Just what is that scientist supposed to do while he’s there?

DR. K.: Why, if he’s there as a scientist he’s probably got an EEG measuring her brain waves, showing the changes while they happen. And he’s checking to make sure it couldn’t have happened naturally. That’s what it would take. Only then would you have a scientific view on it!

ME: So … let me get this straight. If he’s there as a scientist, he just happens to have an EEG set up for her just in case God does or doesn’t do something. I’m going to suggest you think about that a second and see whether that answers part of your question about why scientists don’t catch more miracles in action.

ME: And what about the rest of the people there? What about the woman herself? Are they too much idiots to know she’s actually doing better? Is that how you view the world?

DR. K.: Why … well … what? Um, yes, I do think scientists know more. They can tell you whether it might have happened naturally that night.

ME: I can tell you that myself. This isn’t just some hypothetical story. I could put you directly in touch with her today, or even with myself, as I’ve seen a few, too. But I’m really intrigued to hear what you think a scientist would have done there? What test would they have run on the woman to show whether it happened naturally or not?

DR. K.: How should I know? Dammit, Tom, I’m a cosmologist, not a doctor! (Or whatever it was Bones used to say on Star Trek.) He’d have done … science! That’s what got your Bible all messed up in the first place. They didn’t know the science. They didn’t know that virgins can’t have babies, and that men can’t rise from the dead.

At Last He’s (Sort of) Right : Miracles Are Not a Scientific Belief!

DR. K.: No, I didn’t mean they were idiots, they were just living in the pre-scientific era, so they didn’t know that miracles can’t happen scientifically. They were unscientific people, and miracles are not a scientific belief!

ME: Ah, at last! You’ve said something I can agree with! Though not for the reasons you said it. You see, science is the study of what nature does, right? But if miracles happen, that’s not nature doing it, it’s God. That means that if miracles happen, they happen outside the domain where science has its competency. When you say science says miracles don’t happen, you’re speaking out of your discipline, and every other scientist’s discipline, too.

ME: But I’ve experienced miracles. Dr. Craig Keener has documented hundreds of probable miracles in a huge multi-volume work. He’s vetted them with extreme care to weed out bias, weak documentation, and sensationalism. There are still lots of them left after all that.

DR. K.: He’s a theologian, not a scientist, right? See?! I told you so. He’s biased! It takes a scientist to prove miracles don’t happen.

ME: He’s biased? Because “it takes a scientist to prove miracles don’t happen”? He’s biased? I think we can end this here, Dr. K., except for one last thing you need to know. There are many, many scientists who believe in miracles. I could name them by the dozens, but I’ll just mention one, chemist Dr. James Tour, named “Scientist of the Year” by Research Magazine in 2013, “Innovator of the Year” by two other publications, and with a list of honors that just keeps going and going and going …

DR. K. (muttering, voice fading away as he departs): And he believes in miracles? Then this Tour guy isn’t much of a scientist at all? Or he’s biased. Because science proves …

It proves nothing with regard to miracles. That’s the answer he should have landed on. The test of whether miracles can happen is much simpler than that. If they have happened, then they can happen! Intellectual responsibility tells us we can’t claim a miracle when we don’t have solid reason to call it one. But it also tells us we can’t claim science says they’re impossible.