Moby, the CIA and the Uncomfortable Questions 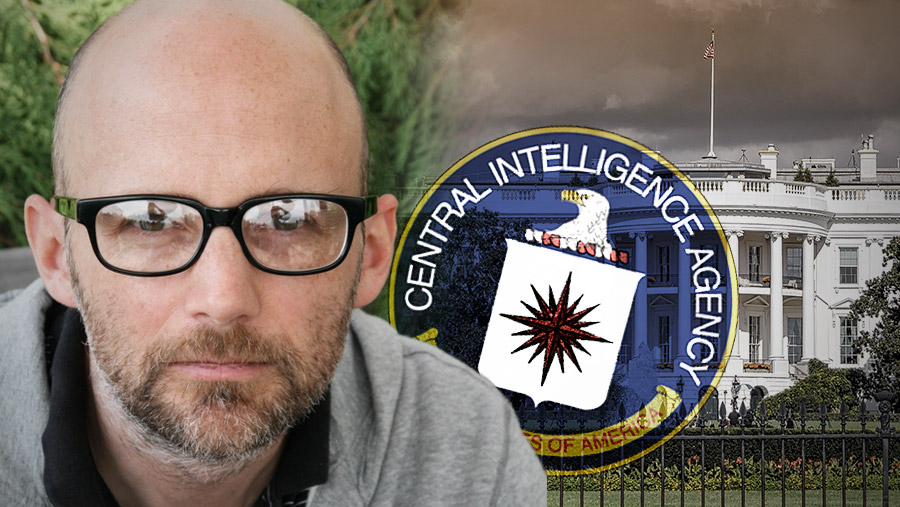 The musician Moby says CIA agents ask him to share the Trump-Russian collusion story on his social media. You’d think this would be a big deal.

The Fusion GPS dossier was published by BuzzFeed in January 2017. The release ignited a public firestorm and the media’s Trump-Russia obsession. A few weeks later, Moby took to Facebook. He said that after hanging out with friends who “work in D.C.” he could “accurately” assure fans that the Fusion GPS dossier was “100% real. [Trump]’s being blackmailed by the Russian government.”

He laid out some other items he learned from his “friends.”

Moby was asked about the cryptic post during an interview last week with WFPK.  He said “active and former CIA agents” told him they were “truly concerned” with Trump being a “Russian agent of Putin.” A “Manchurian Candidate.”

So they passed on some information to me and they said, like, ‘Look, you have more of a social media following than any of us do, can you please post some of these things just in a way that … sort of put it out there.’

He’s talking about the “Russian dossier on trump,” otherwise known as the Fusion GPS or Steele dossier.

after spending the weekend talking to friends who work in dc i can safely(well, 'accurately'…) post the following…

What is Moby Saying?

We should not be surprised Moby was glad to do the CIA’s bidding with the dossier. He’s been friends with Hillary Clinton for nearly 20 years. We shouldn’t even be surprised Moby accepted what he was told as gospel. If you tell him at breakfast Donald Trump was to blame for the Saint’s dramatic loss, he’d have a song out about it by lunchtime. He loathes the man (and Republicans in general.)

There’s a bigger problem at hand.

Assume Moby is telling the truth: Current and former CIA agents used him to spread the Fusion GPS dossier, telling him  it’s 100% true.

Forget they were pitching a document that even its author said was unverified. Members of the Central Intelligence Agency were conducting an operation targeting the President of the United States. And a friend of Hillary Clinton is confirming this.

This, you’d think, would be a bad thing.

What Moby is Saying Sounds Familiar

Moby’s story has a familiar ring.

I was urging my former colleagues and, frankly speaking, the people on the Hill, it was more actually aimed at telling the Hill people, get as much information as you can, get as much intelligence as you can, before President Obama leaves the administration.

She said she wasn’t alone.

So I became very worried because not enough was coming out into the open and I knew that there was more. We have very good intelligence on Russia. So then I had talked to some of my former colleagues and I knew that they were trying to also help get information to the Hill.

Later that day, she’d call the efforts by the Obama White House to spread the Russian narrative a “frantic desire.”

When conservative outlets realized the implication of what she was saying — that it seemed to confirm Obama officials had unmasked and leaked information on Trump and associates — Farkas backpedaled. She denied spreading any intelligence. “I had no intelligence whatsoever,” she told the Daily Caller, “I wasn’t in government anymore and didn’t have access to any.”

So who was telling her there was “good intelligence”? Who was “we”?

Farkas made her original comments a day after The New York Times reported:

In the Obama administration’s last days, some White House officials scrambled to spread information about Russian efforts to undermine the presidential election — and about possible contacts between associates of President-elect Donald J. Trump and Russians — across the government.

Tablet published a lengthy breakdown in December of how the unverified dossier had been used by, among others, then-CIA director John Brennan to gin up the Trump-Russia connection.

In fact, the Washington Times suggests it’s Brennan who got the whole Russia nonsense rolling to begin with. The same Brennan who lied to Congress about CIA hacking of Senate Intelligence Committee staff computers. The same “political hack” who has spent the past year trashing Trump at every turn.

I have some questions:

And finally: At what point does Moby come to realize he was duped? Duped with a dossier paid for by his friend Hillary.