They’d Planned His Funeral. Then He Woke Up From a COVID Coma

He was given a 1% chance of ever waking up. Following prayers, David Williams came out of a coma. Then he faced a six-month recovery from COVID-19. 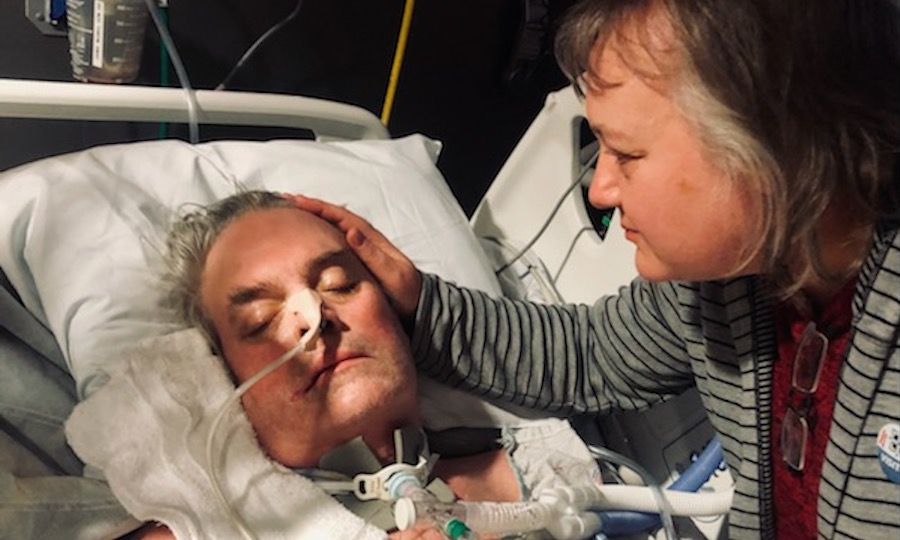 For Staci Williams, it was the worst phone call of her life.

Five weeks before, her husband, David, had been admitted with COVID-19 to the ICU ward at St. Luke’s Hospital in Kansas City, Missouri. His lack of oxygen put him into a coma.

“David has a less than 1% chance of ever waking up,” the doctor told Staci. “And if he does ever wake up, he’ll never be able to come home.”

Doctors have since called it “miraculous.” The family credits divine healing.

“When I was totally helpless, God touched me and made a way for me to wake up,” said David in a phone interview. Hundreds worldwide had been praying for him, rallied by friends at Connection Point Church in Raytown, Missouri, where the Williams are members. Groups at their church made praying for his recovery a priority.

“I can’t explain it with science,” said family friend Dr. Scott Kujath, a vascular surgeon familiar with effects of COVID-19. He believes all the prayer for him “made the difference.”

After his doctor’s negative report, Staci called the elders. She also consulted with several medical professionals, including two known for their Christian faith. They heard the results, concurred that his chances didn’t look good — and also prayed.

Staci’s own intercession turned desperate. “God, I just need to know,” she prayed. “I want a peace if David is not coming back.” She spoke to her husband of 33 years, non-responsive in his hospital bed. “David, I don’t know if you can hear me. But if you’re in there, I need you to let me know somehow.”

Hard conversations could not be put off. She discussed it with their children, including one daughter married and pregnant with their first grandchild. They jointly decided to take David off the ventilator. The medical team indicated he’d die soon after. But they held off doing that until the day after Thanksgiving. 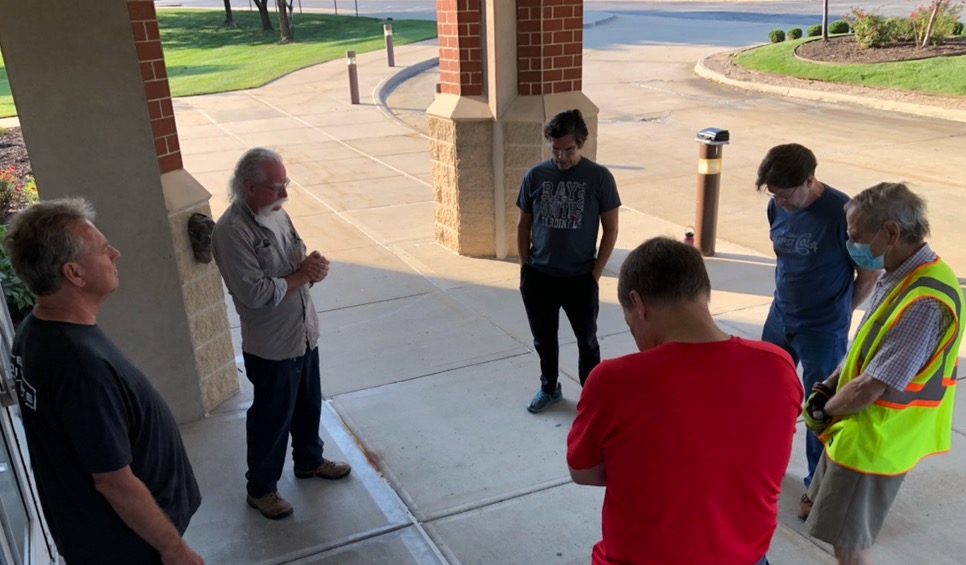 On that Friday morning, November 27, David suddenly opened his eyes and began to look straight at his wife. “Weeks before, it had been a glassy blank stare,” she said. “This time, the look in his eyes said, I see you.” She turned to her daughter and said, “Go get the doctor!”

A medical team of three soon grew to more than a dozen people in scrubs, watching as David’s eyes tracked his wife walking across the room. A lead neurologist gave orders to doctors and nurses present. David soon began a regimen of steroids and receiving convalescent plasma every night, an emerging treatment at the time.

Their pastor had scheduled David’s funeral, including assigning pallbearers. But he held off writing the memorial sermon. “I didn’t have peace from God about it,” he told her. “Our prayers have been for healing.”

Waking up was just the beginning. Williams, who spoke through labored breathing in our interview, said that he had lost all muscle mass in his body and couldn’t move.

“I asked my wife, ‘Was I in a car accident?’ She told me, no, that I had COVID. I felt trapped inside my body because I couldn’t control anything.”

He became known as “the miracle patient” for beating severe COVID. Visiting doctors would come to David’s room almost daily to learn from his case. “My attending nurses would cry and say, ‘We saw God move here.’ I would say: That’s exactly right. It was God.”

Doctors have called Williams an example of “Long COVID,” someone with prolonged symptoms from COVID-19. It’s currently unknown how large this cohort of people is. 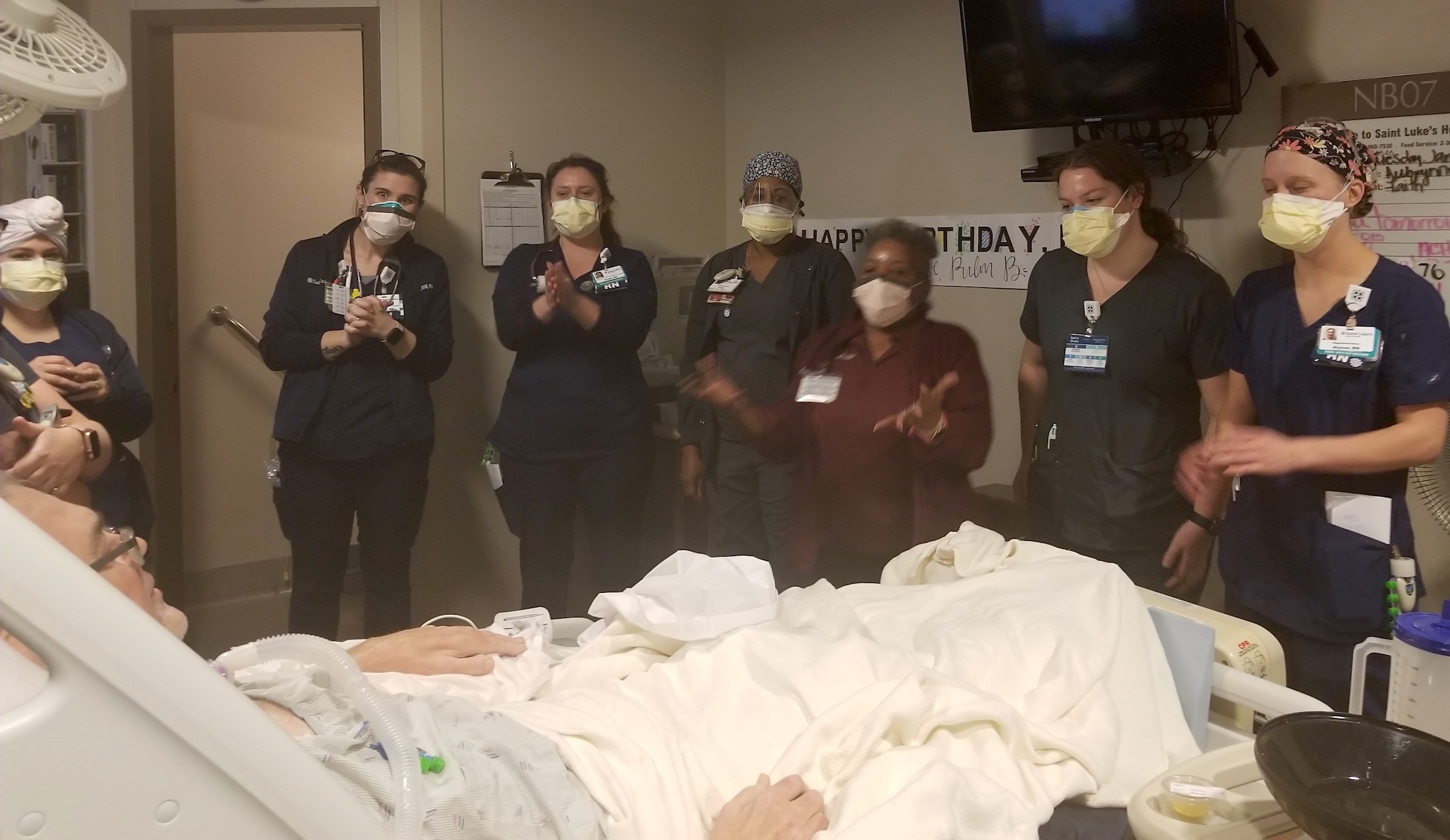 Over weeks, David relearned how to breathe and speak. When he began to join Staci in prayer, she says their room became an oasis in the busy hospital. “Nurses would come in and say, ‘I want to do my charting in here because it’s so peaceful,’” said Staci.

Weeks later, David returned home — with both victories and challenges every day. For instance, he has taken a few steps but he is not walking normally yet.

“Every time there’s a fork in the road, God has allowed David to go the right direction for healing,” Staci told The Stream. “But it’s been a very long road with many struggles. He lost his business, because he was self-employed.”

Lessons from the Battle

David came back after battling a virus that has claimed millions worldwide. He couldn’t move or even communicate. He faced debilitating anxiety. For those who ask how he coped, he has a reply at the ready. 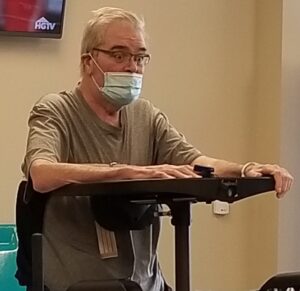 After weeks of therapy, David Williams was able to stand on April 16, 2021.

“God chose to use me and tell his story through my sickness and my life,” he said.

He referred to 2nd Corinthians chapter four, a passage which speaks of being “struck down but not destroyed.” He quoted verse 10: “(We are) always carrying in the body the death of Jesus, so that the life of Jesus may also be manifested in our bodies.”

“We always have opportunity to tell people about Jesus,” he said. “But this was an opportunity for me to show people. Through difficult times, they see how God meets our needs.”

David hopes to address other churches about his unique experience with severe COVID.

“Troubles are opportunities to live your faith out loud where people can see it,” he said. “They may not ever pick up a Bible, but they can see you and they’ll notice how you respond in the midst of troubles and difficulty.”

In March, the Williams’ friend Dr. Kujath started a GoFundMe crowdfunding campaign for the family. “David’s recovery is miraculous, but they still have physical needs,” he wrote. “Although there is government help with some medical expenses, it will not pay all his bills, and won’t pay their rent and utilities.”