Miss D.C. said health care is a "privilege" and prefers the term "equalism" to "feminism." 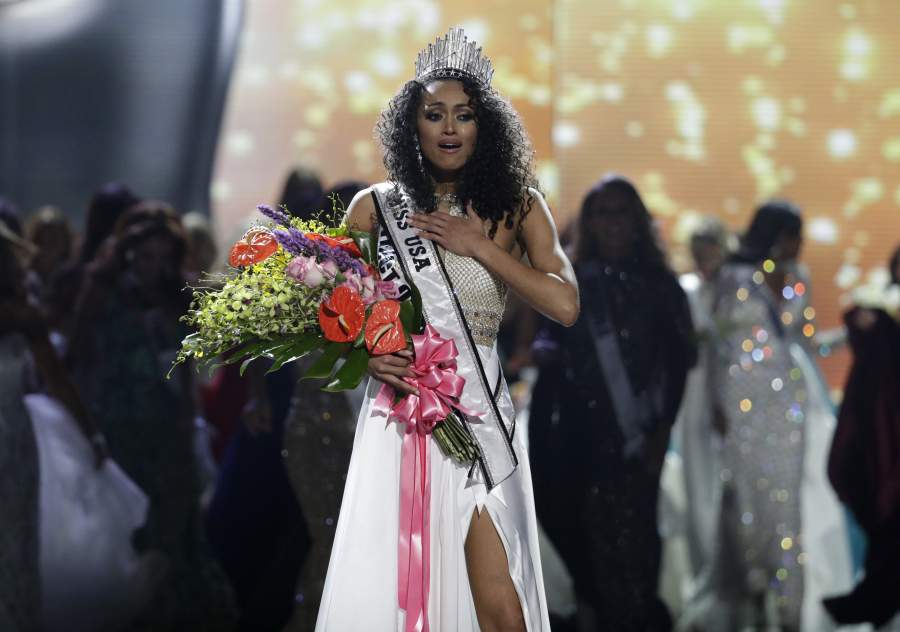 Miss District of Columbia USA Kara McCullough reacts after she was crowned the new Miss USA during the Miss USA contest Sunday, May 14, 2017, in Las Vegas.

Kára McCullough was crowned Miss USA Sunday night. But before being pronounced winner, Miss District of Columbia sparked a social media controversy with two of her answers during the Q&A round.

“Do you think affordable health care for all U.S. citizens is a right or a privilege and why?”

As a government employee, I am granted health care. And I see firsthand that for one, to have health care you need to have jobs, so therefore we need to continue to cultivate this environment that we’re given the opportunities to have health care as well as jobs for all the American citizens worldwide.

McCullough’s response drew cheers from the audience, but criticism on Twitter.

Wait a minute….Healthcare is a right! Let me re-shuffle my votes #MissUSA

McCullough said she preferred to “transpose the word feminism to equalism.” She added that she believes men and women are equal “when it comes to opportunity in the workplace.”

McCullough said she has witnessed the “impact” of leadership from women in offices and in medical science.

“As Miss USA, I would hope to promote that kind of leadership responsibility globally to so many women worldwide.”

NO DC, NO. You have failed in my book for these last two questions. Disappointing. Clearing doesn't know what feminism is. #MissUSA

Miss DC, feminism does not equal "I hate men." #MissUSA

Yeah, I really don't like District of Columbia now. FEMINISM does not mean you hate men. Girl, stop talking #MissUSA

Other Twitter users praised McCullough for her responses to both questions.

CHILL FOLKS…Freaking out about Miss DC's answer on healthcare? She's just saying that you need to pay for it it's not free #MissUSA

Love a girl who isn't afraid to speak her opinion. Even if it isn't the "popular" answer. #MissUSA #districtofcolumbia

The Post reported that McCullough helps teach children in her community about science.

“My plan is to inspire and encourage so many children and women in the science, technology, engineering and mathematics fields,” she said. The Post also noted that producers called her “one of the most intelligent contestants in recent memory.”

Watch McCullough’s full responses to the health care and feminism questions below.

"I'm definitely going to say it's a privilege." Listen to your new #MissUSA talk about healthcare in the USA. pic.twitter.com/CzPBeaTYHO

Venus Williams Shuts Down Feminists. Says Women Have More Opportunities Than Ever Before