Miracles and Magic: What’s the Difference? 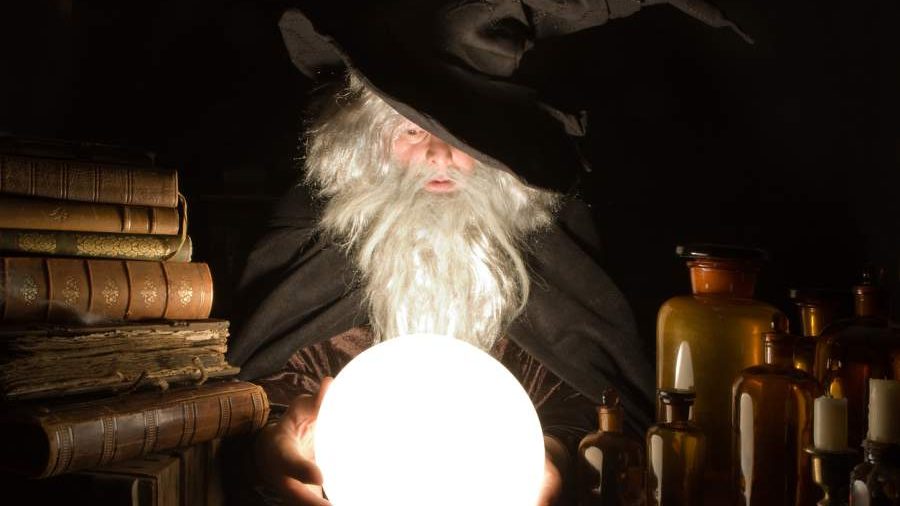 Have you ever seen the similarities between the stories of Jack and the Beanstalk and David and Goliath? In both stories the hero is the little guy. The underdog. In both stories they are confronted with a big, ugly giant. Both David and Jack are likely to become wealthy heroes if they defeat the giant. Jack will get the goose who lays golden eggs. David will get to marry the princess and be best friends with the prince. Both David and Jack outsmart the giant and bring him down.

Both stories carry lessons for life: Don’t underestimate the little guy. Don’t work harder, work smarter. There are big ugly giants in the world who are greedy and cruel, and it is our job to fight them. The little weapons are often the most effective, and go with God to defeat the giants of sin in your life.

In every society down through history the story tellers were also the preachers. The stories they told were legends, myths and fairy tales. Very often the stories had magical elements. A fairy godmother, a witch or a wizard would appear to help or hinder the hero.

But there’s a problem. Are the stories true?

Because there are miracles in the Bible stories, many modern people treat them as fairy tales. Because they hear both when they are children it is easy to put them in the same category.

So are the Bible stories just another form of fairy tale? No. They are historical, but they are a special type of historical story.

When we read a news story or a history book we assume we are connecting with events that really happened. We say these stories are “true” because we can verify them. However, a story can also be true on a different level. Like the David and Jack stories, life truths are contained within the tale.

I like to use the term “faith stories” for the stories that are true on both levels. As believers we tell faith stories all the time. The lives of the saints are full of faith stories, and in our own ordinary experiences we recount stories that really happened, but which also reveal God’s action in our lives and teach us life lessons.

Magic is an essential part of fairy tales. A frog turns into a prince, animals talk, fairy godmothers turn pumpkins into coaches and mice into footmen and wizards perform amazing feats to help the hero. The important thing to remember about magic is that it is always un-natural. In other words, it doesn’t go with nature — it goes against it. Pumpkins and coaches have nothing in common. Frogs and princes are not connected. Animals can’t really talk and wolves do not dress up as grandmothers.

Liberals have done their best to dismiss all the miracles as fairy tale magic. They want to reduce Jesus to a good teacher, a kind master or a martyr.

Wave Walking and Stilling the Storm

There is one category of miracles that would seem to be more magical than others. What do we learn from Jesus calming the storm and walking on the water? Don’t these stories seem more like magic than miracles?

Jesus’ disciples would have known their Old Testament forwards and backwards, so when Jesus walks on the water they would have remembered the passage from the book of Job, “He alone stretches out the heavens, and treads on the waves of the sea.” (Job 9:8) and the verse from Isaiah, “Thus says the LORD — He who makes a way in the sea, and a path through surging waters.” (Isa. 43:16)

When He calmed the storm He revealed to them that He was the Lord of Creation. They would not only have remembered the Spirit that hovered over the waters in the creation story from Genesis, but they would also have been reminded of Psalm 107:29, “Then they cried out to the LORD in their trouble, and He brought them out of their distress. He calmed the storm to a whisper, and the waves of the sea were hushed.”

These stories that seem more like magic than miracles have a deeper reason and purpose. They are a sign that reveals Jesus Christ as the Lord of Creation and the incarnate Son of God.

Liberals have done their best to dismiss all the miracles as fairy tale magic. They want to reduce Jesus to a good teacher, a kind master or a martyr. The miracles of the gospels, however, cannot be dismissed in such an easy fashion. The gospel writers present them as real events — signs that revealed the true identity of Jesus as the Son of God. To get rid of the miracles because they seem difficult to believe is too easy.

Instead we need to distinguish between miracles and magic and realize Jesus is not just a magician. Instead His miracles are the sign of God’s presence among us. They reveal Jesus to be the King of Creation. He intervenes in the natural order to signal the truth that He is Emmanuel, which means “God is With Us.”