Miracle on Ice: 40 Years On

"Do you believe in miracles? Yes!" And more than that, America rediscovered its belief in itself.

“Miracles are a retelling in small letters of the very same story which is written across the whole world in letters too large for some of of us to understand,” said C.S. Lewis. And on a frigid night 40 years ago this weekend, the small letters were “U.S.A.” across the chest of a group of college kids.

For on that night, February 22, 1980, in a small town in New York state, those kids in red, white and blue defeated the most powerful hockey team in history, in the greatest sports upset in history, at a crucial time in American history. When America needed a victory.

The Miracle on Ice

The Miracle on Ice. The United States at the height of the Cold War, and in the depths of a national funk, defeated the mighty Soviet Union 4-3 in the 1980 Winter Olympics. Sports Illustrated would vote the miraculous victory the “top sports moment of the 20th century.”

The chances of a bunch of college kids beating the Soviet Union’s hockey team in 1980? About the same as the odds of Jabba the Hutt winning women’s figure skating, an armless man winning the curling competition, or Mike Bloomberg dunking on Lebron James. The only chance anybody was giving the USA was a fat chance.

And no wonder. The USSR hockey team had not lost a single Olympic game since 1968. They’d been 27-1-1 since 1960. They’d won four straight Olympics. They toyed with the world’s other top teams like cats with a baby mouse.  In fact, just before the start of the Olympics, they had humiliated Team USA 10-3 in an exhibition with the ease of ladies having afternoon tea. It wasn’t an exhibition. It was a dissection.

The Soviets were a fierce, efficient squad that could melt ice with their eyes. Military men. Huge. Seasoned. They had scars older than the kids on the U.S. team. And kids they were. Back then, only amateurs were allowed to compete.  So Coach Herb Brooks had to select from the best amateurs. That meant mostly college players. (The Soviets brazenly flaunted the “amateur” rule by giving their best players faux jobs or military rank.)

However, Coach Brooks had a plan. He was obsessed with beating the Soviets. Of doing the impossible. And he developed a strategy he thought he would give a team a chance, however slight. But it would take a special team.

Kids who had the same grit that took their fathers and uncles up the cliffs of Normandy. Kids whose colonial forefathers had looked at the invincible British Army and said, “We can take them.”

The Hard Ice, the Cold War

For these kids, too, were soldiers in a war. A Cold War. A war that in the winter of 1980, the Soviets seemed to be winning. The Soviet Union had been expanding its reach while Jimmy Carter’s America was on the wane.

America was in a decade long funk following Vietnam, Watergate, the murders of MLK and RFK and the malaise of the Carter economy. The humiliation of the ongoing Iranian hostage crisis. And now communism’s deadly arms were wrapping themselves around Central America. Defeat the Soviet Empire? We couldn’t even contain the Soviet Empire. Only months before the Lake Placid Olympics, the Soviet Union had invaded Afghanistan.

President Carters response to the invasion was to announce the United States would boycott the 1980 Summer Olympics in Moscow. The Soviet Union, in a PR coup, declared that despite America’s boycott, they still would come to Lake Placid. And bring their undefeated, unparalleled hockey team with them.

So when the Winter Olympics began in upstate New York, the U.S. hadn’t had much to cheer for in years. Emotionally as a nation, it was the dead of night. Morning seemed like a distant dream.

As expected, the Soviets roared through the group play round. The Americans? Hopefully they’d put on a decent showing for the hometown fans before the serious teams dispatched them. Maybe a few players would play well enough to make for decent NHL prospects. Or at least that was the thinking.

Except, history had other plans. Team USA opened group play with a 2-2 tie against a tough Swedish team, scoring with 27 seconds left in the game. Then the first stunner. Team USA thrashed silver-medal favorites Czechoslovakia 7-3. What was going on here?

A little excitement began to build. The ragtag team of hustling youngsters was taking care of business. Down went Norway. Down went Romania. Down went West Germany. Up came the chants of “U.S.A! U.S.A!”

For the first time, in several years, we were cheering for our country.

But the Big Red Menace was waiting in the medal round.

The United States and the Soviet Union, the two super powers with missiles pointed at each other, with tensions at a height over the Afghanistan invasion, were facing-off. And the world would be watching.

(Well, the United States wasn’t watching live. ABC decided to not broadcast the game live, opting to show a taped replay in prime time. This was long before the internet made trying to keep the results secret an impossibility.)

Excitement had been building, and by game time, America was at a fever pitch. The fever would turn to delirium.

8,500 people packed the Field House, waving American flags, singing “God Bless America” and other patriotic songs. In the locker room, Coach Brooks told his young charges, “You were born to be a player. You were meant to be here. This moment is yours.”

The Soviets thought they were facing the team they had drubbed 10-3 only weeks before. They could already feel their fifth consecutive gold medal already around their necks. They were about to feel the full force of the American Spirit.

The Soviets drew first blood about 10 minutes into the first period. Team USA would tie five minutes later. The Soviets scored again. It looked like they would head into intermission with a 2-1 lead. But with just one second on the clock, Mark Johnson scored. Team USA had played the mighty Soviets even through one period.

In a move Soviet coach Viktor Tikhonov would later call “the biggest mistake of my career,” he pulled goalie Vladislav Tretiak for backup Vladimir Myshkin. Tretiak was only the best goaltender in the world. Still, it didn’t seem like such a mistake at the time. Myshkin held Team USA scoreless in the second period, while the Soviets scored again.

“Do You Believe in Miracles?”

Team USA wasn’t having much luck early in the third period either. Then at 8:39, Mark Johnson scored, tying the game 3-3. Then, less than two minutes later, the shock heard around the world. Team Captain Mike Eruzione fired a shot past Myshkin.

And scores! What are you kidding?! The USA has the lead?!  Exactly 10 minutes were left on the clock. Ten long, excruciating, nerve-shattering, nail-biting, heart-attack inducing, throat-rawing, floor-pacing, frenzy-inducing minutes.

Every tick of the clock an eternity. Each bounce of the puck heart-stopping. You want to know how long a nation can hold it’s breath? It’s ten minutes.

The Soviets were desperate. They weren’t about to lose to the Americans. Especially not to these young boys who barely could grow a whisker between them. The Soviet’s attacked. Relentless.

The final 60 seconds still brings chills, those kids holding onto their one-goal lead for dear life against the Soviet’s furious, frantic desperate onslaught. Relive now what I cannot possibly describe.

As the final seconds ticked down, ABC’s Al Michael makes the most iconic call in all of sports, “Do you believe in miracles? Yes!”

The United States had defeated the Soviet Union 4-3. The Miracle on Ice.

Team USA did not win the gold that night. (It just felt like it.) They still had to defeat Finland, which they did 4-1. The Gold Medal was theirs. As those young men huddled together on the medals podium, we cheered and cried. Team USA had not only captured America’s heart, they’d gotten it beating again.

America, in that moment, not only believed in Miracles. But for the first time in a long time, America believed in itself. 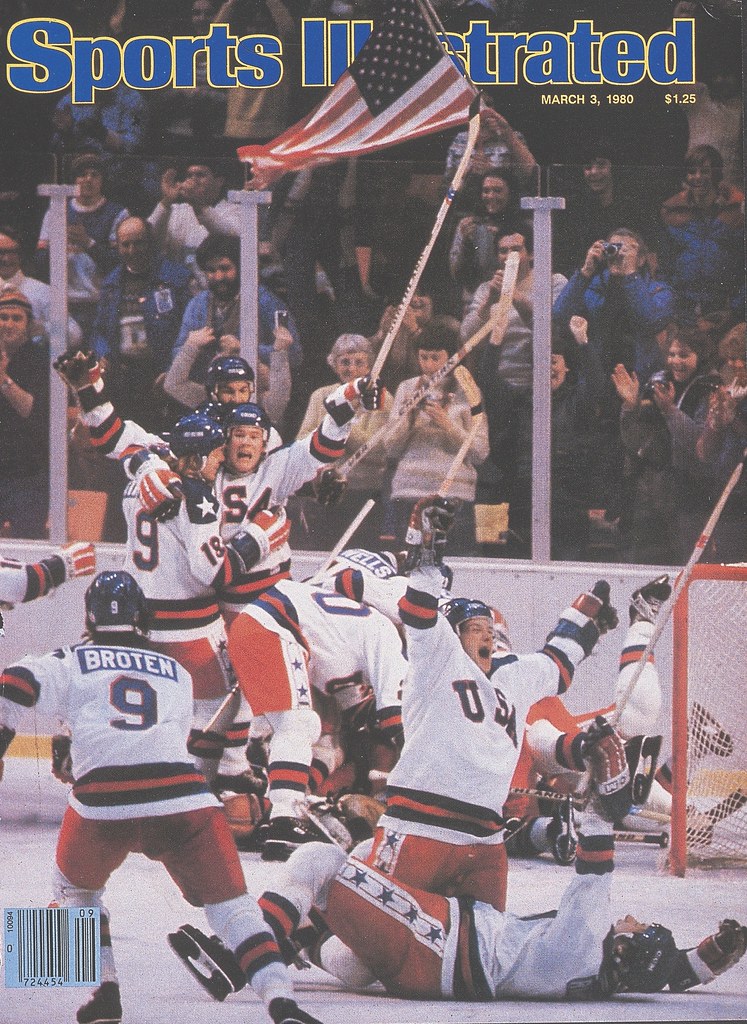