Ministering in Mongolia: How One Woman is Following God’s Call to Provide Rest and Training to Christian Leaders 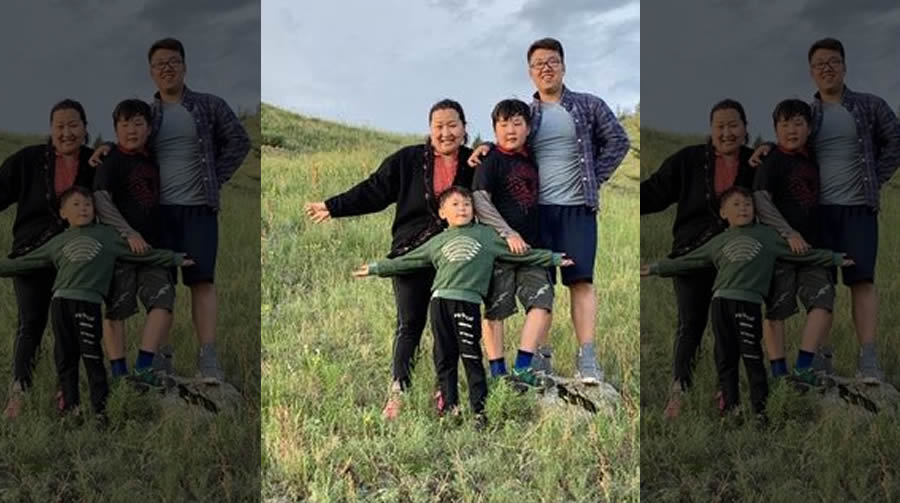 Yanjmaa Jutmaan and 3 of her 4 sons just outside of Ulaanbaatar last month.

Yanjmaa, a Mongolian, told The Stream that her country is spiritually dark. “I used to go through the government’s house every day in the main square and pray a lot. I pray because it’s so dark and Mongolia needs Jesus. And we need Christian leaders.”

Refreshed in the Faith

Yanjmaa has credibility in Mongolia. In 2012, she received a PhD in Mathematics from North Carolina State University in Raleigh. She was then appointed chancellor of a university in Khovd (western Mongolia) at the age of 35. She was the youngest woman in the country to attain such a position. She stayed there three years, then moved back to Ulaanbaatar, where she has been a counselor to people in Mongolia for over a decade. She’s also a public speaker.

Now she’s working toward providing a place where Christian leaders can be refreshed in their faith. “My goal is more like a soul-cleansing and spirit-relaxing place so they can be energized by something different,” she said.

She and her husband, Khudree, have purchased property about 30 miles outside of Ulaanbaatar with a sweeping view of the mountains in Gorkhi Terelj National Park. That’s where they hope to build the center, although Yanjmaa knows it will cost close to $1 million. But just as in any other area of her life, Yanjmaa trusts God to provide. She and her family recently came to the U.S. for a two-year stint to publish research on her doctorate. She doesn’t have a lot of money and said she has to depend on God every day. But she knows she’s supposed to be here. Although she admits she can’t see the big picture, she said God may have led her to the U.S. to connect with leaders here. “I just trust. You know God said to Abraham, ‘Go,’ and he went, right? He didn’t know where he was going. I feel sometimes like saying that. Well, He says ‘Go,’ and I am going.”

Yanjmaa’s story begins years ago. She came to know Christ in 1999. She was filled with the Holy Spirit in 2007, she says. She sometimes avoids using her gifts because people treat her like a shaman. “People come to me ask the future and so on. I try not to. Because my job is not directing to me, it’s directing to God.” Still, she prays for people and receives knowledge. “I listen to God’s voice,” she explained.

Bettie Mitchell spoke at Yanjmaa’s church in Korea, where Yanjmaa was earning a master’s degree. Bettie was the founder of the Beaverton, Oregon-based Good Samaritan Ministries (GSM), which establishes Christian counseling ministries in poor countries. One morning at 3 a.m. Yanjmaa heard a voice say, ‘Yanjmaa, wake up and call Bettie.’ She thought she was dreaming. The next morning she felt the blanket moving. “I heard, ‘Yanjmaa, wake up and call Bettie.'” It was again 3 a.m. The time was 3 p.m. in Oregon where Bettie was. She made the call. Bettie asked her to come to receive international counseling training, which Yanjmaa did in early 2007.

During the counseling training, Yanjmaa wondered why she was there. “Because in my language, there’s no [word] for counseling.” She thought that only psychiatric patients needed counseling. As she was exposed to counseling, she realized how broken she was. She never knew she had a need for healing. After a month, Yanjmaa started crying. “I couldn’t even stop myself. I was finding that it was due to how guilty I am, just like others. How sinful I am against God.” So she started sharing. Once she started sharing, the healing began.

Yanjmaa received two months of morning-to-night intensive counseling training. Shortly thereafter, she began counseling in Mongolia. She initially counseled through a prison ministry and an orphanage. Through prayer, in 2018 Yanjmaa made the decision to counsel Christians leaders.

Christian leaders, while helping others, can experience a loss of their first love, said Yanjmaa. “And once you forget the first love, you are lost basically. Most of the time that’s the case. They want to serve others, they want to serve God, but then they forget the relationship, the love. … They’re in the fields, in the battle fields all the time. They’re carrying the wounded and some of them don’t know they’re in a spiritual war.

“Sometimes I just pray and counsel, at the same time, together. But … I know that Jesus is the only counselor. So instead of directing them to me, I try to direct them to the feet of Jesus.” Each case is different. “I can distinguish it clearly now, thanks to the Holy Spirit.”

Yanjmaa has never charged clients for counseling, although Julia advised her to do so. “My counseling is free. I’m never paid. Julia was like, ‘Why don’t you ask for payment?’ I was like, ‘How?’ I said, ‘I received the gift free, how can I charge?'”

Julia met Yanjmaa in February when Yanjmaa came to the U.S. to attend a meeting connected to her work with the Mongolian government. Yanjmaa made a side trip to Portland, Oregon, to meet Julia, who drove down from her home in Seattle. When Julia heard about Yanjmaa’s vision and heard her speak at a conference, she decided to write a biography for Yanjmaa to help raise funds for the retreat. “It’s mainly something to sell as she speaks,” explained Julia. After Yanjmaa went home, Julia traveled to Mongolia for three weeks in July to interview Yanjmaa for the book. “I felt like God was saying, ‘Look, I really need your help on this.’” Julia’s vision is to help the “second generation” of Christians in the country establish institutions. Yanjmaa especially wishes to help women who’ve lived through sexual abuse, as Mongolia has some of the worst rates in Asia.

Mongolia hasn’t always been atheist. In fact, Julia said that Mongolia has a Christian past. “Christianity is not alien to Mongolia. It’s actually been part of the fabric there for over a thousand years, but it’s been kind of hidden. Yanjmaa’s not doing this in a vacuum.” Still, Yanjmaa says that only one to two percent of Mongolians are Christian. Christianity grew fast in Mongolia at one point in the 1990s, but now it’s stagnating. “We were so alive and on fire. Now it’s almost like — not hot, not cold Christianity. Warm. They call themselves Christian but they don’t act on it, you know? They read, maybe, their Bible but they don’t act on it, so, which means, we need also refreshment … especially in the church.”

Since Yanjmaa has moved to the U.S., Julia wants to finish the book quickly so Yanjmaa can sell it at speaking events in the country to bring in more money for the retreat. “I’d better get this moving because she’s going to be living here. And this is where the money is.”

During one recent moment of doubt about why her family is in the U.S. now, one of Yanjmaa’s four sons told her “Never question God. He sees the bigger pictures better.”

Yanjmaa would like people to pray for her. She’s asked for prayer for insight, God’s wisdom and strength as she starts a new chapter of her life. “God will never leave me, that’s true, but I sometimes leave, you know? I go on a different path sometimes. I don’t want to lose my path. Don’t want to lose sight of Him.”

A Personal Appeal to My Christian Ministry Colleagues: Please Guard Your Health!

What We Can Learn From Todd Bentley: Why Do Christian Leaders Fall?