Joy Break: College Student Receives Answer to Message in a Bottle He Dropped in the Ocean — 9 Years Ago 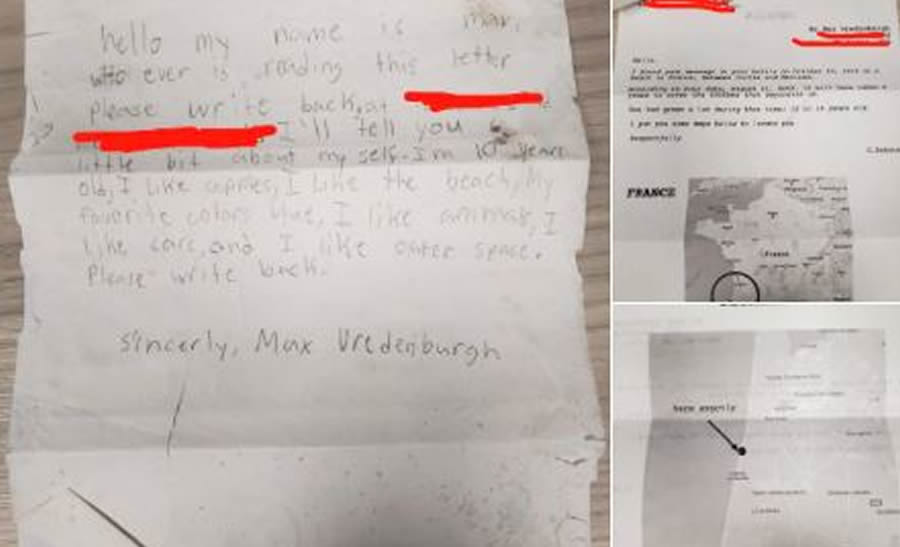 Message in a Bottle

Max Vredenburgh was 10 years old in 2010 when he threw a bottle into the ocean. The bottle contained a letter he wrote to someone who’d find it. Nine years later, Vredenburgh received a response.

Vredenburgh recently posted a picture of his letter and the response letter on Twitter. “On August 21, 2010 I threw a message in a bottle into the ocean from a beach in Rockport, MA. On October 10, 2019 that letter was found on the beach in France. I am mind blown. 9 years.”

On August 21, 2010 I threw a message in a bottle into the ocean from a beach in Rockport, MA. On October 10, 2019 that letter was found on the beach in France. I am mind blown. 9 years. pic.twitter.com/Af2tEwoQtq

Vredenburgh told ABC News that he never thought he’d hear back. “I didn’t even think it would make it there and if it did make it there, I didn’t think that somebody would actually write a letter back.”

The response was from a “G. Dubois” who told Vredenburgh’s family that he’d found it on a beach 3,400 miles away in southern France.

Woman Texted Her Father’s Number for 4 Years After His Death. Then She Gets a Response