As a boy, I laughed at my grandfather’s jokes — where punchlines were always at the expense of minority people. Yet Rev. Martin Luther King Jr. inspired me to stand up for human equality. 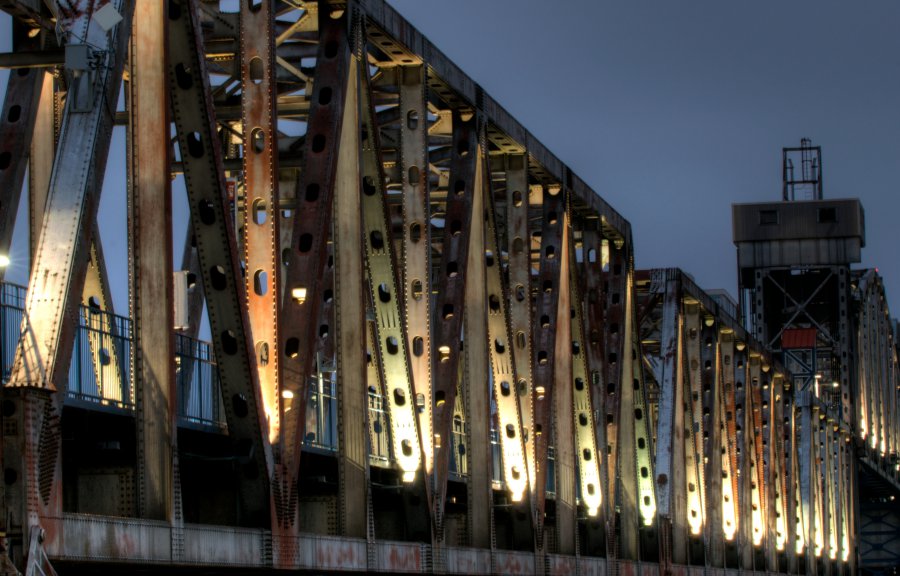 I was born just outside Columbus, Ohio. In the days of my parents and grandparents, the Rust Belt city of Obetz was driven by coal mining … and attitudes of prejudice just below the surface.

As I grew up, my Grandpa Luther — named after Martin Luther — was my hero. He was a professional baseball player in the 1920s. An engaging storyteller, he used to recount to his grandkids how he played with Ty Cobb and other stars of the era. I never knew if Grandpa was making some of them up, but they were always great stories.

Baseball was not integrated in any way in those days. Whites and blacks did not mix at all. Grandpa played prison teams, but he didn’t play with people of color. The discrimination that existed at that time is reflected in the film 42, which recounts how legendary African American pro ballplayer Jackie Robinson courageously faced down racial segregation in the late 1940s.

Such prejudice was also reflected in the jokes my grandpa would tell, usually at the expense of people of another race. As a child, I thought he was funny. I had no early conviction or recognition of racism. We just thought, It’s Grandpa and it’s okay.

Only decades later would our family come full circle and recognize the diminishment of people, usually African Americans, being propagated by those jokes and attitudes.

Seeing What I So Often Missed

Through a series of events that began when I started pastoring in 1976 in the Dallas area, God opened my eyes and broke my heart over racial prejudice in the United States — and in my own life. He gave me a newfound empathy for those impacted by injustice, and a new love and acceptance for people of other races.

We have to get honest about how racism assaults the image of God in another person. A relevant Scripture verse in this journey has been Jeremiah 6:14, which says in The Living Bible translation: “You can’t heal a wound by saying it’s not there!” Only in recent years have I begun to break free from the generational sin in my family line.

We have to get honest about how racism assaults the image of God in another person.

Without dishonoring my grandfather, recounting a particular incident from a few years ago reveals several truths. I had often heard racial epithets from Grandpa — not publicly, but in family settings. In his heart, I do not believe he hated black people. He just never connected how his hateful language felt to those on the receiving end. It’s a strange phenomenon.

Gradually, as I grew in understanding of racial bias, inequality, and injustice, the Holy Spirit convicted me about this double standard and I repented. But I had to take it a step further. I had to confront the reality of my own heart — then confront it in my family, starting with Grandpa.

Refusing to Excuse the Inexcusable

I went to visit him at a nursing home in Arizona. He had had a stroke and was not doing well. At the nursing home, a young black man was serving as his orderly. The man came in to help with his bedpan. Grandpa looked at me and made a comment to this man’s face. He said, “Mike, since I’ve had this stroke, I don’t have my right arm — but I still have that left hook. I’m going to take this n***** out when he comes closer to me.”

The black man tried to brush it off, saying, “Oh, Mr. Hayes, you don’t mean that!”

My grandpa replied, “Yeah, I do mean it too.” When he left the room, I decided it was time to challenge this appalling affront to this man’s humanity. Grandpa had been my hero, so my heart was racing — but I had to confront him.

“Grandpa, I’ve got to tell you, I’ve laughed at your jokes in the past and looked up to you all my life,” I began. “But what you just did was absolutely not acceptable and it’s not good. I cannot abide allowing you to get by with that and say nothing.”

He said, “Well, I’ve just always been that way, Mike.”

But I wouldn’t excuse it this time. I told him, “No, not always. Surely there was a time this bias started. Grandpa, you’ve been saved and have loved Jesus for over 50 years. Why hasn’t that changed you?”

He said, “Son, you just don’t understand things I went through.”

When A Child Learned to Hate

Grandpa went on to tell me a story I had never heard and I don’t think anyone in the family even knew. It teaches me that no one is born hating people of other colors and races. We learn that behavior, and none of us knew where Grandpa had learned it. He told it something like this:

Mike, when I was about five years old, my dad was leaving the house one night to go join some friends. I cried after him and said, “I want to go.”

You know we lived in Obetz, near Columbus. It was one of those small towns that had a sign as you walk down Main Street: ‘No Coloreds Allowed After Sundown.’

As a five year-old, I didn’t know where he was going. He went out the door and almost made it to the front yard fence. He opened the gate but stopped and turned around. He told his friends to wait a minute and came back.

“You know what, son?” he told me. “You’re old enough to learn what life is about. You come on and go with me.” He grabbed me by the hand, and we went down to the river. There was a large bridge that went over the river in Obetz.

That event, seeing three innocent men murdered, traumatized his five year-old brain. Something said to him inside, I didn’t know black men were bad. But it must be so because my dad and his friends just killed those men for being black. He lived with this trauma growing up, and certain attitudes took root without any understanding why.

Grandpa wept after he told me his story. I cried and prayed with him. He repented that day, and committed to change his heart about this sinful racism, and I believe he did. He didn’t live a lot longer after that.

The issue of racism in our family had emanated from my great-grandfather, and then through my grandpa. But that’s where my generation broke the cycle and a spirit of real reconciliation began to replace it.

We have to take real relational steps to heal the great rifts in our society, those divides across racial, economic, and gender lines. For me, close friends like Gordon Banks, now pastoring in Seattle, and Bishop Harry Jackson — who has fought for justice for decades — have helped reveal what it looks like to replace a passive stance with active and present love.

As to my family, I think back to our ministry among the First Nations people. My parents left their comfort zone in Ohio, and we served for over a decade on a Native American reservation in Arizona. It was a difficult mission field.

I saw tremendous love in my dad — and also in Grandpa, who was Dad’s first ministry associate. He did the baptizing of people and loved them.

God used Grandpa in fruitful kingdom ministry across ethnic lines, even with the baggage he held on to for most of his life. Those lies he believed had never been confronted. In those days, there was no counseling. People just buried their pain and propagated it.

It’s never easy to challenge these attitudes in ourselves, and our circles of influence — including our families. That was the hardest one for me. But where racism exists, we must stop, confess, and repent. Only from liberated individuals and families come churches that reflect true freedom in Christ.

This article is excerpted from the new book Renewal by Mike Hayes, which is now available. It was first published as “When I Confronted Racism in My Own Family” on January 18th, 2019.