Female leaders of diverse faith traditions, including former Willow Creek staff member Vonda Dyer, reveal how they kept their faith after being violated by clergymen. 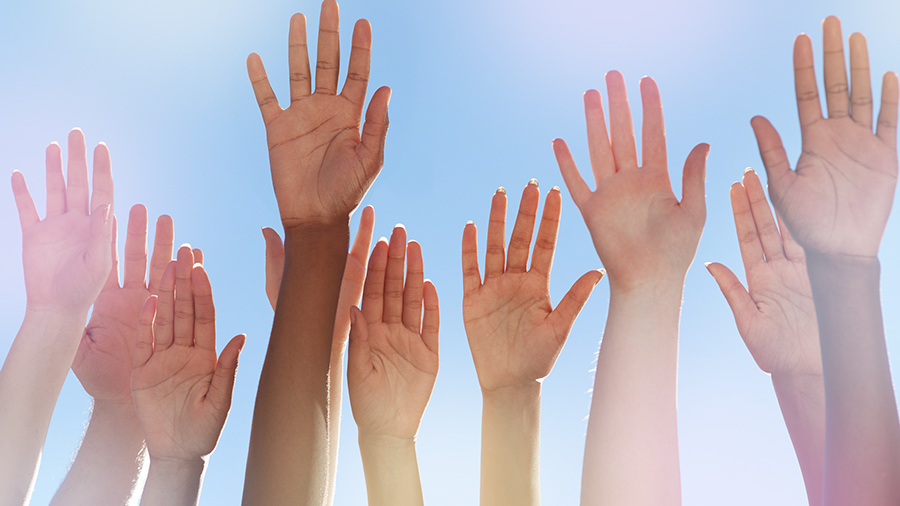 The scope and severity of allegations against faith leaders, usually men, make this one of the year’s biggest stories. It follows on the heels of other “silence breakers,” named by TIME Magazine as Person of the Year in December 2017.

Victims of abuse who have spoken out, most often female, have coalesced into the #MeToo Movement. After Harvey Weinstein’s fall from power in Hollywood, leaders both left and right have been caught up in serious allegations from multiple sources.

This season of exposed misdeeds continues. Related hashtags include #ChurchToo, identifying the context of abuse, and #TimesUp to express how offenders must face a reckoning.

Justice, Due Process and Hearing Both Sides

Many have expressed concerns about a “Twitter mob” becoming judge and jury of the accused. Numerous charges against various leaders are being investigated and litigated. Often, the evidence has yet to be weighed on the scales of justice in appropriate state and federal courts.

On Tuesday, evangelical Christian leader Russell Moore stated cautions regarding the accusations made against Judge Brett Kavanaugh. Notably, Moore led a faith leaders coalition in support of Kavanaugh’s nomination to the Supreme Court. Some have minimized charges against the long-respected jurist as a delay tactic to derail the process.

"We need to listen here and find out what the truth is." – Russell Moore, president of the Southern Baptist Ethics and Religious Liberty Commission, tells CNN's @jimsciutto that evangelicals want to hear from both Supreme Court nominee Brett Kavanaugh and his accuser pic.twitter.com/kvTXHNE5Pl

“We need to hear from both of the parties involved,” said Moore. “Frankly, I’m dealing almost every day both with young women who have been assaulted and abused. I don’t want them to hear from whatever political debates going on: Don’t come forward. Don’t tell your story.”

Moore pressed on. “And I’m often dealing with people in the criminal justice system who’ve been wrongfully accused of doing things they haven’t done,” he added. “I don’t want us to simply rush to judgment immediately, simply on the basis of where our political convictions lie.”

Such balanced voices are rare in a politically polarized election season. Indeed, few have taken time to listen and consider the stories of women. This past week, four victims of sexual abuse shared their stories in a unique public forum.

Last Friday in Columbus, Ohio, the Religion News Association (RNA) hosted a panel on “#MeToo in Sacred Spaces” during its annual conference. The RNA is a global community of journalists who strive to report on religion with balance, accuracy, and insight. “People inherently trust spiritual leaders because they introduce them to Jesus or to their faith,” said Dyer. “Usually God uses that to change peoples’ lives. When that trust is violated, it leads people to question everything about themselves and their experience. It even causes people to question the validity of their faith.”

The women spoke openly, at times in detail, of sexual abuse during the hour-long panel. (Viewer discretion is advised.) During Q&A, they also examined what safeguards faith communities should consider.

Vonda Dyer was among the first of now ten female accusers to come forward against Bill Hybels, founding pastor of Willow Creek. She served at the megachurch for 14 years.

She and other women revealed their stories in the Chicago Tribune this past March. “I am six months into facing a #MeToo storm of seismic proportions,” Dyer began.

“Would I have the courage to stand up to this man,” asked Dyer, her voice breaking. “And reveal the abusive patterns that maligned the very gospel he preached to thousands for decades? Would I risk my reputation and my standing in the global church to make it stop?” Such misdeeds are not unique to independent megachurches, panelists noted. Bishop Cynthia Moore-Koikoi oversees several Pittsburgh-area congregations in the United Methodist Church. “Even though I come from a denomination that has a structure or process for everything,” she said. “—People are still sexually harassed. [Don’t think] it’s not going to happen because we have a process.”

She continued on a theme Dyer brought forward. Senior pastors are often unquestioned and without peer, they stated. “In the black church, pastors are put on a pedestal,” said Moore-Koikoi. “Everything they do is right. If you question them, then you’re questioning God. It allows people to go unchecked with behavior we all know in our guts is wrong.”

Jewish scholar Dr. Keren McGinity pointed to what she believes is the heart of the issue. “Society defines masculinity along lines that lift men up according to how big and strong and how many sexual conquests they have,” she said.

“It replicates this idea that men have some inalienable right to touch women at their whim,” McGinity continued. “We need [diverse] voices and ideas about what it means to be a man, to be masculine — and to be a woman.”

Time’s Up for Abusers in Faith Communities

Rather than doubting their faith, the women said their beliefs drove them to speak out on behalf of victims.

“It gave me courage to step forward,” said Dyer. “[I was] reminded by the story of Esther, how she went against a very powerful and destructive man. God made a pathway for her.”

Sameera Qureshi, a director at HEART Women and Girls, asserted that violence results when beliefs are misapplied. “Faith is not the problem,” she said. “Misinterpretation and misuse of religion are the problems. Female leaders are reteaching a lot of men about justice, standing up against oppression, and equality of women’s rights within Islam.”

McGinity pinpointed the concerns at hand. “The problem is the idea that one can use one’s power and influence to objectify and assault someone else, male or female,” she said.

Greater accountability to other congregation leaders has become a necessity, the women leaders stated. Methodist Church founder John Wesley’s 21 questions were noted as a tool for greater transparency in such private discussions. They contend true faith points the way to integrity.

“My faith has grown stronger,” concluded Dyer. “I have a fierce fire in my belly to see this eradicated — inside and outside of the church.”

Explore The Stream’s full coverage of the #MeToo Movement and sign up to receive top stories every week.