Message for the President: To Unite Americans, Reach out to Christians 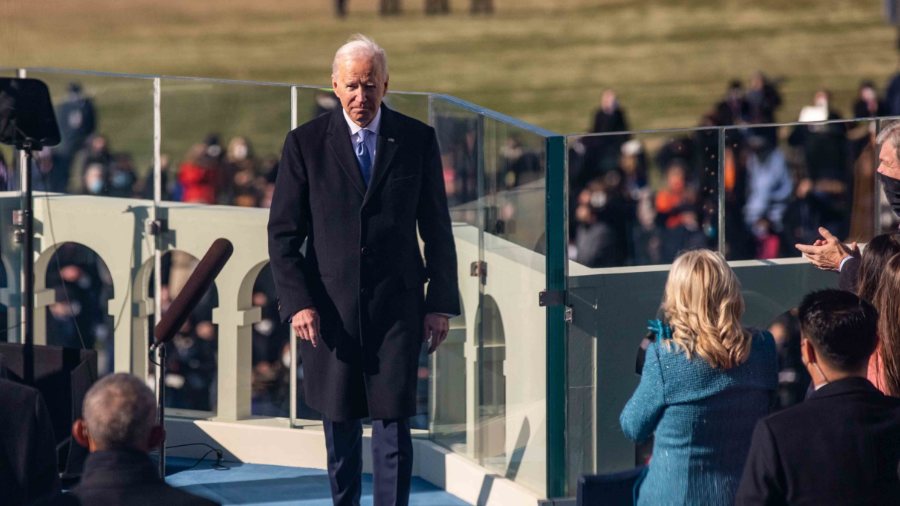 One of President Biden’s often-repeated goals is to unite our divided nation. If he is sincere, we offer this bit of advice: Mr. President, to unite all Americans, begin by reaching out to the Christian community. It would be difficult to find a segment of the population that feels more disenfranchised at this moment in time, and it’s a large segment. More than 70% of American adults self-identify as Christians. That’s a lot of people — almost 210 million.

Using the bully pulpit of the presidency to speak out against anti-Christian bias in government, the mainstream media, education and the entertainment industry would go a long way toward making Christians feel at home in their own country again. President Trump did this and it changed the hearts and minds of a lot of believers toward him. It is questionable if a president — any president — can unite our country without extending an olive branch to more than 210 million of his fellow Americans.

As of this writing, church services are prohibited in California, Washington, Montana, Idaho, Minnesota, Illinois, Alaska and Vermont.

There are a number of things President Biden can do to help unite our divided nation. In this article we recommend two strategies the president might consider, both of which will make Christians in America feel as if their voices matter. The first involves bringing to bear his influence as president and leader of the Democratic Party to put an end to COVID-19 discrimination against churches. The second involves calling out colleges and universities for allowing themselves to become hotbeds of anti-Christian bias.

Call Out Governors Who Use COVID-19 to Discriminate Against Churches

President Biden can take a major step toward unifying America by calling out those governors who are using the pandemic as an excuse for shutting down churches while allowing bars, liquor stores, and night clubs to remain open. Few government policies could be more divisive in the eyes of Christians. When bars and nightclubs are overflowing with patrons who refuse to wear masks or observe social distancing, how can Christians who are banned from gathering to worship not feel discriminated against? How can Christians not view the shuttering of churches as a violation of the religion clause of the First Amendment?

The president’s views on this issue or any issue for that matter carry a lot of weight, but President Biden’s view would carry even more weight than usual since the governors shutting down churches are members of his political party. As of this writing, church services are prohibited in California, Washington, Montana, Idaho, Minnesota, Illinois, Alaska and Vermont. Other states have taken the opposite stand, declaring religious worship an essential activity. These states include Florida, South Carolina and Tennessee. Fifteen states are allowing churches to meet with no limits on size. When churches can meet in some states but not in others, Christians can be forgiven for believing the issue has more to do with politics than public safety.

The rift between government officials and church leaders over prohibiting worship services has become so intense, some churches are meeting in defiance of government restrictions while others are filing lawsuits against their state governments. For example, a group of churches in California is suing Governor Gavin Newsom in federal court claiming his prohibition against church services violates the First Amendment. These churches petitioned the court to be allowed to continue worship services while their case is being heard, but their request was denied.

The tension between churches and selected government officials makes it difficult for Christians to envision climbing aboard the unity train. Their reticence will make it difficult if not impossible for President Biden to achieve his stated goal of uniting our divided nation. The president’s words were welcomed by most Americans but it will require more than words to achieve this noble goal. Unity will result from action. One action the president can take to get the ball rolling is to intercede on behalf of Christians who feel they are being denied the equal protection of the law guaranteed in the Constitution.

President Biden can take another major step toward reconciliation and unification by encouraging colleges and universities to put an end to practices discriminating against Christian students. American colleges and universities were once leading proponents of Christian thought and traditional values but over time they morphed into hotbeds of anti-Christian bias. Now, in many cases, Christian students must keep their beliefs to themselves or suffer the indignity of having them not just publicly questioned but ridiculed.

President Biden can use his substantial influence to remind institutions of higher education that if there is anywhere in America where the free exchange of ideas should be welcomed and encouraged, it is on college and university campuses. He can remind the leaders of these institutions of their supposed allegiance to academic freedom, that multiculturalism should include the Christian culture, and their professed commitment to diversity has no credibility if it excludes Christians and their beliefs.

President Biden can take a major step toward achieving unity by convening a conference of college and university presidents and encouraging them to take specific actions to ensure Christian students enjoy the full measure of academic freedom afforded other students and their views are welcomed in the same way those of Marxists, communists, socialists, atheists, agnostics and members of non-Christian religions are.

The president can encourage leaders in higher education to take at least the following steps: eliminate speech codes interpreting statements straight from the Bible as hate speech, shut down so-called free-speech zones that, in practice, are used to limit Christian speech and activities, stop requiring Christian students to sit through mandatory re-education sessions designed to force them to embrace homosexuality, and prohibit professors from requiring students to toe the line of leftist orthodoxy in order to make passing grades.

We Pray the President Meant What He Said About Unity

The two strategies for unifying America recommended in this article are only the beginning of what President Biden will have to do if he is serious about uniting our divided nation. They are the tip of a very large iceberg. Is the president willing to do what is necessary to unite a nation more divided now than at any time in its history since the Civil War or is his claim about uniting all Americans just empty words? One can only pray President Biden means what he says about unity. Time will tell.

Oliver L. North is a combat decorated U.S. Marine, TV host and best-selling author. David Goetsch is a Marine Corps veteran, professor of business and author of 76 books. Their latest book is Veterans’ Lament: Is This the America Our Heroes Fought For?

The Right Values to Unite America