Men Among Lions: Interview With David and Jason Benham 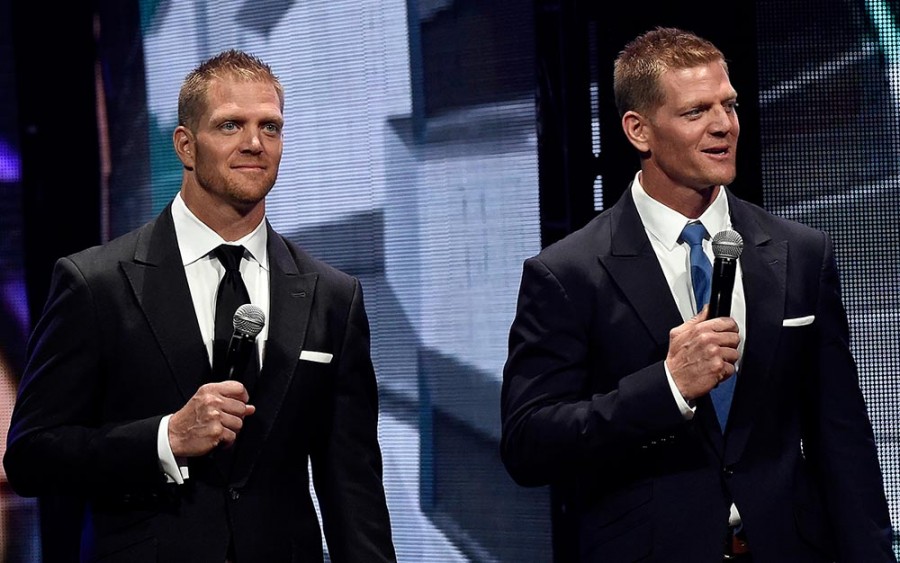 In 2014, business partners and twins David and Jason Benham were thrust into the national spotlight when their HGTV show, “Flip It Forward,” was cancelled before it began. Liberal activists had deemed the brothers’ socially conservative values unacceptable, and HGTV crumbled under the pressure.

Unbowed, the brothers continued to speak out on their Christian beliefs. They wrote a book, Whatever the Cost, in 2015, and advocated for Americans to return to Christian values. Now they’ve published their second book, Living Among Lions: How to Thrive Like Daniel in Today’s Babylon. The book examines the biblical Daniel, who along with his friends was pressured – to the point of a death sentence – to give up his faith in God.

According to the Benhams, America is heading in the same direction, as pressure is increasingly applied against Christians to bow to the Sexual Revolution and secularism. The solution is to go back to the Babylonian exile and learn from Daniel.

They sat down with The Stream to discuss some of Living With Lions’ key principles, as well as how to reverse course before it’s too late.

The Stream: You say [in the book that] American Christians face “pressure,” not “persecution.” What is the line between the two, and how do you respond to people who say what Baronelle Stutzman, the Kleins, Christian Mingle, and the Washington pharmacists are facing is, in fact, persecution?

Benham Brothers: You mentioned only the first half of our thought. When we say we face pressure, not persecution, in America, we finish that statement by saying the pressure will turn to persecution if we don’t stand with courage now. Today, we are watching financial persecution of unprecedented order in America, especially in the cases you mentioned above. But for the rest of us, those that still have our jobs, we face the daily pressure of ridicule and other types of pressure when we stand for biblical values. The ultimate end of persecution is death — and Lord willing we’ll never see that in America like we see overseas.

TS: Given that Americans are not facing “persecution,” should Americans prepare for the same kind of real persecution Daniel and his friends faced? Do you see this in America’s future, why or why not, and if so, what will it look like?

BB: Since we finished our book, the pressure we’re experiencing in America is quickly turning to persecution for some families, specifically financially. We believe if the sexual revolution is left unchecked it will become a crime to confess biblical truth in today’s America.

Those that dare hold a biblical view of sexuality will spend time in jail. Those that refuse to participate in gay weddings or gay pride events will lose their business license. Perhaps it may even become a crime to teach our children biblical values when it comes to sexuality. So we must absolutely prepare ourselves to stand with courage like Daniel did in Babylon.

TS: Related, does not facing the same situations as Daniel and his friends make it hard to fully identify with Daniel?

BB: We are facing very similar situations to Daniel and his friends — it’s just a different glove covering the same fist. Bowing to Nebuchadnezzar’s idol is the same as forcing believers to bow to the sexual revolution today. Pressure by the state to create ordinances against people of faith, like what Daniel faced with King Darius, is already beginning to take place in America.

TS: Many liberals scoff at Christians who say America is turning against us. They point to what you mention in the book, about people in other nations losing their lives, etc. and say we’re overreacting. How do you respond to those criticisms?

BB: Persecution starts with pressure. Little by little it grows until full blown. At some point, the pressure turns into all-out persecution. History proves this true — just look at how fast laws are being created to force people of faith to act against their convictions today. It’s only the beginning if sweeping revival and reformation don’t take place quickly.

TS: You mention that God used to favor America. How was America ever a Christian country, given that it had legalized slavery, it has supported dictators in other nations, and in other ways acted in unchristian ways?

BB: Countries can’t be saved, so America can’t be “Christian” in and of itself. Yet many of our founders were faithful believers in Jesus. Our nation has never been perfect, and slavery certainly was a scourge on our nation for which Abraham Lincoln said the judgement of God was upon us during the Civil War.

Yet even with sins like this in our past, America was founded on a principle of self-governance like no other nation before in the history of the world. Our founders were clear that our governing ourselves as a nation would only work if we remained morally upright and submitted to the values and principles of the Bible. Despite attempts by revisionist historians to write this out of our history, it’s undeniable.

TS: Daniel saw proof of God’s favor through his dreams, etc. What kind of proof can Americans see of God’s favor, His Will, etc., as we go through our lives in the modern age?

BB: Daniel chose to be faithful without proof. His friends did the same by telling the king that God was able to save them from the furnace, but even if He did not, they refused to bow. Faith doesn’t need proof — though God sometimes gives it. Ours is to be faithful. God will handle the rest.