Other men came forward after Anthony Rapp revealed that Spacey sexually assaulted him in 1986. 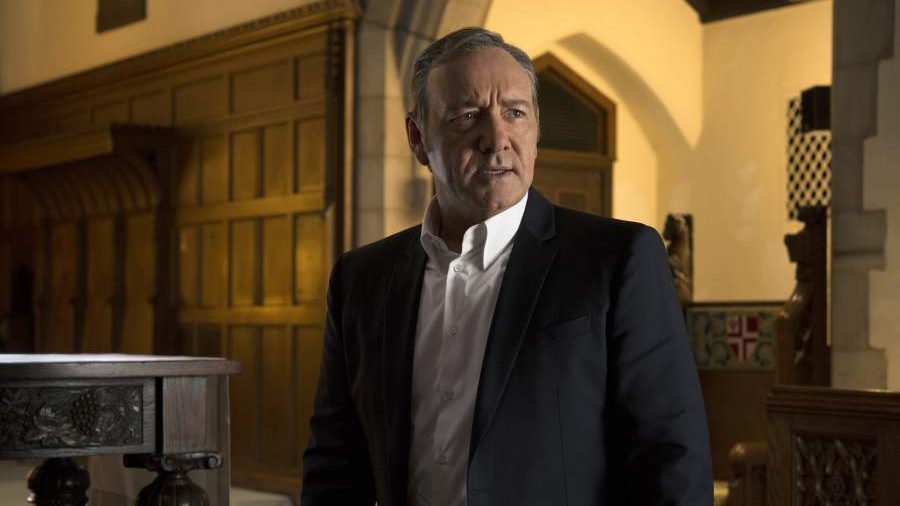 This image released by Netflix shows Kevin Spacey in a scene from House Of Cards. Netflix says it's suspending production on the show following harassment allegations against Spacey.

By Liberty McArtor Published on November 2, 2017 •

Other men have come forward since Sunday, when Rapp, a member of the original Rent cast on Broadway and current Star Trek: Discovery actor, revealed Kevin Spacey sexually assaulted him in 1986. Rapp was just 14 at the time. Spacey, former Broadway actor and two-time Oscar winner, was 26.

Spacey invited Rapp to a party in New York at his apartment, Rapp told Buzzfeed. After everyone else had gone, Spacey picked Rapp up, placed him in bed and lay on top of him. Rapp managed to get away before anything worse happened, but said his stomach still “churns” whenever he sees Spacey.

He finally came forward with his story to “shine a light and hopefully make a difference,” he said. And he has. The New York Times reported Thursday that Spacey is seeking treatment after more men claimed the House of Cards star harassed them.

Attempted Rape of a Teen Boy

The most serious allegation against Spacey is attempted rape of a 14-year-old boy. The victim, now a 48-year-old artist, came to Vulture, a website of New York Magazine, in an interview published Thursday. The man remained anonymous. But Vulture verified his account with others he had told throughout the years, including acquaintances and his therapist.

This man met Spacey in 1981 when he was 12. Spacey was a guest teacher at his acting class, Vulture reports. They ran into each other again two years later. Spacey offered the former student his number. Shortly after, the two began a sexual relationship. The former student was 14 and Spacey was 24.

The relationship ended one day when Spacey attempted to have sex with the former student, even though the teen repeatedly told him no. He managed to get away, but described the assault in disturbing detail.

Other than a few phone calls within the next year, the two were never again in contact. When the former student became an adult, he realized he was the victim of a sexual predator.

“He is a pedophile,” the man told Vulture. “When you look at his statement, you realize also he’s profoundly narcissistic.” He was referencing Spacey’s statement of apology after Rapp accused him of assault earlier this week.

Spacey denies this man’s allegations, according to his lawyer.

Many of the allegations come from men who worked with Spacey at the Old Vic theater in London. Spacey worked there as artistic director from 2004-2015.

Mexican actor Roberto Cavazos took to Facebook to share his own experiences with Spacey at Old Vic, The Guardian reported Wednesday. At the theater and surrounding bars, Spacey was known for “squeezing whoever caught his attention,” Cavazos wrote.

“It seems that it only took a male under 30 to make Mr. Spacey feel free to touch us,” the actor said.

The Guardian also reported the testimony of Daniel Beal, a bartender from West Sussex. Beal said that when he was 19, Spacey exposed himself to him, then gave him an expensive watch to keep quiet.

A BBC program reported the story of a man who claims he was assaulted by Spacey in New York, just one year before Rapp. He was a teen at the time, and had been invited to Spacey’s apartment. Spacey allegedly invited the teen to sleep in his bed with him, but the boy declined and slept on Spacey’s couch. When he awoke, Spacey’s head was on his stomach and his arms around his body.

“I was uncomfortable at best, traumatized at worst,” the man, who remained anonymous, said.

“We Were All Involved”

As the Times reported Thursday, the Old Vic theater claims it is “deeply dismayed” by the allegations. But former theater staff say everyone was in the know. “We were all involved in keeping it quiet,” the former employee told The Guardian. “I witnessed him groping men many times in all sorts of different situations.”

Rebecca Gooden told The Guardian when she interned at Old Vic in 2010, she heard stories about Spacey. “I was informed that I was not allowed to talk about it outside the theater,” she said. “I am honestly sickened that the theater has chosen to plead ignorance.”

When Rapp’s testimony broke on Sunday, Spacey responded that he did not remember the incident. “But if I did behave then as he describes, I owe him the sincerest apology for what would have been deeply inappropriate drunken behavior,” Spacey tweeted.

Spacey went on to officially come out as gay in the same statement — a move that has drawn wide scale criticism from LGBT leaders and others.

It Happened on the House of Cards Set, Too

Netflix has paused production on season six of House of Cards, which features Spacey as fictional U.S. President Frank Underwood. The season had been in production before allegations against Spacey became public. The show was reportedly already set to end after season six.

On Thursday eight current and former House of Cards employees claimed to CNN Spacey sexually assaulted or harassed people on set. One man said Spacey put his hand down his pants, cornered him, then became “visibly flustered” when the employee said he was uncomfortable.

In a statement, Netflix said it was aware of a single incident five years ago that they believed had been “resolved swiftly.”

According to another man, a former employee who spoke to CNN, many on set were aware of Spacey’s routine harassment of young men. But crew members were afraid they would get fired if they spoke up.

Editor’s note: This post was updated at 3:16 p.m. CT on Nov. 2, 2017 to include Spacey’s alleged attempted rape of a 14-year-old boy, and again at 9:20 a.m. CT on Nov. 3 to include allegations that Spacey harassed and assaulted people on the set of House of Cards.