Memorial Day: Honoring Those Who Served by Protecting the Freedoms They Died For 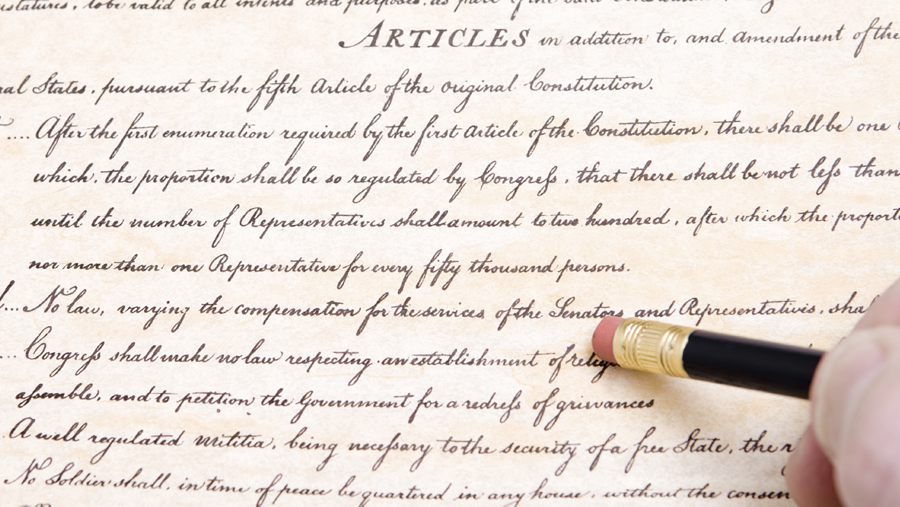 “Go home and take care of your family,” the recruiter admonished my grandfather. Grandpa Davis already had several kids when he tried to join the military during World War II.

Grandpa Davis was a big, strong man. I have no doubt he would have done America proud if he’d been allowed to join. As it was, many of the men in our family joined the military and served with pride. Two of his brothers-in-law and one son-in-law served in WWII. Another son-in-law served in the Korean war. Two of his own sons served during Vietnam.

One of my most vivid memories took place at a parade in Gilmer, Texas. I was standing beside my grandfather as the floats went by. Everytime a flag went by on a float, Grandpa took his hat off. It impressed me that he respected the country that much. He taught me that America should be respected and her flag honored as a symbol of those who died for her freedom.

With each generation America changes. “This isn’t the same country that I grew up in,” we hear. And of course, it isn’t. But those who died to secure our freedom still deserve honor for their service. The best way we can honor them is to fight against those forces that wish to take our freedoms. And during this time of COVID-19, we’re seeing some of those freedoms slipping away.

Congress shall make no law respecting an establishment of religion, or prohibiting the free exercise thereof; or abridging the freedom of speech, or of the press; or the right of the people peaceably to assemble, and to petition the Government for a redress of grievances. — The First Amendment

The Right to Freely Exercise Religion

Just a few days ago, I wrote about the hundreds (if not thousands by now) of California churches that will be opening on Pentecost Sunday, May 31. Churches in California, under Gov. Newsom’s leadership, have been ordered to stay shuttered while big box stores like Walmart and Home Depot have remained open. Churches have been deemed “unessential” while Walmart, Home Depot and even liquor stores have been labeled “essential.” The argument can be made that a person’s spiritual well-being is far more important.

Don’t tell me it’s all about protecting citizens from a deadly disease. Pastors are being handcuffed for opening their churches while alcoholics get their fix at a liquor store just around the corner and women get their hair colored at the local beauty parlor. No, this is about more than just keeping us safe. Our right to freely exercise our religious beliefs is being curtailed.

“We’ve been respectful and submitting,” said Westside Christian Fellowship pastor and Stream contributor Shane Idleman, “but at some point, you begin to realize, ‘Okay, we’ve gotta we’ve got to step it up a little bit here’ and can’t wait for the governor’s okay to open churches when everything else is open from Lowe’s and Home Depot to Walmart.”

Idleman added, “It’s not like we’re going to say, ‘I don’t care about the social distancing. I don’t care about the math.’ We’re going to honor the same guidelines that a big store honors. We’re not doing this in a spirit of rebellion, we’re actually doing it in the spirit of submission. [We submitted] to the government officials for the last two and a half months. But now it needs to transition to a submission to God.”

Who is the Ultimate Authority?

We recognize that Romans 13 says to obey those in authority. However, the Christian’s ultimate authority is God, not the government. We have to remember that Apostle Paul and others were imprisoned because they disobeyed their government in order to spread the life-giving Gospel.

Apostle Peter and others defied their government’s order to stop preaching about Jesus, saying, “We ought to obey God rather than men.” Pastors are being silenced. As Christians, we must recognize when our government is compelling us to disobey God (Whose Word tells us not to forsake meeting together) and choose whether we will obey God or government. We must exercise our freedom to freely express our faith or risk losing that freedom forever.

This Memorial Day I will think about all of those who gave their lives so that we may have freedom, including the freedom to freely express our faith and the freedom to peaceably assemble. It’s up to us to keep those freedoms by actively moving against those forces that wish to restrict or abolish them. They’re ours to lose.