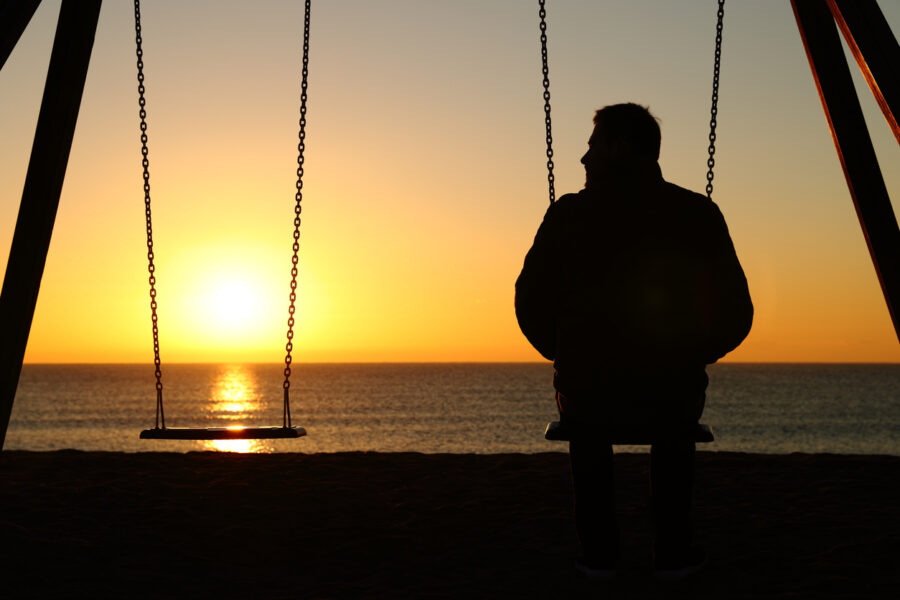 In Arthur C. Brooks new book, From Strength to Strength: Finding Success, Happiness, and Deep Purpose in the Second Half of Life, Chapter 5 has the intriguing title “Ponder Your Death.”

Well, maybe not quite “intriguing.” Perhaps the right word is “scary.”

As Brooks points out:

Death is the most normal, natural thing in life itself, and yet we are amazingly adroit at acting as if it were abnormal and a big surprise. When I tell my graduate students, who are mostly in their late twenties, to contemplate the fact that they have fifty or sixty Thanksgivings left, and twenty or thirty with their parents, they looked pretty shocked…. We avoid thinking realistically about the length of our lives and our time left, lulling us into the false belief that we have all the time in the world.

Then he adds, “This expunges the urgency of life changes.”

That may frighten you. Brooks notes, “A majority of people fear death to some extent, and most surveys find that about 20% have a high level of fear. Some people have a fear that is so extreme as to rise to the level of a psychiatric condition known as ‘thanatophobia.’”

Sprinting to the Grave

While most modern people do their best to forget or ignore this disconcerting fact of life, the great authors, poets, theologians, and philosophers faced it. For example, Dante referred to us as “those on earth who live / that life which is a sprinting to the grave” (Purgatorio 33.53-54). Poet Emily Dickenson wrote, “Because I could not stop for Death, / He kindly stopped for me.” And the list goes on.

For Christians, facing death is — or at least should be — part of our observance of Holy Week and Good Friday. Death is, after all, the problem Jesus died to solve. So, what about death?

Regardless of exercise, healthy diets, state of the art medical care, life-extension therapies, vitamins, herbal remedies, and yet-to-be-discovered treatments, death will come to each of us.

Yes, the Thought of Dying is Sobering

That’s rather a dramatic story, but consider: 68% of Americans have no will. Someone suggested it’s more fear of lawyers than fear of death, but, having made a will, I can tell you that discussing my sure and certain demise was, to say the least, sobering.

Like all reminders of death, it put things into perspective. All that I claim as “mine” isn’t mine at all. The house, the car, the savings, the guitars, fishing rods, books, clothes — you name it will belong to others. Suddenly getting knotted up about the things of this world starts to seem kind of silly. And that’s a good thing.

And not only is it “appointed for men to die once” as Hebrews 9:27 reminds us, but “after that comes judgment.” Not only will I die, I will be held accountable. How did I live? What did I do with my time, money, talents, and treasures? And, most important, what did I love? God and neighbor, or did I scatter and squander love on a thousand lesser things?

You don’t have to believe in Purgatory to know that before God’s judgment seat our eyes will be opened to the truth about our lives. And while those who trust Christ crucified for their sins are forgiven, for most of us, that revelation won’t be pretty.

Meditating on our deaths and the death of Christ should goad us to changing that. It should motivate us to reordering our love and thus grow in holiness. It should fill us with “the urgency of life changes.”

Holy Week is an ideal time to begin. Knowing death will come, we can walk with Jesus through sorrow, betrayal, rejection, mockery, lashings, more mockery, the Via Dolorosa, Golgotha, the nails, the agony, more mockery, seven last words, and finally death — the death that gives us life.

Think about how few Good Fridays you have left. What will you do with the rest of your sprint to the grave?

Martyred missionary Jim Elliot wrote in his journal, “He is no fool who gives what he cannot keep to gain that which he cannot lose.” And all the money, power, acclaim, and stuff of the world fits into the category of “cannot keep.”

Note: “Mortality and Eternity” is the topic for the 2022 Wyoming School of Catholic Thought, Wyoming Catholic College’s adult learning week, June 12-17. Information can be found here.