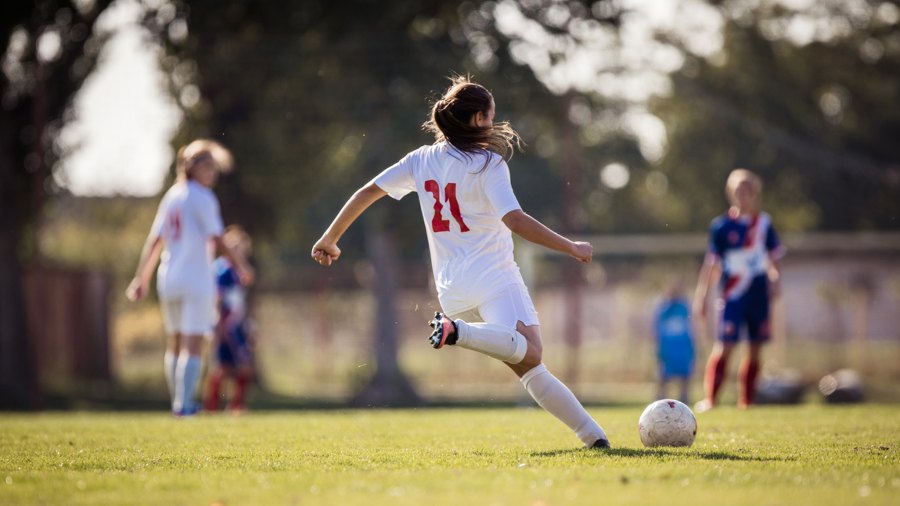 If you have to twist language to win sympathy for your cause, the logic of your cause is probably weak. Language-twisting is a go-to strategy for those who support the right of biological males to compete on women’s sports teams if they identify as transgender.

The Mississippi Fairness Act Isn’t Banning Anyone From Sports

1. “[T]here are efforts across the country to ban transgender kids from participating in school sports.”

I don’t know of a single effort to “ban” transgender kids from sports. The only law cited by the author is The Mississippi Fairness Act. Here’s what it actually says: “Athletic teams or sports designated for ‘females,’ ‘women,’ or ‘girls’ shall not be open to students of the male sex.”

And they are based on genuine, relevant differences. Such distinctions — even when labeled “discrimination” — are essential.

Rapinoe would have us believe that “transgender” is an adjective properly describing the noun, “girl.” Sort of like one might describe a “tall” girl, or a “smart” girl. But this just doesn’t work, because in this case we’re talking about a boy. To suggest that there are two types of girls: one that is biologically female and one that is biologically male, is to render the word useless.

If we reconstruct Rapinoe’s sentence using words to describe reality, it would read, “Boys and men who self-identify as girls and women belong in sports and should be able to participate alongside other girls and women.” It just doesn’t make any sense.

Discrimination Based on Objective Differences is a Normal Part of Life

The twisting of language here is subtle. If Rapinoe had said, “Discrimination based on animous hurts everyone,” I would have agreed. But not all types of “discrimination” are bad.

There is a sense in which one could say that these distinctions “hurt” the quacks, the non-citizens, and the blind. But they benefit society at large. And they are based on genuine, relevant differences. Such distinctions — even when labeled “discrimination” — are essential.

In the same way, male-female distinction in the context of sports is both rational and essential, if we want boys and girls to have the same type of athletic opportunities. As the maligned Mississippi Fairness Act points out, high school boys have physiological advantages over girls in sports. Studies show that these persist even despite the use of hormone blockers. So it is supremely fair to maintain separate teams for girls.

4. “These efforts cause incredible harm to trans youth…”

In the next breath, Rapinoe tells us that 1 in 3 transgender youth has attempted suicide. But what’s really driving these young people toward suicide?

No one should be surprised that denying one’s gender is an undertaking fraught with stress. To suggest that the problem is somehow solved through sports is to underestimate the suffering we put young people through when we encourage them in the idea that they are “transgender.”

“Trans” People Aren’t Trying to Be Who They Are

5. “No one should be treated unfairly because of who they are…”

It’s hard to disagree with a statement like that. The trouble, in this context, is that allowing “transgender girls” to play on girls’ sports teams is to treat the actual girls unfairly because of who they actually are. There is no other team for them.

This kind of talk, encouraging us to let people “be who they are,” is laughable in the context of pro-transgender rhetoric. Because the whole point of such rhetoric is to manipulate the social order to make people comfortable as they try to become someone they are not.

Life is not endlessly malleable. We can change the way we dress, talk, and present ourselves, but we cannot so drastically change our genetic makeup or all the physiological traits that go with it.

For too long, society has told kids that all truth is relative, and that they can be whatever they want to be. If we really care about kids, we’ll admit that it isn’t actually so.

When change is needed and possible, we should work toward it. But real fulfillment also requires finding those ultimate truths that can’t be changed and living fully in the light that they cast.