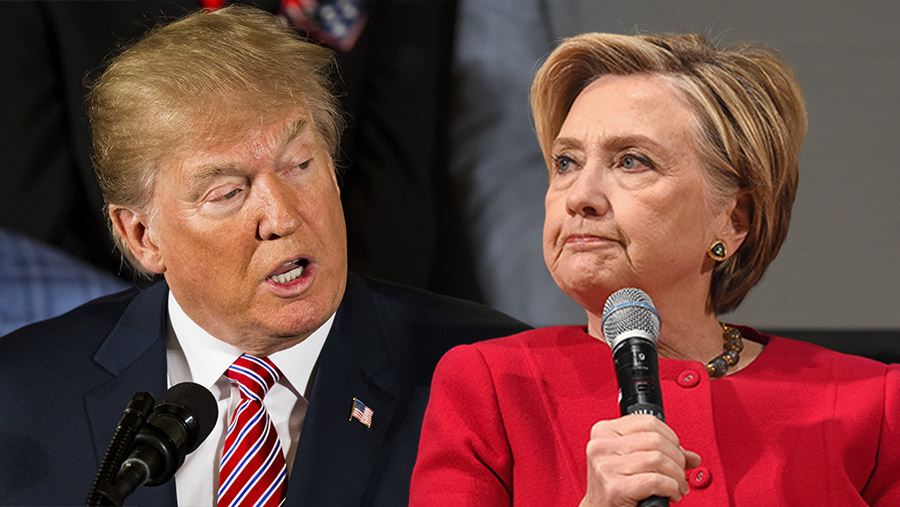 So, what’s more important: That accused billionaire pedophile and sex trafficker for the rich and famous Jeffrey Epstein somehow ended up dead in his prison cell or that Donald Trump retweeted actor Terrence K Williams’ thoughts on the matter?

A suspicious suicide or a simple retweet?

According to the media and some of the major democratic candidates, it’s the retweet. Or at least that’s how they’re acting. Forget that Epstein was for some reason taken off suicide watch and guards violated policy to leave him unwatched for hours. What matters is Trump retweeted a “conspiracy theory” that the Clinton’s might be involved.

The natural suspicions of Trump outweigh the unnatural death of Epstein. Why?

Died of SUICIDE on 24/7 SUICIDE WATCH ? Yeah right! How does that happen#JefferyEpstein had information on Bill Clinton & now he’s dead

I see #TrumpBodyCount trending but we know who did this!

Trump had to become the focus.

Epstein’s body was not even cold when ShareBlue, a left-wing media propaganda outlet created by Clinton advocate David Brock put out an urgent email to get the spin machine humming. Conservative Treehouse got hold of the talking points. The message was clear: “Make It About Trump!”

Here are their five “Do” action items:

They also do not want you to “Link to the current court documents regarding Epstein or use them in constructing your argument.” Why? Because the documents clear Trump. Accuser Virginia Roberts Guiffre states under oath she had zero knowledge of Trump ever messing with any underage girls. She denied he even flirted with her.

Still, once Trump retweeted Williams, the media had their easy (if deceptive) path to execute the media strategy. The Washington Post raced to publish a piece on Trump’s fondness for conspiracies and the “paranoid style” in American politics. Trump, they said, retweeted a “baseless conspiracy theory about the death of Jeffrey Epstein.” (That’s rich coming from one of the main peddlers of the Trump-Russia Collusion Myth.)

The Post, which long suggested the current president is a traitor, blasted Trump for the “groundless suggestion that a former president was involved in a suspicious death.” Groundless? Hold that thought a sec.

The Hill spent all Sunday tweeting and retweeting and retweeting again Trump-Epstein stories with Trump in the starring role. One involved former acting Solicitor General Neal Katyal. Katyal said it was “literally unfathomable” that Trump retweeted the Clinton suspicion. Incidentally, these reactions all sound strangely similar to the reaction Trump got when he tweeted that Obama had been spying on his campaign. Which we know now, of course, was true.

So exactly how “unfathomable” is Clinton involvement? How “groundless”? “How “baseless”?

Dinesh D’Souza makes a great point. “If Jeffrey Epstein were scheduled to testify against the mob and suddenly turned up dead, would it be a ‘conspiracy theory’ to suspect foul play? The people Epstein was involved with are 10 times more powerful than the mob.”

Looking Back With Fresh Eyes

In 1994, the story was that Senate Majority Leader Mitchell turned down the Supreme Court because he wanted to concentrate on getting Hillary’s health care proposal passed. Well, maybe… .

But look at it through the Epstein allegation lens. Does it sound as plausible as it did before Friday’s allegation against Mitchell? Go back to 1994. Mitchell would have been the first Democrat nominated to the Supreme Court after the Democrats had vilified and smeared Clarence Thomas in 1991. Conservative groups would be itching for payback. Any nominee was going to not only be subject to FBI investigation, but activists would have been crawling down any possible crevice for dirt. Anita Hill was an adult woman. Did Clinton worry an underage girl might pop up with a story to tell?

Again, Mitchell could be as pure as the driven snow. And we do have to presume his innocence. But in light of the new information, his decision to not go through the heat of a confirmation battle does raise an eyebrow.

How can anyone be criticized for speculating about the death of Epstein? Anyone who claims that his reaction to Epstein’s death wasn’t some variation of “What the heck?” or “They got to him” is lying. The questions are too huge, the timing too suspicious, the stakes too high.

Zero Hedge provides seven unanswered questions. They range from “Why was Jeffrey Epstein taken off suicide watch?” to “Why did the guards break prison rules and not check on him every 30 minutes?” to “How could Epstein kill himself in a prison where the cells had been specifically designed to prevent that from happening?” When even an angry Attorney General is talking about “serious irregularities” it is disingenuous to fluff off questions as “conspiracy theories.”

As the American Greatness website noticed, the lack of journalistic curiosity is itself curious … and telling.

More evidence: Epstein had told authorities he did not try to kill himself a few weeks back; that he was assaulted. Another report says he feared being in a cell with a corrupt ex-cop with four murders to his credit and a likely date with Old Sparky in his future. In other words, someone with everything to gain and nothing to lose by helping do away with the billionaire.

Let’s not rush to judgment. The medical examiner hasn’t even ruled the death a suicide yet. That office wants more information.

So, wondering if Epstein might have been murdered is a no-brainer. The issue at this point is Trump tweeting an allegation that fingers the Clinton’s.

First, let’s state the obvious. Trump may have done the retweet simply to troll the Clintons. If anybody has a moral right to cast shade at the Clinton Machine it’s the guy who spent two years fighting off the Trump-Russia Collusion Lie they paid for and coordinated. Then again, that operation involved officials at the White House, State Department, FBI, DOJ, CIA, DoD and DNI. Plus, the Mainstream Media, assorted international spooks and diplomats and Russians. The Clinton Machine managed all that. But they couldn’t, in principle, reach out to one cell in one little prison in New York? Is it reckless to wonder?

Who had the most to lose if Epstein cut a deal? Naturally, there are plenty of powerful figures with the motive to do away with Epstein. But since the issue is the hysteria over Trump’s retweet, let’s stay focused on the Clinton Syndicate.

Bill Clinton Lied About His Friendship with Epstein

The Miami Herald, Fox News and The Daily Beast have well established one crucial fact. Bill Clinton has lied massively about his relationship with Epstein. The Daily Beast reports Epstein visiting the White House multiple times during the Clinton years. (And who was one of the people to party with Epstein after he was released from jail? George Stephanopoulos, Clinton’s former senior domestic adviser. The guy tasked with handling Clinton’s bimbo eruptions during the 1992 campaign.)

Hey, we all remember Clinton’s known fixation for chasing Pretty Young Things. And his history of forced encounters. And his documented travels with Epstein on flights with underage girls. AND the fact he’s lying about the extent of his involvement with Epstein. All that is good enough reason to at least cast an eye his direction. He’s the mobster in the D’Souza analogy.

Still, that’s not the reason #ClintonDeathCount trended right after Epstein turned up dead. It’s the fact that being in a position to harm Bill or Hillary has proven hazardous to one’s health.

A list has been going around since Bill Clinton’s first term of Clinton enemies and friends who happened to meet untimely ends. Perhaps each death is a coincidence. The Grim Reaper is just a Clinton groupie, not a staffer. CBS Las Vegas posted the so-called “Clinton Dead Pool” list after Epstein’s death. Apparently the station doesn’t think the idea of their involvement “unfathomable.” Read the list yourself. (And note that it is the website’s most popular article.)

“The List of Clinton Associates Who Allegedly Died Mysteriously. Check It Out”

Then check out another Dead Pool list that adds names from more recent years. Sure, with some the connection is tenuous. Some even bogus. But all of them? Are all of them mere coincidences? Should we take that on faith? On the word of an ex-president disbarred for committing perjury?

How in the world is it then “baseless” for Trump to look that direction?

All Speculation Aside, Barr is Investigating

Barr also put DOJ Inspector General Michael Horowitz on the case. That’s the same man investigating the FBI/DOJ’s complicity in the Trump-Russia Hoax. (Which definitely has the Clinton’s fingerprints, handprints and footprints all over it.)

Remember Barr’s promise: “Any co-conspirators should not rest easy.”