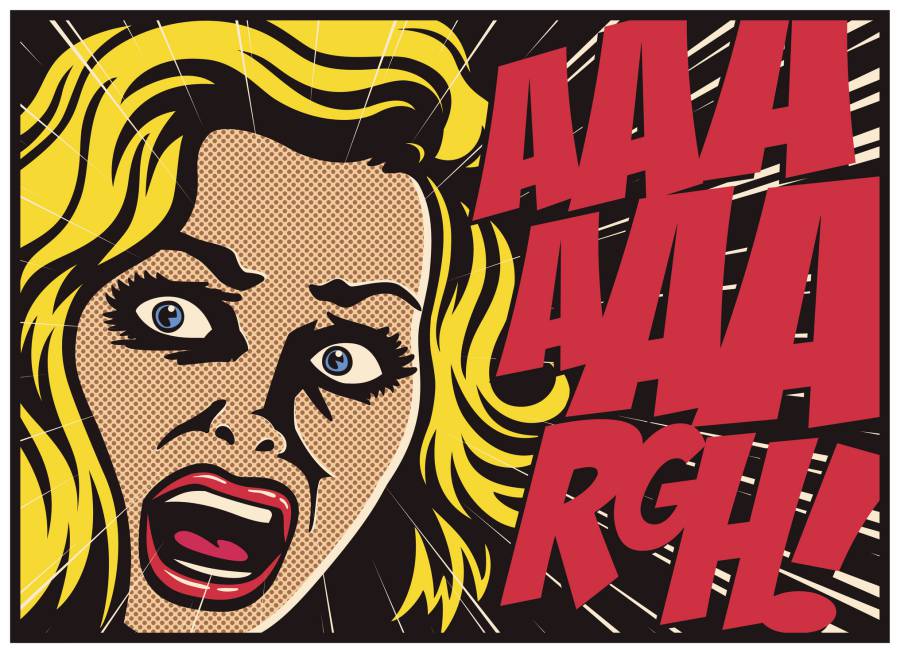 Even as violent crime has fallen greatly since the 1970s and 80s, Americans have been forced to process a hideous innovation. That is, widespread nihilistic mass killings. These have increased in frequency, feeding off each other. A certain kind of hopeless, vindictive young man has learned from social media. He can win a kind of dark “immortality,” in the form of infamy.

Think of this phenomenon as a kind of virus. It spreads, in a sense, by contagion. (In much the same way, “suicide contagions” have triggered dozens of teens to take their own lives, sometimes on video.) And it’s not a virus our societal immune system is at all ready to process and fight. In fact, it’s producing dangerous side effects in the form of political delusions that threaten our fundamental freedoms.

President Trump was prudent and statesmanlike in stating frankly on Saturday that no system of background checks for guns would have weeded out most of the mass killers in recent years. He pointed to what might have: a robust, functional mental-health system that used the due process means of civil commitment, and got unbalanced people off our streets.

Let’s say we confiscated every non-police or military-style gun in the country. Young men committed to dying in the process of murdering others won’t be deterred by the absence of guns. They could look instead to the method Timothy McVeigh used in Oklahoma City: a crude but effective fertilizer bomb. They could sabotage gas lines or release industrial poisons. As countries afflicted by terrorism have realized, it is very difficult to prevent murders by those who are willing (or even eager) to die themselves.

One form of derangement that mass killings have provoked is this: A highly-selective embrace of an extreme form of the precautionary principle. Put bluntly, it states that no loss of liberty is too extreme if it promises to yield an increase in safety.

Typically, these are the kind of people who resist such a panicked reaction. In the wake of 9/11, Americans were tempted to panic over Muslim jihad. A nation willing to sacrifice liberty for safety could easily have blunted the force of the First Amendment. President Bush could have tasked the FBI with infiltrating virtually every mosque in the country. He would likely have found political support for a blanket ban on Muslim immigration. (And courts might have upheld it.) Such measures would likely have yielded some real results, turning up Islamists linked to Middle Eastern and even domestic terrorism.

But the Bush administration decided that the price would have been too high, in U.S. religious freedom. Such acts might also have harmed American foreign relations and business ties. So the civil liberties left and pro-business right largely agreed with the Bush Administration in rejecting such hard-core measures. In fact, Bush even bent over backwards right after 9/11 to convey the dubiously truthful message that “Islam is a religion of peace.” The truth is … it isn’t always. But it suited American policy to act as if that were true, while quietly taking measures behind the scenes to help peaceful Muslims prevail over extremists. This hasn’t always worked, of course, as American victims of jihad attacks can testify.

On the immigration issue more broadly, however, political liberals reject pre-cautionary thinking entirely. Statistics show that illegal immigrants commit federal crimes at a much higher rate than native-born Americans. According to the Center for Immigration Studies:

If we were to apply even a moderate version of the pre-cautionary principle to immigration, we’d clearly see securing America’s borders as a very high priority. Instead, the left now calls for abolishing ICE, and supports local governments that adopt a “sanctuary city” policy of refusal to cooperate with immigration law-enforcement. The same progressives, however, show little sympathy for localities that wish to flout state-wide gun laws.

And here’s where we see the virus having its impact. The very same politicians who denounced President Trump’s pared-down, constitutionally-valid travel restrictions on people from countries ridden with terrorism, and who oppose meaningful immigration enforcement, typically embrace a radical, “Safety uber Alles” approach when it comes to guns. They favor practically every measure they can to restrict Americans’ access to firearms, within the limits of what’s politically practical. Lately, the hottest approach among anti-gun activists has been the “Red Flag Law” approach.

Under Red Flag laws, any private citizen with a grudge or unfounded worries can phone in a tip reporting that a U.S. citizen is “unsafe” in the exercise of his Second Amendment rights. Police will find a judge and request a Red Flag order. Given the political proclivities of most judges (and in fact, of most lawyers), the judge in most cases is likely to be unsympathetic to the Supreme Court’s jurisprudence asserting a right to private firearms. He also must worry that if he turns down such an order, and the citizen does shoot someone, he will be blamed.

Conversely, there are few repercussions for judges who seized guns promiscuously. So all the incentives lie on the side of judges signing Red Flag orders, willy-nilly. You know, “just in case.” The police will seize the guns. Then the citizen must at his own expense try to overcome a burden of proof against him. He must prove that he is “safe.”

I don’t think most Americans would favor a similar end-run around the First Amendment. (Imagine one aimed at mosques or websites whose message made random callers feel “unsafe.”) Would we support letting ordinary citizens call in ICE raids on their neighbors based on vague suspicions? So why apply such a “seize first, ask questions later” approach to the Second Amendment? That constitutional right remains, in many people’s minds, the red-headed stepchild of the Bill of Rights.

I’m thankful that the Supreme Court doesn’t think that way anymore. It worries me that so many of my fellow citizens do.