Her voice soars with inspiring fervor — and not only when singing patriotic music. Singer/actress Mary Millben shares her heart as a black conservative woman. 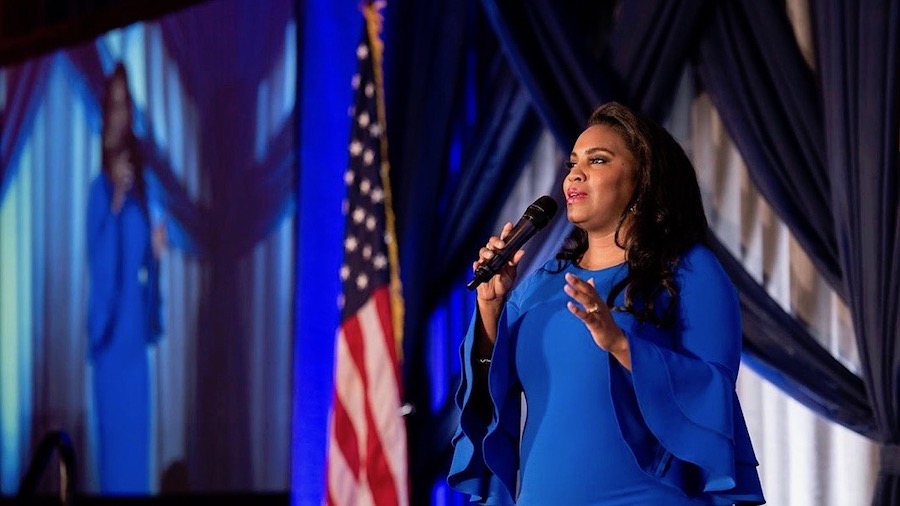 “Look across the country, and you’ll see a lot of division on a host of fronts,” said Mary Millben in a phone interview from Charlotte, N.C.

The singer has performed at the Super Bowl, in several films, and for three consecutive U.S. presidents. And on Monday, her stirring and soulful take on the National Anthem opened the 2020 Republican National Convention.

Millben hopes her voice can transcend current divides. “The anthem represents our shared love for this country,” she said. “What we need now are moments of unity — to put aside all politics, our differences of upbringing, or what have you.”

In an interview coming soon on @StreamDotOrg, she shared about her upbringing in Oklahoma and her views on transcending current divisions

Only hours before she stepped on to the national stage, Millben discusses her inspiring life story, responds to critics, and commends recent policies that she sees benefiting all Americans.

Singing the national anthem can seem like only a perfunctory part of an occasion. Why is it significant for you to give voice to the anthem?

Mary Millben: Today in our culture, there’s a lot of conversation about the national anthem. For the length of my career, I’ve been blessed to travel across this nation and perform America’s patriotic music. There is deeper meaning when we sing “The Star-Spangled Banner” at a sporting event or political function.

To me, it’s a sacred moment where we really pause — all of us unified — and reflect on the great country that we live in.

Thanks to those who have served our country, we have been gifted and granted vast liberties. In this moment, we stop and think about those who have laid down their lives so that we could have the freedoms that we are able to have.

Certainly I applaud those entities who continue to include the anthem in public forums, because patriotism should always be valued. By singing the anthem, I can be a part of facilitating moments of unity.

As an outspoken conservative, it’s notable that you are opening the RNC. What about the platform and the party values do you resonate with?

Millben: You’re right, it’s no secret that I’m a conservative. As a small business owner, I applaud policies put in place to help local entrepreneurs. 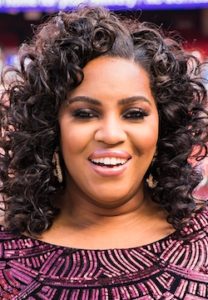 During this pandemic, we’ve seen Ivanka Trump at the White House working with Congress to bring in additional funds — millions of dollars, in fact — to help small businesses, with a focus on minorities and women.

That’s certainly one area where I align with the party. I am also vocal in supporting the pro-life agenda and family values.

But I have the great blessing of being in a profession that happens to be apolitical. As an artist, I perform in a diversity of arenas that have Democrats, Republicans, vegans, a host of a different perspectives.

I value that, because we are living in a time where we need to purposefully find ourselves in arenas around others that differ from us. Then we can learn from each other and grow in our own convictions.

The more diversity that we have in policy discussions, the better we will get to solutions that benefit all Americans.

That’s my stance above everything. At the end of the day, my strongest conviction is to use my platform as an artist to unify the country — regardless of party, religion, background, or what have you.

‘Look At the Policies’

Some black Christian leaders have significant differences with the current administration. How do you respond to critics of your involvement in this event?

Millben: Well, I always start off by saying: You’re never going to please everybody. My allegiance is first to the Lord. When I am asked to step into an opportunity, I don’t go to people first. I go to the Lord first, to seek his blessing, direction, and guidance. And then I go from there.

I’ve had the great pleasure to have performed for three consecutive U.S. Presidents. If you get asked by any president or administration, regardless of party, to perform, it’s an honor. It’s a call to service. So this is not my first rodeo.

To those who may inquire about an African American singing at the Republican convention, my response is: look at the policies and data. The unemployment rate has significantly dropped across communities of color, especially before the pandemic. I thank God for the ability to be able to use my gift to have work during this time, which is still very tough for a lot of folks.

“If you get asked by any president or administration, regardless of party, to perform, it’s an honor.”

Opportunity zones are a policy that Senator Tim Scott has designed and led, along with other members of Congress. That initiative has benefited minority businesses across this country. The Trump administration has also allocated the most money to historically black colleges and universities. Those investment dollars are benefiting families and communities of color all across the country.

No question, there are a lot of critics. But I encourage those leaders who are critical to sit down and research some of these policies. We need a mentality that says: Let’s do what’s best to benefit the country. Let’s move through this difficult season we’re in today, so that every American can reap the benefits of the great frontier that we live in.

You’ve spoken about patriotism, which many today contrast with nationalism. How do you navigate that line between patriotism and nationalism?

Millben: I think that there has to be some sensitivity to the line between patriotism and nationalism. In your expression of patriotism, your love for country, it certainly shouldn’t go to the extent that it demeans another country or culture. That can cross a line that is harmful and dangerous.

There’s nothing wrong with being proud to be an American. In the context of jobs or energy, the idea of ‘America first’ is one I resonate with. So I’m a big believer in patriotism. I’ve also had the great pleasure to travel all over the world, seeing and experiencing all types of cultures. People worldwide take pride in their culture and being a citizen of their country.

Most people are proud of where we come from. So I think that’s important. You just have to be careful that how you express patriotism doesn’t move in a direction that would demean another culture or country or another person’s sense of patriotism.

As you have opportunities to speak and sing on stages around the world, how does your upbringing keep you grounded?

Millben: My mom was a single mother in Oklahoma who worked very hard to raise her four kids. We certainly didn’t grow up with money in our pockets. But she put the Lord at the forefront of everything that we did. And we were blessed thanks to the benefits of this great country.

“My mom worked very hard to raise her four kids; we certainly didn’t grow up with money in our pockets.”

So I’m not a person who can separate faith and life, or faith and career. My compass is faith in Jesus Christ. As the Word guides me, my purpose is living as the Lord would instruct me. I’m not perfect by any means; I certainly make mistakes, but we thank God for grace and mercy.

It is in him we live and move and have our being, as the Scripture says. Before I’m an African American female, before I’m an American, first and foremost, I am a child of God. That’s first. With every opportunity I’m given, I pray for it be a vehicle for his glory.