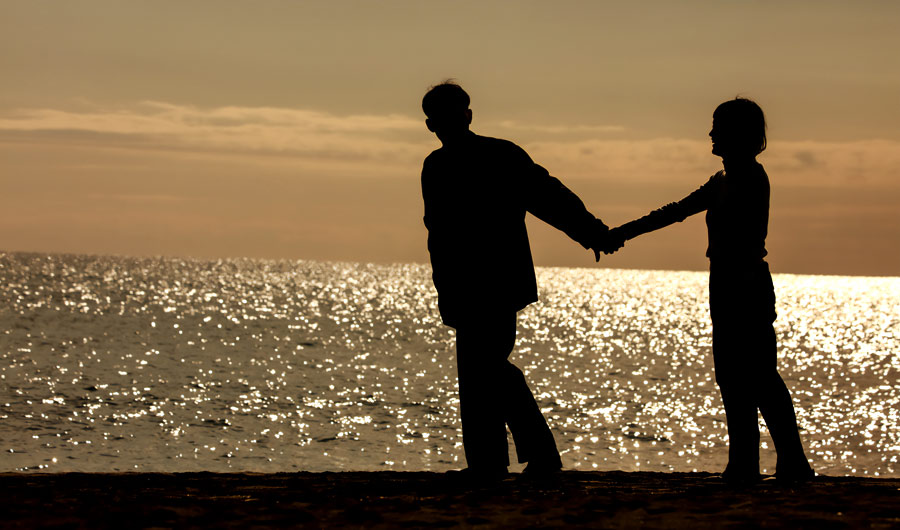 If you’ve been online in the last month you’ve likely seen the entertainment headlines breathlessly updating us on Jennifer Lopez’s breakup with fiancé Alex Rodriguez and subsequent renewed romance with her lover of almost 20 years ago, Ben Affleck.

But while celebrity relationships make great news, Americans are skeptical of Hollywood romances. A recent poll found that 69% of Americans don’t expect the J-Lo and Ben romance to last more than a year, and 78% said most celebrity marriages end in failure.

It’s easy to roll our eyes and chuckle to ourselves at the soap opera lives of celebrities. This reaction can especially be the case amongst us who come from a faith-based background. But the reality is no laughing matter.

While 73% of practicing Christians indicate that they are very satisfied in their marriages, according to a recent survey conducted by MarriageHelper.com and Barna Research Group, those numbers might not be telling the whole story.

Marriage is in Trouble in America

There has been debate over the last two decades about whether or not the divorce rate among Christians is on par with the rest of society or if Christians actually experience lower divorce rates.

According to data from the American Psychological Association and the CDC, American divorce rates hover around 40%-50%, and have for several decades. Landing on an exact number can be difficult though as not every state reports their divorce statistics.

But here is what we can know.

Every state does report its marriage statistics. From those numbers we’ve seen that the marriage rate has declined in America since 2000, with 25% fewer people getting married.

Additionally, the marital rate has fallen 50% from its all-time high in the mid-1900s. Less people are getting married now than ever before in history.

When you combine the decreasing marriage numbers with the 40%-50% divorce rate amongst reporting states, it’s easy to see that marriage is in trouble in America.

Christians Have a Higher Divorce Rate?

So, what about Christians?

Ideally, Christians, following the guidance of scripture, should have the most satisfying marriages and the lowest divorce rates. But some things must change in order for that to happen.

According to a Barna research study in the 1990s, Christians also showed a higher divorce rate than the general population.

So what has happened? Have Christian marriages gotten better, as 73% of practicing Christians claim? Or are Christians less likely to admit when there are problems — ignoring or afraid to address marital issues until things have spiraled out of control?

Ideally, Christians, following the guidance of scripture, should have the most satisfying marriages and the lowest divorce rates.

But some things must change in order for that to happen.

Being Honest and Understanding Commitment

First, Christians need to be open and honest about their struggles with people that they can trust. Many Christians don’t know where to turn and don’t know who to trust with their marital struggles. It can be embarrassing to admit problems when everyone else seems happy, when one is scared of judgement, or when one feels stuck because of their commitment to stay married forever.

Speaking of commitment, Christians need to properly understand what this means.

Research from Dr. Sternberg shows that commitment is one of the three areas of love. The good news is Christians tend to enter marriage with high levels of commitment because of strong religious beliefs. When times are hard, commitment — the decision to continue the relationship — is the glue that holds the relationship together until the couple can work through difficulties.

However, commitment also has a downside. Some Christians put so much emphasis on their levels of commitment that they are overconfident and blind to temptations that they encounter — setting themselves up for an affair. Just as we’re seeing with Jennifer Lopez and Ben Affleck, many committed spouses will reconnect with an old romance from the past, thinking that being Facebook friends with an ex from high school is perfectly harmless.

Overconfidence in your commitment can also lead to being complacent about growing in love with your spouse on a day-to-day basis. Strong relationships require hard work, but so does raising and providing for a family. With these competing demands, it’s easy to move our relationship with our spouse to the back burner.

Men, as the leaders of your spiritual house, it is important for you to take the lead in protecting your marriage.

Men tend to indicate higher levels of marital satisfaction, which was also echoed in the recent Marriage Helper/Barna survey. This isn’t surprising. Many studies indicate that men are less likely to ask for help or seek help for their marriage until the problem is severe. Our own research and first-hand experience at Marriage Helper lines up with the decades of research on this marital dynamic. When a wife brings up a relationship issue, the husband can be quick to defend himself or downplay the severity of the issue, passing the concern off as their spouse merely complaining.

The end result is the wife getting fed up with nothing changing and deciding the only option is to exit the marriage, oftentimes blindsiding the husband. A common refrain we hear from a husband is “my wife wants out, and I have no idea why” — not realizing that the years of requests from the wife for deeper connection, a change in communication, or increase in intimacy is why.

The bottom line is marital issues are not like fine wine. They do not get better with age. They are more like a moldy basement, getting worse if they are not treated properly and quickly.

At the end of the day, whatever the divorce rate is doesn’t matter. What matters is how truly satisfied people are in their relationships — not because they are looking to keep a perfect image — but because they are truly and deeply satisfied. The goal is helping all marriages, especially Christian marriages, thrive and experience the deepest levels of intimacy, passion and commitment that God intended.

And for those who experience the hard times in marriage, please know that you are not alone and there are steps you can take right now — like seeking out trusted guidance. While you may feel your marital issues are unique, it’s likely you are experiencing common problems that a trained marriage professional can help with.

With effort and guidance from others, you and your spouse can build love, stay in love, and grow deeper in love than you ever thought possible — just as God intended.

You can also take some practical steps. First, build intimacy by making time for each other. Seek to make your spouse your best friend, where you feel that you can be completely vulnerable with your spouse without fear of rejection. This often feels awkward and uncomfortable if you are out of practice, but repetition can start to reap rewards.

Then take steps to increase passion — and this isn’t just sexual. Passion is the craving for oneness with your spouse. Do you see a sunset and miss your spouse? Do you crave to spend more time with your spouse? If not, then begin to rebuild the passion in your relationship, which will also increase your intimacy.

Staying in a committed but loveless marriage or thinking divorce is your only hope, don’t have to be the only options for your strained marriage. Rather, with effort and guidance from others, you and your spouse can build love, stay in love, and grow deeper in love than you ever thought possible — just as God intended.

Kimberly is CEO of Marriage Helper, an organization that saves marriages in danger of separation or divorce due to issues such as affairs, anger, dishonesty, loss of passion, poor communication and other issues. Click here for more information on how Marriage Helper can help your marriage.