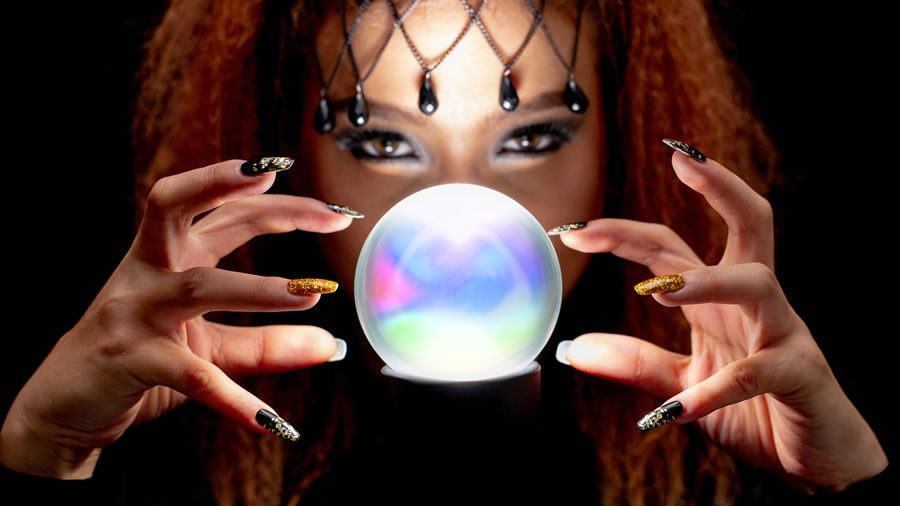 With many other conservatives, I’ve had a chuckle or two at the presence of New Age guru Marianne Williamson among the Democratic candidates. I’ve flippantly said that Keith Ranieri, leader of the sex cult NXIVM, ought to throw his hat in the ring too. Williamson’s trippy, mystical statements and occult associations highlight the unreality of the other Democrats’ worldviews, of course. There’s no harm in laughing at that.

But I felt my smile fade as I considered some cold, hard facts.

Harold Bloom famously wrote that such Gnosticism is the “American religion.” Ross Douthat riffed on that theme in a book of his own. Two major world religions, Mormonism and Christian Science, both originated in America with private “revelations” like the one which Williamson preaches. The post-Christian mysticism of the Transcendentalist writers, especially that Moses of humbug Ralph Waldo Emerson, arose as a revolt against the strictures of biblical Revelation.

I’ll never forget when my letter carrier dad brought home from the Dead Letter Office a gorgeously bound, collectors’ edition of selections from Emerson. It had the look and feel of a family Bible, so as a 13-year-old I was tempted to think the book must be “important.” I pored through its ivory pages, entranced. It all seemed so high-minded and noble. Those rolling, self-assured phrases with their quasi-biblical diction. They scoffed at the conflict between what I wanted to do and what I’d been taught was moral. That was all an archaic illusion according to Emerson. A relic from dusty, dead Europe. We here in America, in closer touch with Nature, could follow our soul’s promptings in perfect safety. So we had no need for priests or professors. We had … the great outdoors!

Two major world religions, Mormonism and Christian Science, both originated in America with private “revelations” like the one which Williamson preaches. The post-Christian mysticism of the Transcendentalist writers, especially that Moses of humbug Ralph Waldo Emerson, arose as a revolt against the strictures of biblical Revelation.

My young mind was hungry for the red meat of truth. In less than an hour I realized that Emerson was a bag of sugary candy. So I threw it across the room and never read it again. But alas, not all Americans are quite so cussed.

A whole philosophical school, which branded itself the New Thought, caught on in the 19th century. It taught folks to shed the “extraneous” elements of Christianity (such as the letter of scripture or dogma) for the “spirit” of self-liberation a given huckster was peddling. He might be promoting voluntary communism, like Robert Owen. Or fantasy-based capitalism, like Napoleon Hill (author of Joseph P. Kennedy’s favorite book, the self-explanatory Think and Grow Rich).

My first magazine job was with a business publication inspired by Hill’s philosophy. I’d write about Hill in 2008 as

an early-20th century pauper who did indeed become a millionaire … by peddling thousands of books door-to-door about how to become a millionaire. The book’s philosophy was a weird mix of elements from Ralph Waldo Emerson, Norman Vincent Peale, and Machiavelli.

At bottom, it argued that “the Universe” responds to our thoughts like hot Silly Putty in the hands of a hyperactive 5-year-old. Think dark thoughts, and the sun will set. Think green thoughts, and you’ll attract big, tottering piles of money. And so on — it’s the same message Oprah is peddling all over Africa with her sacred text The Secret. (Is your village starving? Then you must have been thinking starving thoughts.) The creepiest section of Think and Grow Rich was the part where Hill encourages readers to write down the precise day and month by which they will have earned a million dollars, then repeat that date to themselves hundreds of times a day, every day, for years, until it happens. Kind of like the Jesus Prayer — except, you know, for Mammon.

Others whose minds had been “opened” to new “spiritual” input were joining Christian Science, or going to seances and reading Madame Blavatsky.

The real-world origins of A Course in Miracles really are equally ludicrous. You can read all about them in a book by Catholic psychologist Fr. Benedict Groeschel. He was a student at Columbia of Prof. Helen Cohen Schucman. A secular Jewish agnostic, she found herself receiving “revelations” from no less a person than … Jesus Himself! (It helped that Schucman’s mother had dabbled both in Gnostic Christian Science and the works of … Madame Blavatsky.)

So Schucman wrote them down, at interminable length. Instead of ending up where they belonged, buried deep in some private drawer, she had friends help her edit and publish them. They soon attracted a following.

Everything Is an Illusion, Except Your Desires

The message? It’s rather confused, with some lovely purple passages. But essentially it conflates the person of Jesus with the whole of creation, and all mankind. Like Christian Science, it denies that the material universe is finally real, and waves away both sin and suffering as “illusions” which we can learn to see through. If only we train ourselves in the method of secret knowledge offered by the book. And by the extensive, for-profit classes offered all across California by countless disciples like Marianne Williamson. If this reminds you a little of Scientology, well that just means you’re a bitter and narrow person who doesn’t come from a “place of Yes.” We could say the same for the judge, who at the end of an ugly lawsuit over the copyright for A Course in Miracles, ruled that Schucman, not Jesus, was in fact its legal author.

Father Groeschel, who was fond of Schucman, reluctantly concludes that she was the victim of a “false revelation.” That’s the kind that come from spirits posing as “angels of light.” He watched with sadness as Schucman’s claim that suffering is purely illusion fell apart for her, when she descended into clinical psychosis before her death. An experienced exorcist might have something to say about how and why that happened.

As an Angel of Light

If you really want to understand what’s behind all this, don’t read A Course in Miracles. Instead read The Necromancers, by Robert Hugh Benson. As a young man, he dabbled in Spiritualism, before converting to Catholicism and becoming a Catholic priest. He depicts in this chilling autobiographical novel how destructive false revelations from outside “spirits” always prove. He maps out the inexorable disintegration of reason, collapse in morals, and implosion into the Self such Gnosticism fosters. As I wrote back in 2011, the novel

details what happens next: a slow, sick burn seeps into your brain. The colors of nature (which you’ve raped) all fade to a sickly, jaundiced yellow. Having glimpsed the dark underbelly of things, you become utterly cynical. Ordinary knowledge, earned through hard labor, loses all attraction compared to secrets, conspiracies, and gossip. You begin to see other people with that hideous spiritual hunger that demons feel all the time, as if they were healthy animals and you were a parasite, looking for somewhere to batten on them and drain their strength. Soon the glamour of evil fades, and once it’s too late (by any human power) for you to escape, you feel deep in your bones the crassness, the foulness, the cheapness of what you have become.

What better creed for the Party of Death to rally behind today? It offers “religious” trappings for coddled, selfish moderns. It tells them to “follow their bliss.” It lays down a “spiritual” basis for fantasy-based politics. You know, like Williamson’s airy promise of $500 billion in reparations for slavery. It vaccinates people against the very words of Scripture, by telling them its “real” meaning. That secret inner meaning? It just happens, by pure coincidence, to match what our egos and libidos would like to hear.