Why I March? To Reject Pro-Abortion Christianity

We are called to spearhead a movement that emphasizes love, compassion and justice for the least among us. 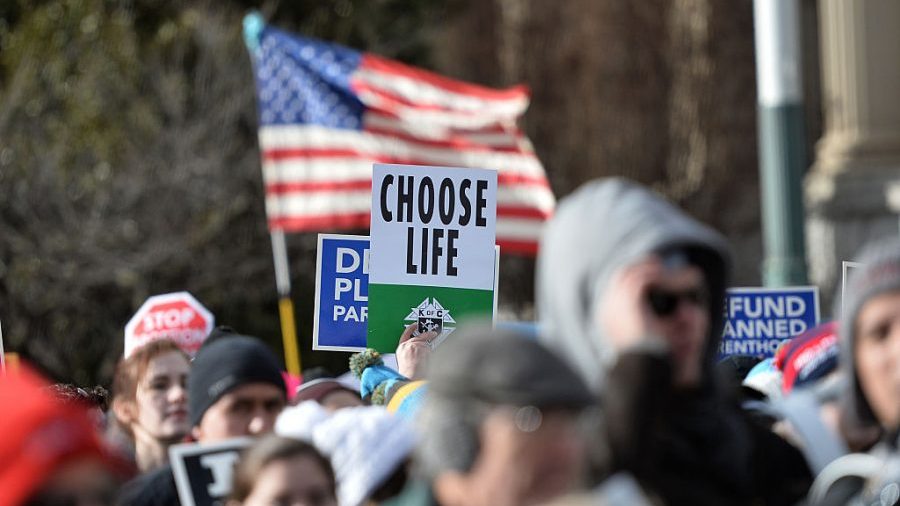 Pro-life demonstrators march towards the US Supreme Court during the 44th annual March for Life in Washington, DC, on January 27, 2017.

It happened when another female student admonished a pro-life statement I made. To be honest, I don’t even remember what I said. Maybe something about Planned Parenthood committing genocide. I can’t recall my exact comment. But the young woman’s passionate defense of an abortion clinic is still a vivid memory. I was left baffled. She was not a radical feminist classmate. Not my coworker. Not an unsaved friend. This was a fellow Christian.

I regret saying nothing in response to the young woman.

Guilt is not from the Lord, but conviction certainly. I regret my missed pro-life witness in that particular situation. Because of my naiveté, I foolishly believed that everyone who professed to follow Jesus also rejected abortion. But I’m thankful for the lesson behind that stinging encounter.

We live in a deceived society where even professing Christians succumb to pro-abortion arguments. This reality should push us to speak up, prepare a defense, and keep marching for the sanctity of life

Just last November, I reported that a group of liberal clergy gathered in Fort Worth, Texas. They were there to “bless” an abortion clinic and its workers, sing “Hallelujah,” and declared abortion a “God-given right.” The “prayer” event was organized by Christian clergy with the Religious Institute, an inter-faith advocacy group co-founded by a Unitarian Universalist Minister and sexologist. Mhmm.

When talking about abortion, I’ve also seen a trend among liberal Christians to stereotype pro-lifers as single-issue voters consumed with the unborn, but not the baby, or mother, or any other injustice. It seems to me a clever pivot aimed to detract and diminish pro-life efforts. A move that is totally unnecessary.

Christians are never permitted to advance or belittle the murder of innocent lives.

Take the InterVarsity’s Urbana 15 conference speaker who criticized the pro-life movement as “a big spectacle” in front of 16,000 evangelicals. The speaker’s discussion was on racial injustice. Instead of criticizing, the speaker could have noted the pro-life movement also works to eradicate racial injustice perpetuated by abortion and Planned Parenthood in minority communities.

Unfortunately, there are more examples where Christian leaders send contradictory messages about life and justice. I’ll limit my word count here, and recount just one more occasion. This story still makes me scratch my head in disbelief.

In 2015, IRD’s President Mark Tooley reported that a staff member of the United Methodist Church’s General Board of Church and Society agency openly mocked the March for Life. The staffer tweeted a picture of himself at the March holding a sign reading, “I March for Sandwiches” and captioned, “I was inspired by the march for life to march for what I believe in!”

I should mention that at the time, this staff member’s title was “Director of Civil and Human Rights.”

God’s Love for the Unborn

Christians are never permitted to advance or belittle the murder of innocent lives. Instead, we are called to spearhead a movement that emphasizes love, compassion and justice for the least among us.

The March for Life 2018 theme is “Love Saves Lives.” It’s my favorite theme so far, as it reminds me of the One who knew me even before I was formed in my mother’s womb (Jeremiah 1:5). The One who loved me so much that He sacrificed His only beloved Son so that I could be saved from death and adopted into His family (John 3:16).

There are many reasons why I join the March for Life year after year. Last year, I marched for the dignity of my unborn daughter. Other years I’ve marched in support of post-abortive women left wounded by abortion. This year, I march in protest of the notion Christianity supports abortion as a “God-given right.”

Every year, I march as a witness of the One whose love offers salvation to the world. That loves includes the unborn.

‘Pro-Life is Pro-Science’: March for Life Releases Theme for 2019