March for Life Introduces Its Theme for 2022: Equality Begins in the Womb 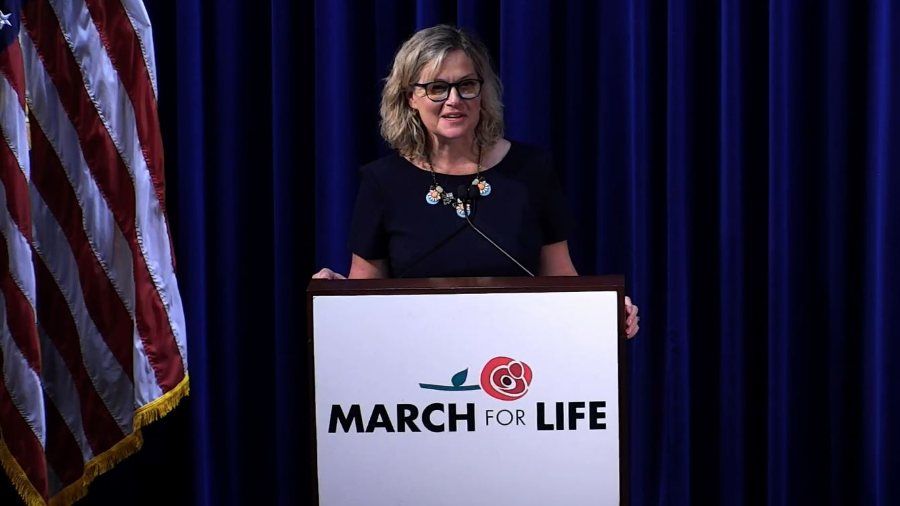 The March for Life organization announced Wednesday its theme for 2022: Equality Begins in the Womb.

March for Life president Jeanne Mancini made the announcement at an event hosted by the Heritage Foundation’s Kay Cole James.

March for Life and the Conversation of Equality

“It’s hard to believe that it’s our 49th annual March for Life,” Mancini said. “And yet this is a historic year. And there’s so much ahead of us this year.”  She talked about how Americans of all walks have been discussing the meaning of the term equality. “The term, it’s invoked often, but it’s rarely defined.”

While these discussions are crucial for America, they lack one critical element, Mancini said.

While nearly everyone seems to agree that the topic of equality is important, there’s little agreement on what the definition of equality is and who it applies to and how that should be applied to important policy questions. So, with that in mind and taking … that cultural conversation as a springboard, the March for Life has chosen ‘Equality Begins in the Womb’ as our theme this year.”

The March for Life wants to include in that conversation of equality “unborn children who are often overlooked because they cannot speak for themselves. … Injustice anywhere is a threat to justice everywhere, including in the womb.”

According to Mancini, the upcoming Supreme Court case Dobbs v. Jackson Women’s Health Organization will have an impact on the unborn and on equality. The case, which challenges Mississippi’s law that bans abortion after 15 weeks, is set to be heard on December 1, 2021.

“Our prayer is that this year’s theme … will allow not only for hearts and minds to be changed … that hearts and minds will be convinced of the inherent dignity of the human person from conception, but that there will also be, included in this robust debate the topic of the unborn child, not only debate but laws as well, and that that unborn child will be legally protected in our country.”

Joining Mancini on the panel discussion: Ryan Bomberger, CCO of The Radiance Foundation and Carrie Campbell Severino, Chief Counsel for the Judicial Network. Grazie Pozo Christie, MD, policy advisor for The Catholic Association, couldn’t attend in person, so she provided a pre-recorded message, which was played at the function.

You can watch the entire event here: