January is the National Sanctity of Life Month. 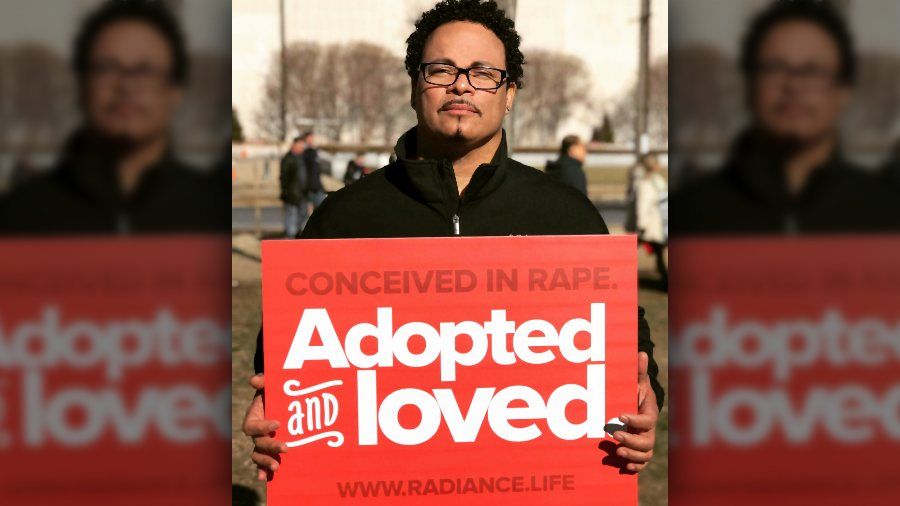 Ryan Bomberger was conceived in rape.

“Conceived in rape, are you kidding?” He told The Stream. “Who would want a child conceived in rape? Well, my [adoptive] parents did. They weren’t concerned about how I came to be. They were passionate about who I was meant to be.” Andrea and Henry Bomberger parented 10 adopted children and 3 biological children.

Ryan knew he was adopted, but until age 13, he didn’t understand what rape meant. Learning had a profound impact on him. While many adoptees question why their birth mom would choose to put them up for adoption, Ryan now understood why. “But because I was so loved by my parents … I didn’t fall apart. I didn’t become angry. I didn’t become embittered. … [S]he didn’t have to choose life for me. My parents certainly didn’t have to adopt a child who was conceived in rape, but yet all those things led to me sharing my story.”

Ryan was pro-life from a very young age. Not long after he discovered how he came to be, he gave a persuasive speech in 8th grade about abortion. He talked about his story. “And I … witnessed the way people reacted. And I knew that I had a story to share.”

James Robison, founder of The Stream, was the first person Ryan knew of who was also conceived in rape. James’ story is “such a powerful testimony,” said Ryan. “I mean, look at what God does. He redeems all things. He enables triumph to rise from tragedy all the time, and James Robison is obviously such a great example of that.”

He’s the One Percent

Ryan acknowledges that his mom could’ve had an abortion. He’s the 1% that pro-abortionists talk about as a reason abortion should be legal. Ryan has an interesting perspective of the abortion industry: The abortion industry is like an abusive relationship to women who have unplanned pregnancies. “They get used and basically abandoned. The abortion industry isn’t sticking around. Especially if you choose to have a child, they offer nothing.” He added, “I just encourage young women to contact a local pregnancy center. There are maternity homes … that are run by passionate pro-life people who’ve been on that same journey. They know exactly where these women are.”

Abortion is Not a Political Issue

Christians can help the pro-life cause if they would stop seeing abortion as a political issue. “It is a deeply spiritual and moral issue. When you stop seeing it as political, you can then see the exploitation easier. You can then see the abandonment easier. You can then see the need much more easily. And that’s where we, as Christians need to be. We need to be able to see the need. Not only see it, but meet it.” Christians cannot be apathetic any longer. “In the end, abortion diminishes our humanity. it’s the destruction of those made in the image of God. And so I want people to see that for what it is.” 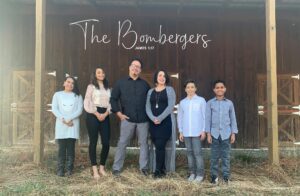 Ryan and his wife, Bethany, have four children, two of whom are adopted. “As an adoptee [and an] adoptive father, I feel like I’ve experienced this full circle sort of experience. And … I talk about the beauty of adoption, but I don’t pretend that there aren’t incredible struggles. There are. There’s joy, there’s triumph, there’s failure and there’s restoration. And I’m praying that my life is a tangible example of what God does through adoption. And I would say this: In the natural and the supernatural, adoption brings healing and wholeness.”

Ryan and Bethany founded the Radiance Foundation — named after their daughter — which Ryan describes as a “life-affirming” non-profit organization. They bring awareness to pro-life issues through live media, multimedia talks, live talks at Ivy League schools, Capitol Hill briefings, creative ad campaigns and billboards. They also have a podcast called Life Has Purpose.

Every Life has God-given Purpose

James 1:17 is the Bomberger’s family verse: “Every good and perfect gift is from above, coming down from the Father of the heavenly lights, who does not change like shifting shadows.”

“I love that verse for our own family,” Ryan says, “Out of four children, three of them were ‘unplanned.’ All four of them [are] loved like crazy. So for me, it’s something that I grew up experiencing, being at the receiving end of that love from my parents. And now being able to pour that out, not only as a parent, but also through the work that we do through the Radiance Foundation, just highlighting that children are a gift.”

“God’s opened up so many doors for two people who had no idea how to run a nonprofit to be able to share the foundational truth that every life has God-given purpose.”