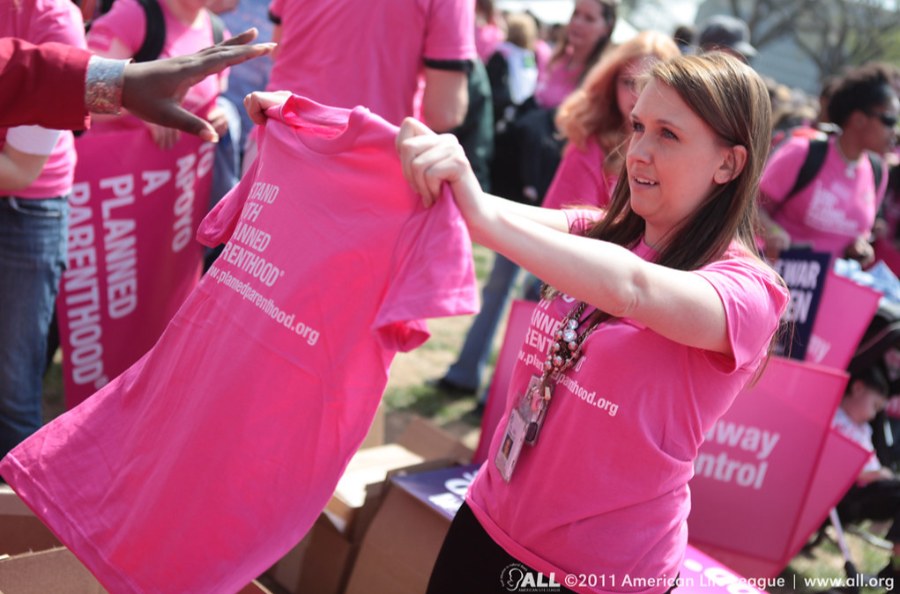 There was a time when the motto of abortion proponents was, “safe, legal, and rare.” They seemed to implicitly acknowledge the self-evident truth that killing human beings in utero is wrong. So they hoped to win our acceptance of it as a necessary evil.

They lobbied to make abortion legal for those rare, tragic situations when a woman seemed to have no other options. This way, they said, we can ensure the safety of that rare, unfortunate woman who must reluctantly undergo an abortion and then face the painful consequences.

Maybe that was really what they wanted back then. It is no longer nearly enough. The evolution in abortion activists’ advocacy offers a lesson in how to make evil not merely permissible, but fashionable — in 3 steps.

I call the first step whitewashing. It’s all about covering over the real ugliness — about making something that is dirty look clean.

Planned Parenthood is the nation’s largest abortion provider and recipient of at least 500 million taxpayer dollars every year. But we never hear those who lobby for the funds confront the organization’s racist roots. The fact is, Planned Parenthood was conceived of the evil desire to decimate the black population.

They cover the evil of the plan with happy talk of women finding fulfillment in their jobs, freed from the little black lives that some said didn’t matter.

But of course they don’t talk about this in light of what it really is — the success of a racist scheme. They cover the evil of the plan with happy talk of women finding fulfillment in their jobs, freed from the little black lives that some said didn’t matter.

The second step is normalizing. It’s all about making support for abortion “rights” the accepted, status quo position. It’s about making those who refuse to support it look like the backward bigots.

We see this in the very use of the term “pro-choice.” As independent, freedom-loving Americans, it is normal for us to want individuals to have “choice.” Our default position is to favor “freedom.” So the term “reproductive freedom” has natural appeal for us. It would appear to be a value we honor.

In truth, however, the act of rape could be classified as “choice” or “reproductive freedom” just as readily as abortion. What is “normal” is for one person’s “freedom” to end where another person’s rights begin. So neither abortion nor rape is the kind of freedom that is an American value.

We can also observe normalizing in the framing of abortion as “women’s health care” and the frequent demand for “access” to it. Women’s access to health care is surely something everyone favors. But abortion is not “care” for a woman’s health. Rather, it is the destruction of her baby’s health. It is not normal for society to provide access to such a service.

People make full-time jobs out of working with Hollywood actors, writers, and producers to put abortion in the spotlight and make it look good. In a recent story by The Washington Post Magazine, Caren Spruch tells of her campaign, starting back in the mid-’90s, to “organize celebrities” and turn them into abortion activists. The story describes how abortion clinic staff are made to look friendly, and how activists have been pitching “abortion stories” at the Sundance Film Festival for the past seven years.

On the website, “Shout Your Abortion,” one reads snippets of stories from post-abortive women. They say things like, “My abortion was pro-life. I decided that my own life was something of value.” And, “Challenging the narrative. My GOOD abortion.” The site sells a necklace bearing the word “abortion.” The item description reads, “Definitely in the running for world’s coolest necklace. A beautiful way to let the world know that abortion is just fine.”

It was wrong of us to ever indulge in treating abortion as a “necessary” evil. By ceding that ground, we cleared the path for the ensuing efforts to whitewash the industry’s racist roots, normalize the practice of abortion, and even make it glamorous.

The abortion industry may have succeeded in making evil fashionable for a time, but because truth doesn’t change, they can never succeed in making it right.