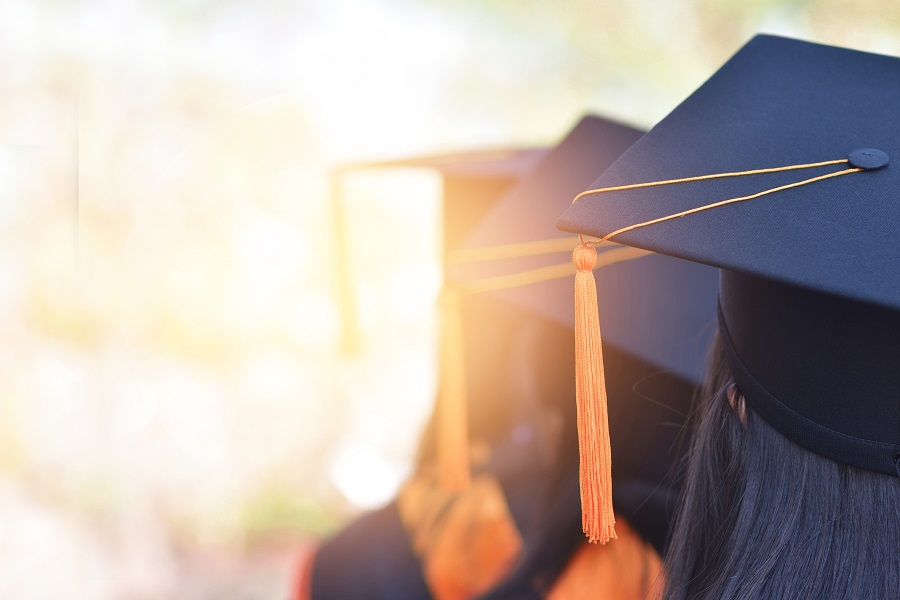 Higher education remains the undisputed pathway to social mobility. We need to have a broader view of what it might entail than we do now. We need to encourage innovation that increases the value of the experience — quality as a function of cost — and that smooths the pathway to student success. And importantly, we need to consider the full range of the American workforce and not put our thumbs on the scale, favoring one sector over another, as our system does now.

Take people in jail. One in three American adults has some type of criminal record. I had no idea it was that high. And more than two million Americans are currently in prison. Most of them will eventually get out and face unique challenges. A man in jail once asked me for advice on how to get a college degree after he finished his sentence. I was impressed by his ambition. But my first thought was that the time and the expense might prove insurmountable barriers. How much of his high school academics could he remember? Wouldn’t he be starting all over?

But what if men and women in this situation could begin to earn credits while behind bars? Perhaps through online competency-based programs like what Western Governors University offers. And then transition to some kind of subsidized apprenticeship program, funded by federal dollars along with private industries? The sooner former prisoners could recover the dignity of honest work, the less likely they’ll be to return to a life of crime.

Last Monday the Trump Administration said that will encourage this kind of creative action. It outlined its priorities for higher education in a five-page memo. Among other things, it calls upon Congress to target Federal financial aid to prisoners eligible for release.

This memo came just a few days before dropping a higher-ed related executive order, which I recently unpacked. There’s some overlap, but I’ll focus on what’s unique to the memo.

The White House is releasing the memo because the Senate’s education committee has pledged a bipartisan overhaul to the Higher Education Act by Christmas. The Trump Administration is on board with that timeline. To get there, Senator Lamar Alexander, R-Tenn., the Chair of the Senate’s Health, Education, Labor and Pensions Committee, hopes to have legislation out of his committee this spring. That way the full Senate can consider it this summer.

The memo calls for big changes. It perceives that the higher education industry doesn’t focus enough on the changing needs of the workforce. The memo acknowledges the importance of post-high school training. However, it then says “many colleges and universities have been unable or unwilling to provide the necessary types of education in a cost-effective manner.” Total student debt in America is approaching $1.5 trillion, a 350 percent increase since 2003. Only 24 percent of Federal student debt is in a repayment status where both principal and interest is being paid down.

How can colleges lower student costs? The memo calls for a streamlined accreditation process focused on student outcomes. The idea is that accreditation requirements can burden colleges. They needlessly add administrative costs and stifle innovation in how education is delivered.

What if — without sacrificing quality — colleges made it easier for students to graduate? That would cut down considerably on student debt. For example, they could be more accepting of credits earned at other institutions. Or they could be more flexible about granting credits to students based on competency rather than seat time in a classroom. The memo pushes Congress to require colleges to develop prior learning assessments (PLAs). It pushes colleges to alert students of these opportunities and whether financial aid might be available to cover these PLA costs.

All of this makes sense. An increasing percentage of college students today — in fact, the majority — are non-traditional. They’ve had prior work experience, or they’re older, or they’ve served in the military, or they’ve previously attended college but dropped out, etc. They’re trying to boost their skills as quickly and inexpensively as possible. Why make them retake classes in subjects they’ve already mastered? Instead, come up with ways for them to demonstrate that they already have the specific skills. Of course, innovation on the part of the colleges along these lines requires support from the accrediting bodies.

The memo calls on Congress to “expand Pell Grant eligibility to include high-quality, short-term programs that provide students with a credential, certification, or license in a high-demand field.” By limiting what students can do with their Pell Grant funding we neglect the needs of certain sectors in the modern work force (like the skilled trades). And we push students along educational paths that may not match their talents or interests.

The Federal Work Study (FWS) program, as of today, is similarly limited. It favors campus-based jobs, which are more convenient for residential students. However, they don’t necessarily allow students to build the skill sets that will help them land high paying jobs upon graduation. Besides, most students don’t live on campus these days. So the memo asks Congress to reform the FWS program “to support workforce and career-oriented opportunities for low income undergraduate students, not just subsidized employment as a means of financial aid.”

In 1987, William Bennett was Secretary of Education under President Reagan. He famously argued that increases in financial aid drive increases in tuition. The colleges don’t want to “leave money on the table.” If they know families have access to easy money, kick up the tuition to capture the funds. And why not? Raising tuition lets you pay for snazzier things that students actually want. It lets you compete more effectively for students. The validity of the Bennett Hypothesis has been endlessly debated. Still, the White House memo seems to side with Bennett, citing a much more recent analysis.

You may not believe it’s that simple. Consider this: by making subsidized student loans widely available, irrespective of students’ credit scores, don’t you run the risk that some students may borrow too much? At the undergraduate level, current policy acknowledges this. There are limits to how much a student can borrow — both annually and cumulatively — while completing his or her bachelor’s degree. But there are no such limits to how much parents or graduate students can borrow. With graduate school enrollment growing faster than undergraduate enrollment, and with graduate programs being more expensive, the Trump memo wisely calls for the imposition of such limits.

How the Other Half Learns